The revolution is now finally here, Google wallet launched out in market for Sprint Nexus S 4G phone now. Google has made its mobile payment system – Google Wallet launched and is available to the public. With this system, Google plans to turn the phone into a wallet. The system is available to consumers who use a Sprint Nexus S 4G phones and Citi, Master Cards and Visa cards. The service is associated with your Google Account and you need to agree to the terms and conditions and enter a PIN for integrating your cards with the Google Wallet Account. Sounds Interesting right? Read further to know more about Google Wallet. 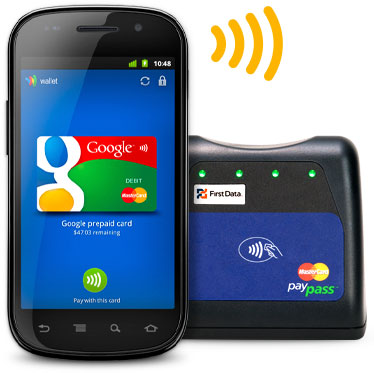 Google will have support for Discover and American Express cards in the future. The service had a beta launch in May and had undergone testing in select markets.

The Google wallet and the Google offers products are based on an open platform and will combine multiple credit cards, loyalty programs and offers at the point of sale. Even though the service has great potential, its use is limited as of now due to the following reasons:

Google eventually wants to dominate the Smartphone market and this will service will ensure that it is able to track spending behavior and have custom advertising as well. This is a small piece in the larger puzzle of smartphone and advertising wars being played out.  This massive will turn your smart phone into a mobile payment system. This is a real revolution and people will love this android app for sure. Google wallet launched its app today, just keep waiting for more info on this.