Cyber world was facing the danger of losing its life “Internet” by censorship movements like SOPA, ACTA etc. The creators of these acts saw a huge tide rise up in the form of unification people  and also people who use internet around. These people of different parts of the world included several organizations uniting together. The saddest moment in the file sharing history for the internet users was the shutting down of  megaupload.com and its authorities were put behind the bars for 50years. After this incident, all other file sharing websites have started deleting most of the illegal and warez data. The main reason for this was the fear of facing charges they would expect from the government and also to save their existence in the world of Internet. 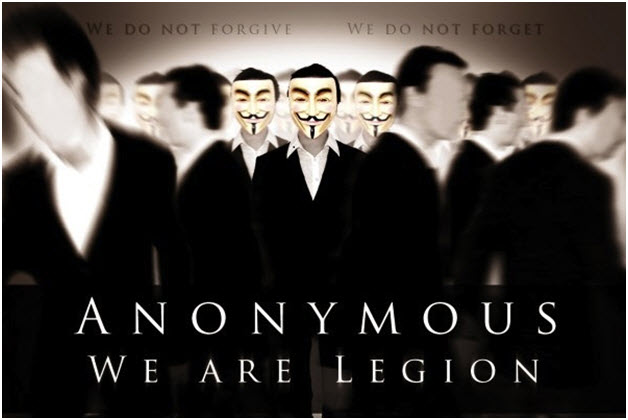 This led to a revolution of its own kind, several petitions were raised to stop these acts. But when nothing went in the way group of hackers and internet users, some of them from round the world called  the Anonymous started a cyber-war against such authorities. These attacks included temporary shutting down of several official websites, hacking their data etc… which ultimately led to a halt on such acts.

Recently Indian courts have issued orders to block few websites like dailymotion.com, vimeo.com and many other music sites in concern to copyrighted materials over these sites. Once again the Indian Anonymous teamhas declared a war against the government orders. Already in the past few days some of the government websites were hacked and were brought to temporary shutdown their words from their post are quoted as follows

So what exactly is this Anonymous group do? and who are they? just take a look at the video shown below.

Those websites quoted above received a hit but were immediately brought up active by the government officials. This time it’s not a simple cyber-war instead the Anonymous team has decided to protest in various cities of India on June 9th and their schedule from their post are quoted as follows…

Anonymous – #OpIndia – We warned you

Anonymous has already done many street protests earlier this year. Some of the protests have really shocked the government and here is the protest from LA.

Anonymous at Scientology in Los Angeles: 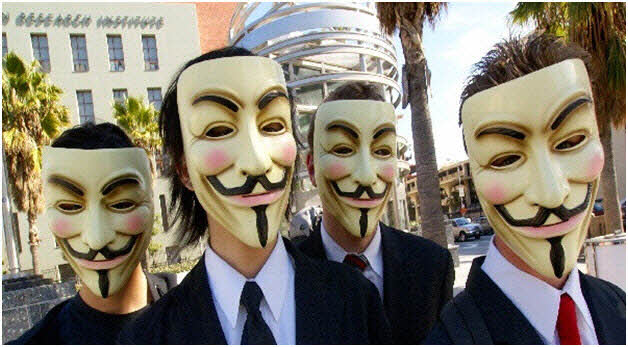 Information from the Past: Why Anonymous is Born?

Last year the internet saw a debacle as authorities from west passed few bills which included SOPA (Stop Online Piracy), ACTA (Anti-Counterfeiting Trade Agreement) and PIPA (Protect IP Act). This led to the censoring of internet where in internet users would get restricted to almost all the content available to them on the internet. So, internet will not be  for free and would be charged for accessing those contents. SOPA brought in many restrictions in the internet relating to copyrighted materials and under SOPA you could get 5 years of imprisonment for uploading a Michael Jackson song. Then came the time when the file sharing community was hit by a shock when megaupload.com was shut down and their founders were put behind bars after which there was a severe protest in the cyber world where in several posts were made against it, one of the image that went viral is shown below.. 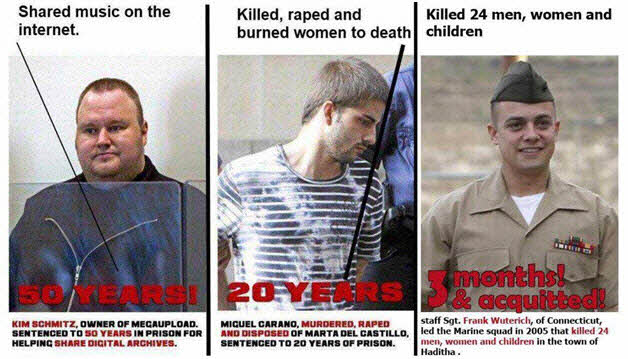 A video named SOPA Cabana went viral over youtube, which showed the people how they have been attached to the internet and how the cyber world would become if SOPA is not pulled out from its roots.

Anonymous started posting several articles over blogs and videos in youtube and one of its video went viral which was a call of alarm for the people of America.

Several attacks were done on the government websites, with which their websites shutdown temporarily. This was one on a huge scale from all around the world. These were in successions until those acts were made to halt down so that the internet would become a free place to breathe. Unlike before where in information is freely available from Wikipedia, entertainment from Youtube and other entertainment sites which would secure the future of cyber world. 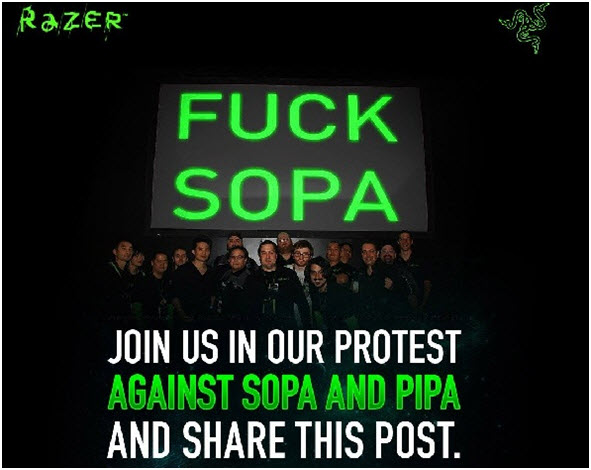 Also Razer one of the famous E-Sports gear producing companies launched a campaign called ‘FUCK SOPA’ and this image went viral. So, what do you think? are you one among those Anonymous team who is reading this? or Are you one among those Internet lover, who want the data on the Internet to be free? Then join Anonymous Protest on June 9th in various places of India. Lets make the world with free Internet. We are going the event this June 9th. What about you?

You have to wear a mask to join the protest in your city. Click here to get a anonymous mask and Click here for more information about Anonymous and also about the protest on June 9.