The tablet game is now packed with amazing offerings at great prices. Amazon’s Kindle was a well received reader/tablet and after the launch of the Google Nexus 7, we’ve been hearing rumors about a new Kindle. What we didn’t expect, however were multiple new devices. There’s now a larger selection of Kindles at pretty affordable prices. Here’s the Amazon Kindle Fire 2, Kindle Fire HD first look as well as the new Kindle Paperwhite. 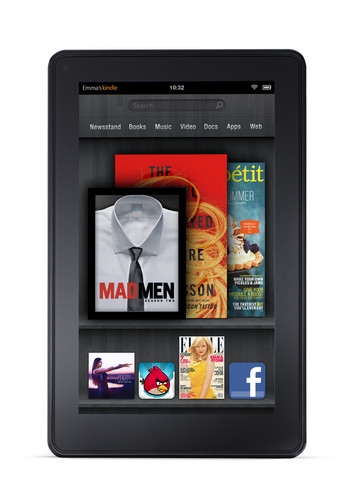 The successor to the Amazon Kindle Fire, the Kindle Fire 2 improves upon its predecessor in almost every aspect. It’s basically a revamp of the older Kindle Fire, rather than a reinvention. Now housing a more powerful 1.5 GHz processor, double the RAM at 1 GB and a better battery, Amazon promises over 44 percent more performance over the previous Kindle Fire. The best part? Even with these upgrades, the Kindle Fire 2 is now available for a lower price of 159$ instead of the original 199$. It looks pretty much the same though and there’s no camera or Bluetooth, but for that price you really can’t complain! 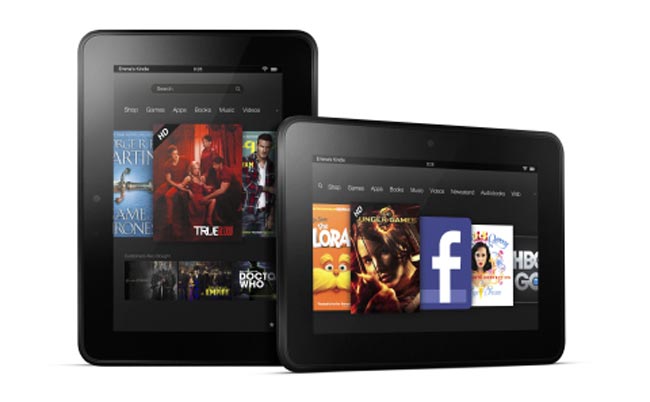 The new offering from Amazon this time around is the fantastic Kindle Fire HD. Now this is Amazon’s reply to the Google Nexus 7. There’s also a larger 8.9 inch version. The 7 inch one comes with a Texas Instruments OMAP 4460 and the 8.9 inch one comes with a Texas Instruments OMAP 4470 with additional graphics processing power to power the larger and higher resolution screen. The 4460 is a dual core 1.2 GHz and the 4470 is a 1.5 GHz dual core. The Kindle Fire HD 7 inch screen runs at a resolution of 1280 x 800 and the 8.9 inch screen runs at 1920 x 1200. Furthermore, the Kindle Fire HD 8.9 will come with 4G support and increased storage capacities of 16, 32 and 64 GB. Both Kindle Fire HD’s also now have a front facing camera for video calls, Bluetooth support and 1 GB of RAM. It’s more of a full fledged tablet than just a larger e-book reader now. However, unlike the Google Nexus 7, both Kindle Fire HD’s come only with Android 4.0 Ice Cream Sandwich. The prices are very competitive though, have a look:

Finally, the original Kindle has also been updated with better hardware and batter life. Another device called the Kindle Paperwhite was also announced, which is an e-book reader with 3G connectivity, illuminated screen and promises a staggering 8 weeks of battery life, even with the active lighted screen. So what do you think about the Amazon Kindle Fire 2, Kindle Fire HD first look, along with the refreshed devices?