Come December 20th, one of the most popular music players of all time will be no more. Winamp will no longer be available to download and there will be no further support for it. It might have been long in the tooth, but Winamp still figured on most best music players for Windows lists, so it’s definitely going to leave a void. You can still continue using it of course, but you’ll soon have to move on to other players which are still being supported and developed. Here’s where we come in! If you’re looking for a music player and manager for your Windows PC to replace Winamp, you should definitely consider the following: 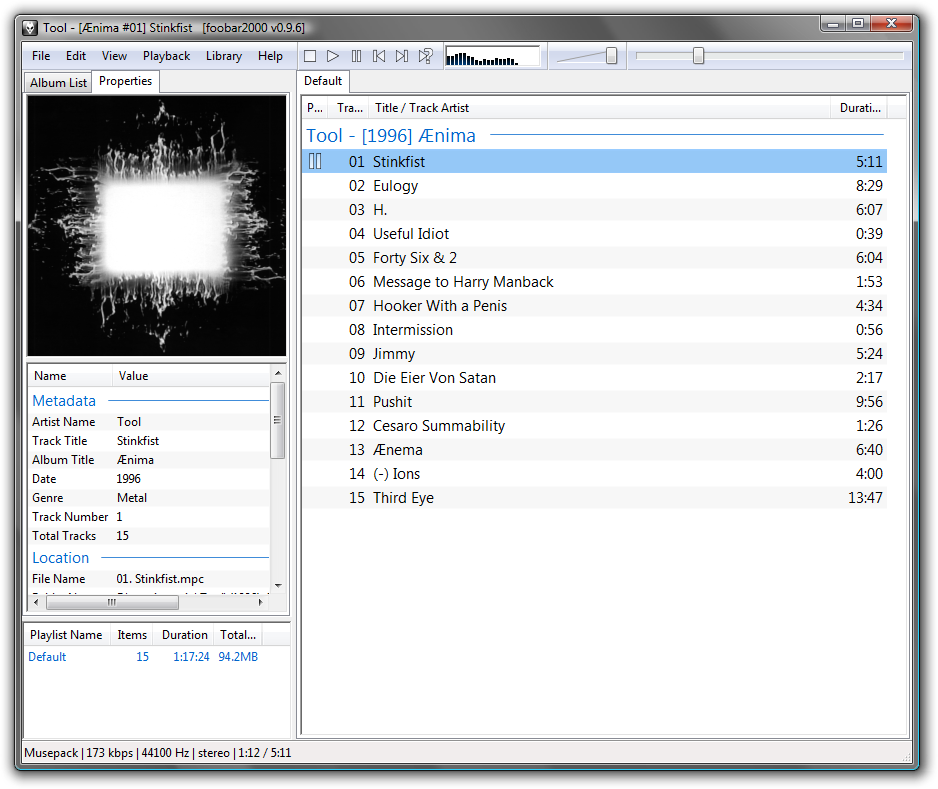 foobar2000 is one of the most lightweight, customizable and powerful music players out there. It might not appeal to everyone because of its relative complexity and simplicity though. When you first fire it up you’re not greeted by a flashy UI or anything, and it will require some tweaking to be the way you want, but that’s where its strength lies. There’s a ton of addons and plugins that you can use to customize foobar2000 to be the exact way you want. It can play literally any music format you throw at it, and doesn’t hiccup even at the most mammoth of music libraries. So if you’re a music hoarder who loves having things exactly the way you want, this is the player for you! 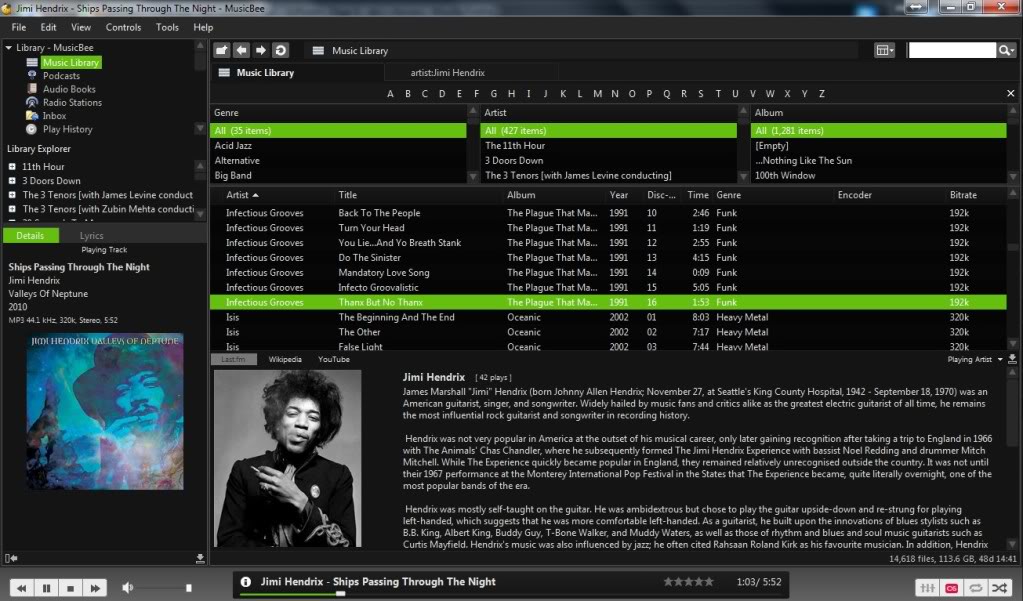 MusicBee is another fantastic and rather good looking music player and manager that is equally useful. Like foobar2000, it also lets you customize the look and feel with various skins and plugins, but the default functionality itself is more than enough. It makes organizing your music a breeze, and can automatically fill in missing information for your music. There’s also podcast and internet radio support, and it display song/artist information as well as lyrics while songs are played if connected to the internet. The Auto DJ and social networking sharing built in are nice touches as well. 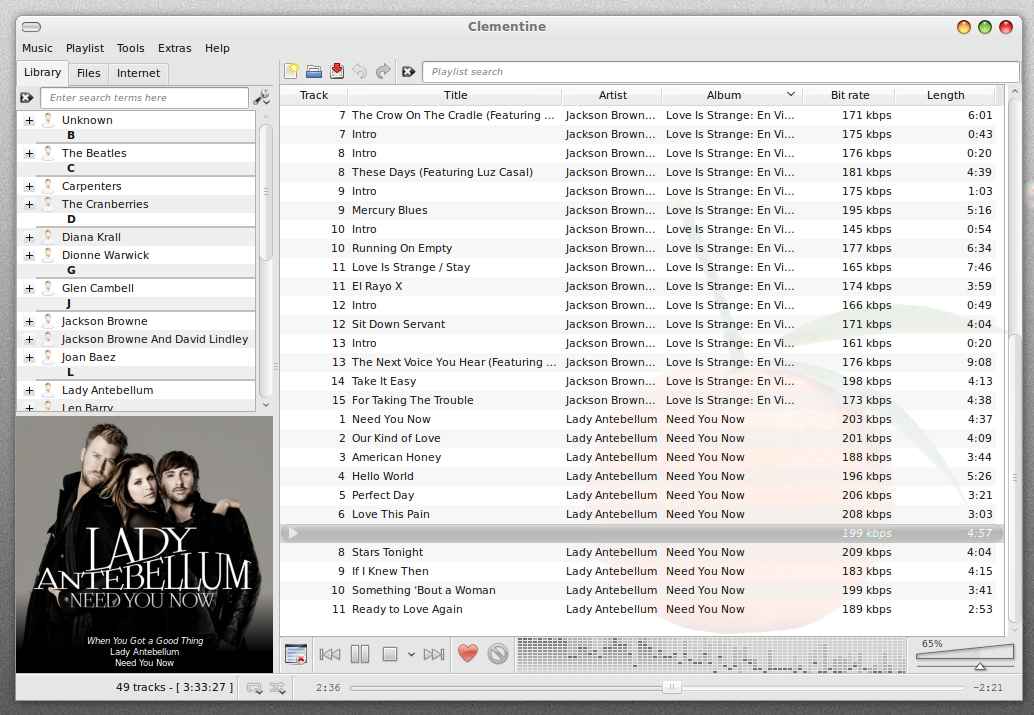 Clementine is a great player to have if you have an Android phone with which you share your music library. It lets you remote control your library via an Android device, and even a Wiimote! Apart from that, it has a whole load of really cool features you’d want, but it’s more of a player than a manager. There’s custom playlists, the ability to play songs from cloud storage, podcast support, internet radio support and it allows you to replace missing tags using MusicBrainz. Oh also, it’s not only limited to Windows, so you can share and organize your library on Mac OS X and Linux as well. 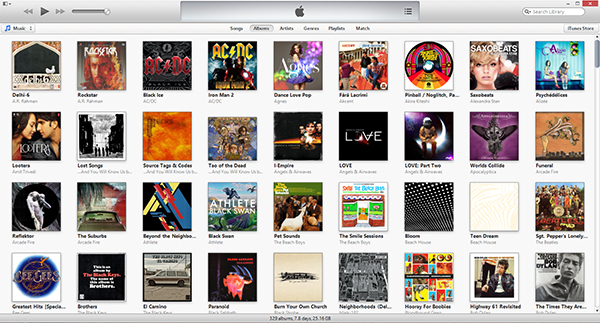 Probably the most well known player on the list, iTunes is a good option even if you don’t own an iPod, iPad or iPhone. It may be a little heavy on resources, but is nevertheless a pretty fast and good looking player. Since the iTunes Store has now expanded to more countries, you can even buy pretty well priced movies, music and audiobooks, plus there’s iTunes gift cards as well. Organizing music is pretty easy as well, and if you let iTunes do it, all you need to do is drag and drop music into a specific folder and it will be synced with your library. And finally there’s the new internet radio option, so you always have new music! 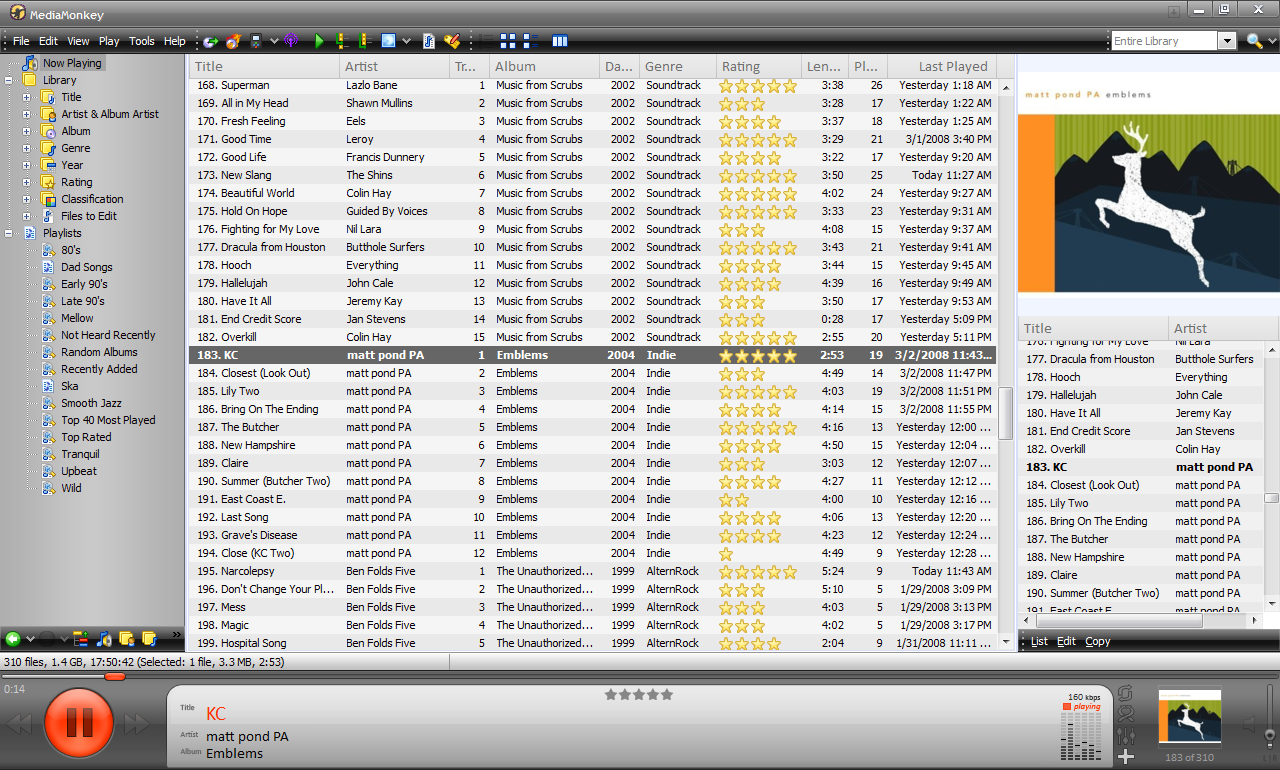 Other than Winamp, you’re sure to find lots of users who swear by MediaMonkey. It’s both a great music player and organizer, so is a great choice for those of you with huge music libraries. It plays pretty much any music format, is highly customizable, lets you tag and search for your music, syncs with a wide range of portable media players, lets you stream content to other devices, comes with podcast support and much, much more. If this isn’t enough, 25$ gets you MediaMonkey Gold, which comes with even more authoring and advanced features. It’s a complete package and should satisfy every type of user.

Organizing and playing your music is one of things a lot of people like complete control over, and the 5 players above let you do just that. If you’ve got any other such software that you think are better, do let us know!