The first day of the Build 2014 conference was packed with a lot of announcements, the biggest being Windows Phone 8.1, the Windows 8.1 Update 1 and of course, new developer features and changes. Towards the end of the keynote, Stephen Elop took the stage, expressed his enthusiasm about the Microsoft-Nokia merger, and revealed 3 new Windows Phone 8.1 devices, the first that would run Redmond’s new mobile OS out of the box. These three, or rather two, devices are vying for entirely different ends of the price spectrum, but promise to deliver the same smooth Windows Phone 8.1 experience regardless of their hardware differences. Here’s the lowdown on the newest additions to the Lumia family! 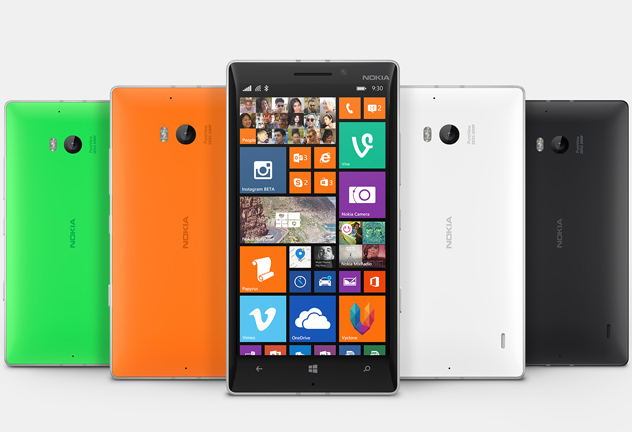 First up is the Nokia Lumia 930, successor to the popular Nokia Lumia 920/925, a flagship phone that brings together powerful hardware and latest software. Technically an international version of the Verizon only Nokia Lumia Icon, the Lumia 930 is a great looking device with an aluminum frame, metallic accents and a polycarbonate back. It will come in orange, green, black and white, and is expected to hit stores somewhere in June, starting with Europe and then Asia, for $599. Just like its bigger brother, the Lumia 1520, the Lumia 930 features a 20 MP PureView rear facing camera with OIS, and will also include updated versions of  Nokia’s Storyteller and Creative Studio apps to enhance your photography experience. Wireless charging is built in as well, and 4 high quality microphones, 2 on each side of the phone, ensure the absolute best audio recording capability. Hardware specs are as follows: 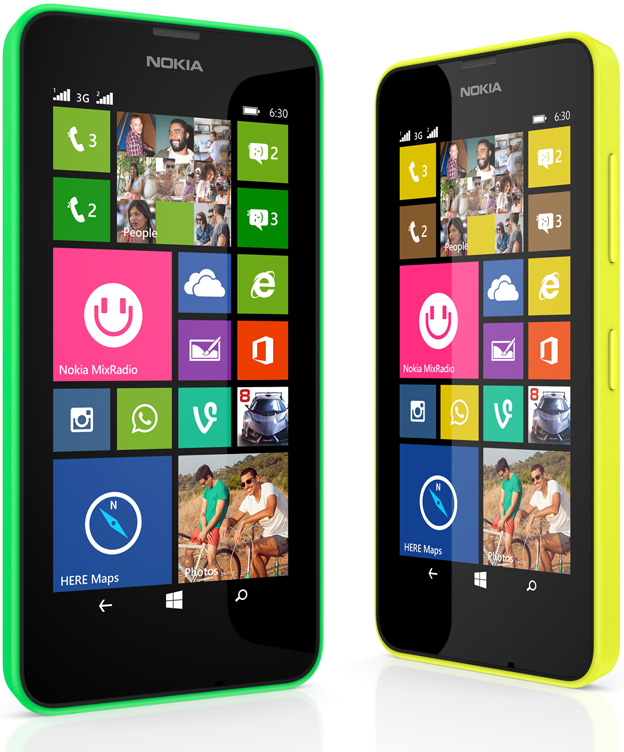 Following the success of the highest selling Windows Phone, the Nokia Lumia 520, the Nokia Lumia 630 and 635 are two budget oriented phones that bring the best of Windows Phone 8.1 at an affordable price point. This budget friendly duo is notable for quite a few things. First of all, the Lumia 630 is the first 3G dual SIM Windows Phone, and will introduce Windows Phone 8.1’s dual SIM handling capabilities. It will let you designate separate tiles and colors for calls/messages/emails from each SIM, and even lets you designate which contacts should use which SIM. Secondly, the duo introduces SensorCore, a low power motion sensor that helps in fitness tracking, integrated with the Bing Health and Fitness App. Thirdly, these will be the first two phones to feature onscreen buttons instead of hardware buttons. Other highlights include a ClearBlack screen, expandable storage, changeable covers, and the addition of LTE on the Lumia 635. The only difference between the two is their network capabilities, while the Lumia 630 is 3G only and comes in a dual SIM variant, the Lumia 635 includes 4G LTE connectivity but no dual SIM. These phones are expected to be launched in May, first in emerging markets like India, China, Brazil and the like, and will carry the following pricetags:

The pricing looks very aggressive, and the duo could very much repeat the success of the Lumia 520. Also, since they’re launching before the Lumia 930, they will be the first Windows Phone 8.1 devices in the market. Full specs follow:

So what do you think? Does Nokia have potential bestsellers or are these phones going to drown in the already overflooded mobile phone market? Let us know via the comments below!