It’s finally upon us, the biggest sports event in the world! Kicking off on June 12th, the FIFA World Cup in Brazil is undoubtedly going to be an amazing experience. However, for some of us around the world, catching up on all the matches isn’t possible because of time zone differences. Fortunately, there’s a whole load of great apps for your smartphones that keep you abreast of all the action, including news, analysis, predictions and much more. All the 4 apps we’ve listed are available on all 3 major mobile platforms, Android, iOS and Windows Phone. Note that since the official FIFA app isn’t on Windows Phone, we haven’t included it, but it’s a great app for those on other platforms. So without further ado, here’s our picks for the top 5 apps to track the FIFA World Cup this year!

The Best FIFA World Cup 2014 Apps For Your Smartphone 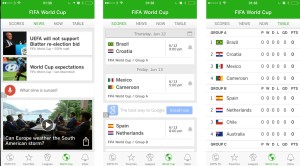 First up, we have the official ESPN football app. ESPN is also one of the official broadcasters of the World Cup and one of the largest media networks in the world, so you’re definitely getting some of the best news and analysis out there. There’s also an option to choose your favorite team and follow specific news, fixtures, find in depth information and more. For those who really want to get in the game, there’s also an option for in depth commentary. All in all, it’s more football than you can shake a stick at! Or soccer, whatever floats your boat. 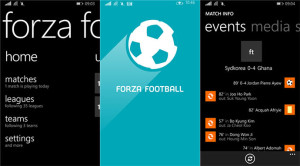 The popular Android and iOS football app Forza Football finally made its way to Windows Phone just as the FIFA World Cup is about to begin, which is great news for footy fans on Redmond’s mobile platform. Forza Football lets you choose your favorite teams, and provides real time match updates along with news and forums, and is a great social experience as well. One of the most popular sports apps out there, Forza Football is sure to satisfy all your World Cup needs! 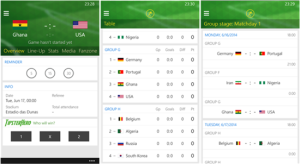 Onefootball by itself is a very well known football tracking app, with a wealth of news, fixtures, statistics, lineups and much more. For the FIFA World Cup 2014, however, this German developer has released a special app called Onefootball Brasil which aggregates only World Cup news and information. You can select your favorite team to get a curated news feed, customized notifications, schedules and much more, in addition to videos, minute to minute commentary as well as pre and post match analysis. Definitely one of the best World Cup tracking apps out there! 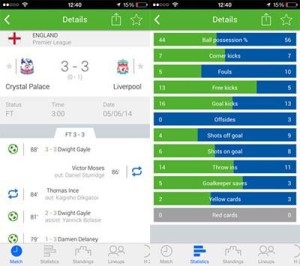 While not exclusively a Football app, SofaScore is nonetheless a great addition to any football lover’s app collection. Combining a slick interface with fixtures, playoffs, schedules and live scores, SofaScore is a light and functional app that does what the name suggests. It may not have as much information as some of the others on the list, but for a quick glance, SofaScore provides all the information you need. There’s a special tab for the FIFA World Cup 2014, along with regular sports updates from around the world. 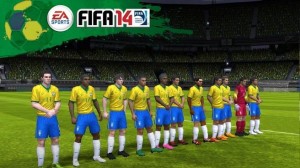 Tracking and following the World Cup is one thing, but if you’re in the mood to get into your favorite player’s boots on the move or recreate a match, there’s nothing like EA Sports FIFA 14. This licensed game has just picked up an update on all platforms that adds the FIFA World Cup 2014 teams with their official kits, including the Adidas Brazuca, the official match ball of the tournament. Featuring multiplayer and over 600 teams with 33,000 players, FIFA 14 is the ultimate mobile game for football lovers.

So those were our picks for the best FIFA World Cup 2014 apps, do you think any other deserve to be on the list, or do you think one of these apps isn’t good enough to be here? Do let us know what you think via the comments below!