Once upon a time there used to be Polaroid cameras that instantly printed photos once you took them. They died out after digital cameras and internet sharing became popular, but the cool factor can’t be denied. In this day and age, most photos are being taken only to be uploaded to social networks like Facebook, Twitter and Instagram, so what if there was a camera which had the best of both worlds, old and new? That’s exactly what Socialmatic thought, so here’s the lowdown on the new Socialmatic camera! 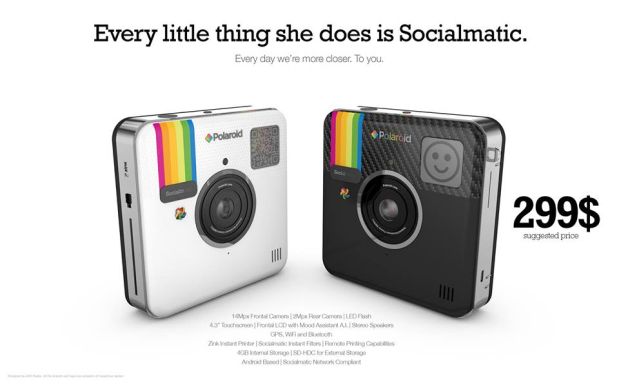 The Socialmatic camera is pretty much the ultimate social camera. If you love taking pictures and uploading them to social networks, this is the perfect camera for you. The Socialmatic camera has been floating around as a concept for quite a while now and almost seemed like it wasn’t going to see the light of day, but the Socialmatic Facebook page confirmed that it will indeed release in early 2014 with a suggested retail price of 299$. Preorders for the retro styled digital camera are open now.

So what’s different about the camera you ask? For one, it’s almost completely social media focused. Pictures can be uploaded to Instagram instantly, with filters and all, apart from Facebook and Twitter of course. Secondly, it can print photos instantly, with whatever filters you’ve applied. Apart from this, there are some pretty neat sharing features. For example, a photo can be printed with a QR code that can be scanned to instantly follow a user on the Socialmatic network. Then there’s remote printing, that allows you to take a picture on one camera and send it to another. 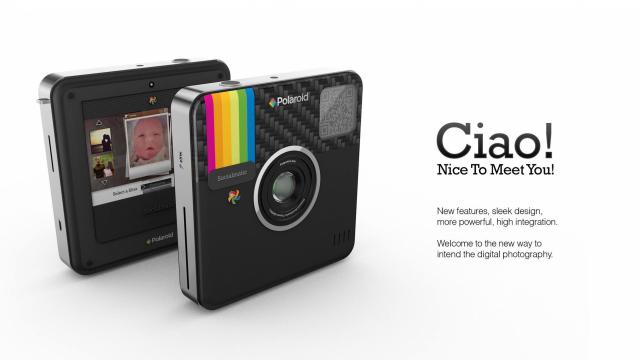 As far as features are concerned, the Socialmatic camera is covered, you’re now probably wondering about the actual camera hardware. Since its Polaroid branded, we can expect good, if not great quality photos from the rear facing 14 MP lens and front facing 2 MP lens. Yep, this is a camera that’s equipped to handle selfies as well. The single LED flash might be a little disappointing, but since this isn’t final hardware we might see an upgrade. Not much has been revealed by way of specs, but we do know that it will run on some version of Android and feature Bluetooth, WiFi, GPS and expandable storage. A SIM slot is probably included as well for sharing on the go, and the 4.3 inch touchscreen will take care of showing off all those photos you’ve taken.

On paper it sounds like a great product, but not only will picture quality make or break it, but in this era of increasingly powerful cameraphones, are people still ready to spend 300$ on something like this? For us the most interesting part is the instant photo printing and the retro looks, what are your thoughts on the Socialmatic camera?