So you got yourself a new Windows Phone 8 device, instead of grabbing an Android device or iPhone like the majority out there. Whether it’s your first smartphone or you’re just switching over from another platform, one thing’s for sure, you’ll have to bear with some changes. Getting the most battery backup out of your phone requires a bit of tweaking, so you will have to take a couple of minutes to set everything to get the experience you want. Here’s some easy ways to extend the battery life of your Windows Phone 8 device!

Recommended: Must Have Windows Phone 8 Apps 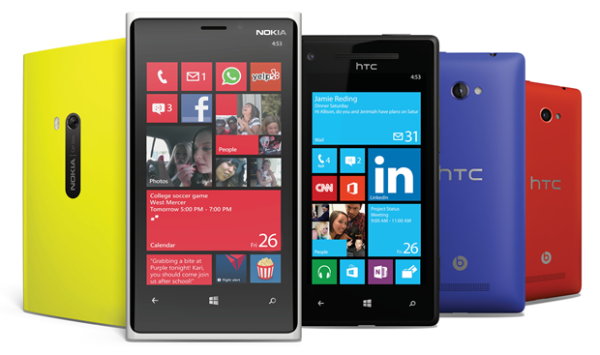 If you aren’t using them or don’t need them, services like Bluetooth, NFC and Location can be pretty massive battery sinks. While Bluetooth (the older versions, at least) and NFC constantly require battery power, location services periodically keep checking for your location and drain battery. Turn on these services only when needed to save battery power instead of keeping them on all the time. Location services can be kept on if you’re using location based apps on a regular basis, but make sure that there’s a data connection to support it as well.

Change WiFi Settings and turn on only when available

It’s pretty similar for WiFi as well, if you’re not using it, keep it off. But even when it’s on, there’s a couple things that can be changed to make it more power efficient. Under Settings>WiFi>Advanced, uncheck “Notify me when new networks are found”, “Automatically connect to WiFi hotspots” and “Send information about WiFi connections to help discover nearby WiFi”, because it’s really no point having your phone search for WiFi networks when there’s little chance of them being available. However, “Keep WiFi on when screen times out” should be checked”, it’s quite necessary.

When inactive, the phone should lock itself after a certain period of time. Set it to a value like 30 seconds so that you don’t inadvertently leave the screen on after using the phone. Similarly, under Settings>Brightness, turn off automatic brightness and set it to low for maximum battery efficiency. Although automatic brightness is really cool, it can use up a fair bit of battery. After all, the screen is one of the biggest battery drains in a smartphone!

If you’re rocking multiple email accounts on your phone, don’t be surprised if you don’t get great battery life. Email account syncing isn’t easy on the battery, so make sure you set it according to usage. Under Email+Account and Sync Settings, you will find the option to download new content on a timely basis. For the lesser accounts, something like 2 hours or even manually should do, and your high priority mail account can be set to something even less. If the Push option is available, even better! Unnecessarily checking for email for accounts that aren’t too important every 15 minutes can eat up your battery, so choose wisely.

Set battery saver to turn on when battery is low

Battery saver is a setting that extends battery life at levels under 20% by disabling secondary phone functions. This includes mail syncing, notifications, live tile updates and the capacitive buttons backlight, where available. Make sure this is turned on, because you need the ability to communicate more than stuff like WhatsApp notifications. A connected setting is available under Settings>Display, which also dims the screen brightness during battery saver mode, this is important too.

Turn off automatic backup and checking for phone updates

By default, Windows Phone 8 devices are set to backup the app list and settings, text messages and pictures periodically. This is done to ensure that in the case of a hard reset, most of your data remains safe. However, these backups can be hard on the battery, so under Settings>Backup, turn off all backups and do it manually whenever you need, like once in a month or so.

Similarly, your phone also keeps checking for updates periodically and automatically downloads them if set to do so. Again, this can be a battery drain, so we recommend you check for updates manually.

To keep all those fancy looking live tiles well….live, apps keep running in the background and might even be using up your data. For the apps that aren’t pinned to your Homescreen or for the apps where a live tile isn’t necessary, it’s best to block their background tasks. On the Settings screen, swipe to the left to access Background Tasks and block all the apps you don’t think you need live tiles for or background tasks to run. It will save a lot of battery as well as data.

If you’re not much of a gamer or don’t really care for Xbox Live, turn off “Connect with Xbox” under application settings, or you can just turn off “Sync game requests” or “Show game notifications”. By the way, this will also allow some games to boot up faster since they won’t look for a network connection and sign in before starting up. So it’s a win win either way.

Windows Phone 8 is slightly different compared to other mobile operating systems, and it does require some tweaking before you can make the most out of it. Since battery life is one of the primary concerns of a smartphone user, squeezing out even that extra hour from your phone’s battery is valuable and these tips should help you do just that. Do let us know if they’ve worked for you and if there’s anything that should be added here!