Have you ever wished that your status had some color? Did you ever hope your friends understood exactly what you feel? Have you felt like you deserved more likes on the jokes you cracked on Facebook? Guess What! Your dream may come true! The Search giant has been granted a US patent that allows them to use a simplified interface for users to choose a cartoon strip in their choice of Social networking sites. Exaggerate and communicate as much as you like with your friends and family while using these very funny cartoon strips. The US Patent 8621366 has made Google alone, the repository to add some fun to your status. Although there is not too much talk about this new entry, “simplified user interface” will help users embed their expressive cartoon to a specified social networking site.

With a multitude of extremities now coming your way, the companies hope to make your social networking experience a much happier and comical one. Whether is it an embarrassing experience or the funny thing you’d like to share, your Googlestrip will be right there to support your status. This humorous idea will certainly be a hit among Facebookers. All the boring statuses will be eliminated as humor and color come into the spotlight. 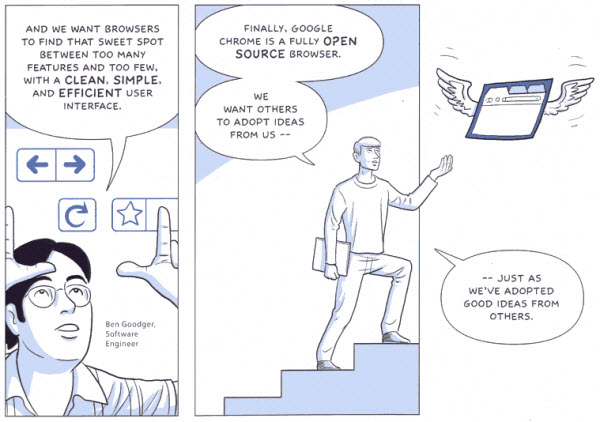 Caricatures and creative dialogues let you express and exaggerate your feelings. The patent is named ‘Self-Creation of Comic Strips in Social Networks and Other Communications’. Share anything on your favorite social networking site, including what you had for breakfast! The comic strip allows you to portray a dialogue between two people (in speech bubbles). You can also give a witty title to your comic strip. The people’s would be cartoon characters can be chosen from different themes. This personalized comic strip can be shared through email or social networking sites. 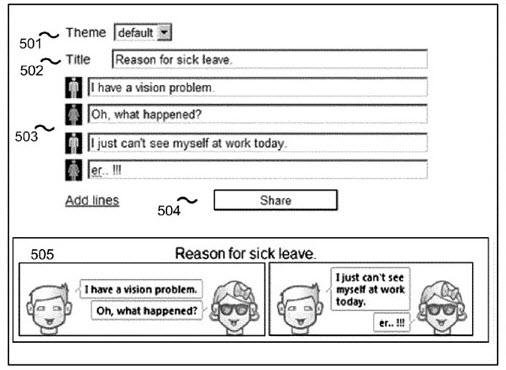 The patent suggests that this would be the most useful way to communicate funny items, like jokes. Present users can eliminate the plain method of delivering jokes, which usually seem to vanish in a whole lot of visual content like videos and photographs. The new system can be considered for serious communications, as well. A real time conversation, news or educational ideas can also be delivered through these comic strips. Bite size information and the cartoon visuals would be perfect to deliver some kind of important news.

Reading was for 2013 and 2014 is yet to see a change in communication. Creative users can certainly rejoice with this new expressive opportunity. So get ready to have comical conversations with your friends!