There must be many things that you wouldn’t know about DotA and its inner mechanisms which we call it – The Game Secrets. Most of these are basic game mechanisms and some of them are rarely occurring moves that only trigger when certain elements are present,and some are merely minor bugs that even the game developers/programmers are not aware of. Now let us talk and share the game secrets or mechanisms,that are not necessarily elements to improve your game, things that aren’t particularly required to play and succeed but it is something that will give you a bigger perspective and idea of DotA’s inner workings.I’m not gonna bore you with intro and crap,that’s not me or my nature, So let’s begin.. Now lets talk about item based game secrets. 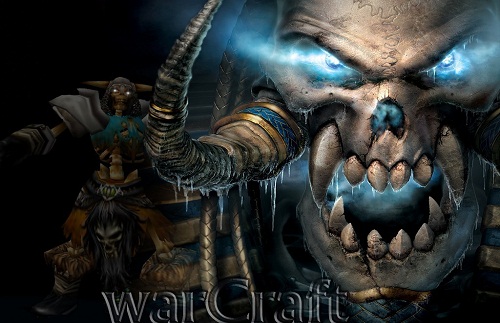 Hi guys, In the previous post i have discussed about the famous DotA game with a brief post called
Warcraft DotA – A Revolutionary Multiplayer Game which got really some good response from you guys. Now i am going to write about the unknown tips of DotA which are very useful for you to win the game online. The post will be mainly on Hero based secrets, tactics and items used in the game. So lets start the list.First part i will be talking about the Hero based secrets and tactics.

1) Nortrom or Silencer can steal your opponents intelligence even when his INTELLIGENCE falls to zero. (giving him -1, -2… INT) but Nortrom’s Last Word gets
disabled if he himself is silenced.Implying if Silencer is silenced, he won’t be able to silence other’s with his Last Word. 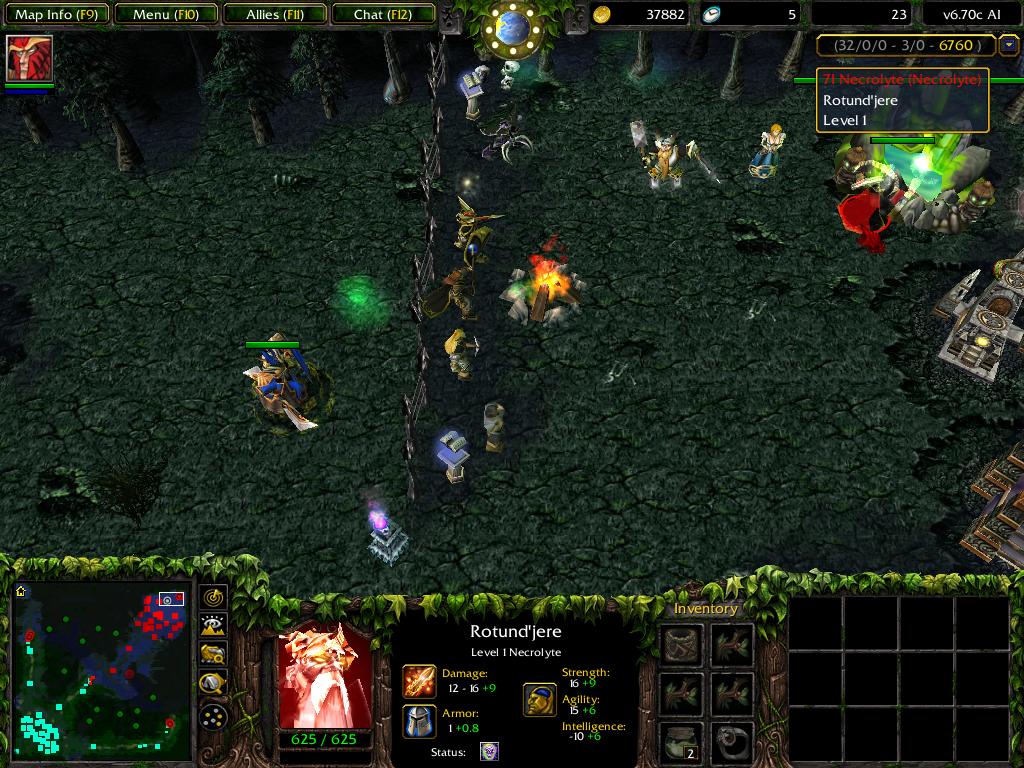 As it can be seen from the screenshot that it was tested and Necrolyte’s Intelligence was stolen by Silencer til his Intelligence fell into negative(-10) and his mana tank becomes empty disabling him to cast any spells.Though stealing intelligence til it reaches negative integers is impractical in  professional DotA games, it is just a possibility that is demonstrated showing the limits and the realms of the game.

2) Rylai’s aura stops working when she is invisible.

3) You can use items while in Juggy’s Omnislash. eg. dagon, orchid malevolance, healing salve, etc.Similarly You can Teleport while juggy is spinning in his blade-fury. 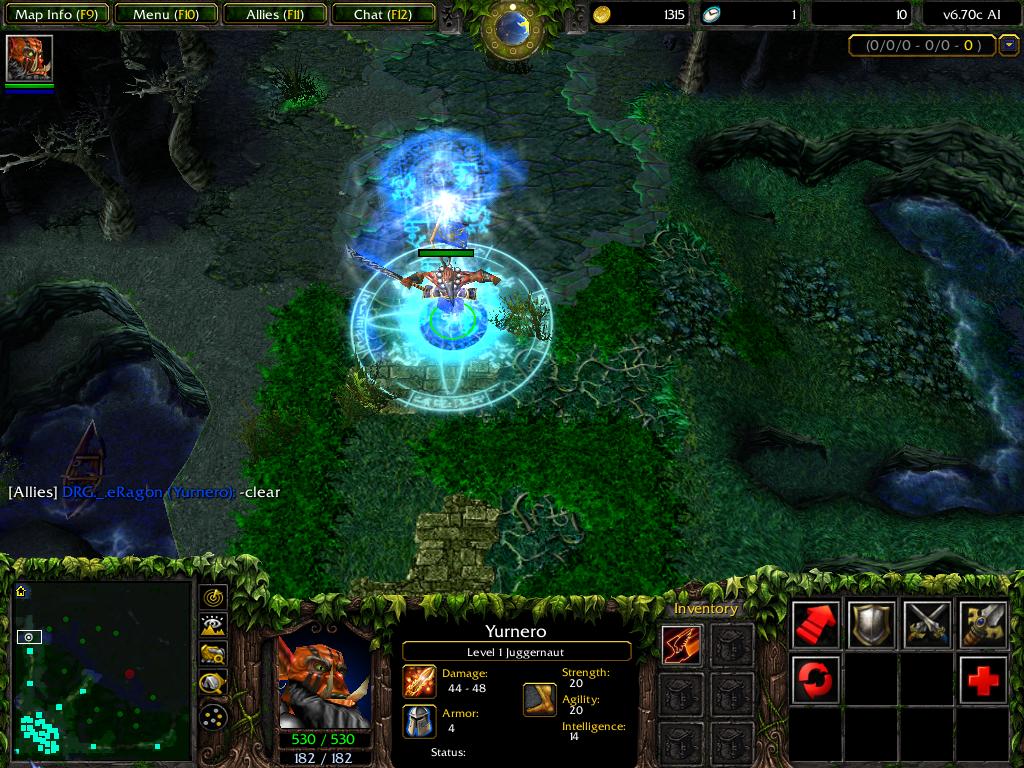 4) Juggy teleports while using bladefury making him invulnerable so that the teleport is not interrupted. 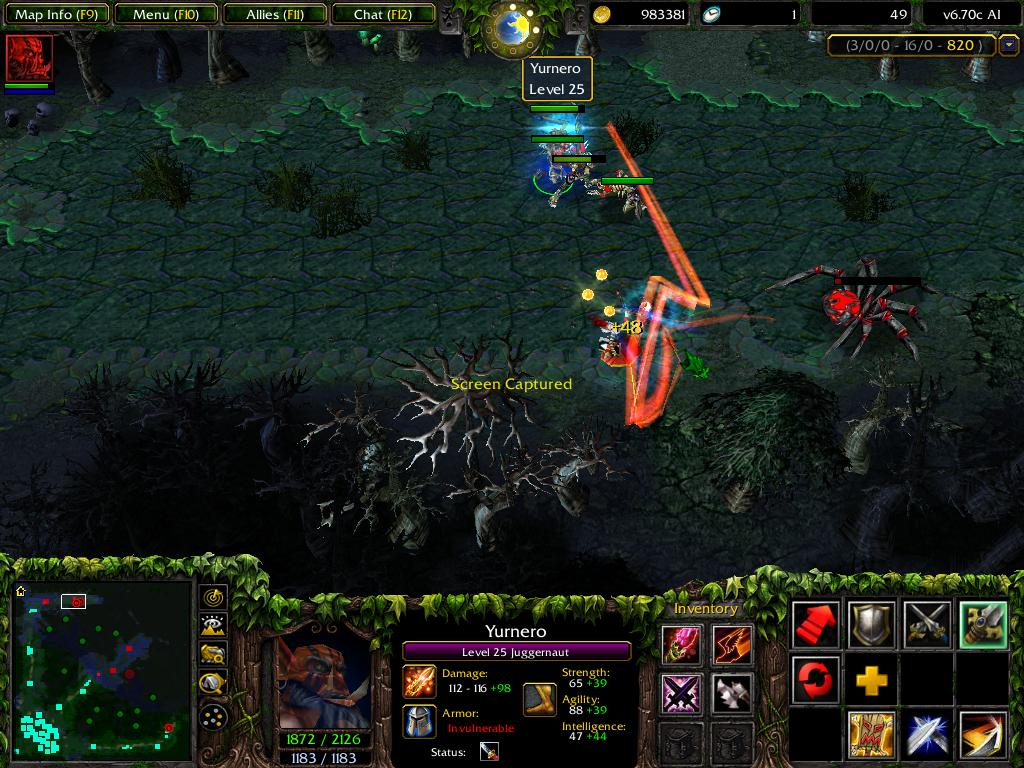 In the above screenshot,we can see juggy using dagon, lothars edge making him do damage and become invisible as soon as the omni-slash is complete.

6) Casting orb spells manually have greater range and a better animation cancellation than auto-casting them.

7) Manual casting must be done while harassing,so that the range is maximum and becomes really irritating for your opponents.I’m not kidding,trust me you’ll know the difference.

9) You can buy items while teleporting without breaking the channel.

10) Both the Illusion rune and the Double Damage and haste rune will NOT affect your hero when you’re magic immune (beware BKB and N’aix users!). Thank god atleast invisible rune works.That wasn’t funny was it?? I was just trying to be hilarious.Anyway..

11) Zeus’ Thundergod’s Wrath does not damage isolated invisible enemies but you’ll gain the vision of them for a few seconds.(Vision of the place where the enemy was when spell was used) 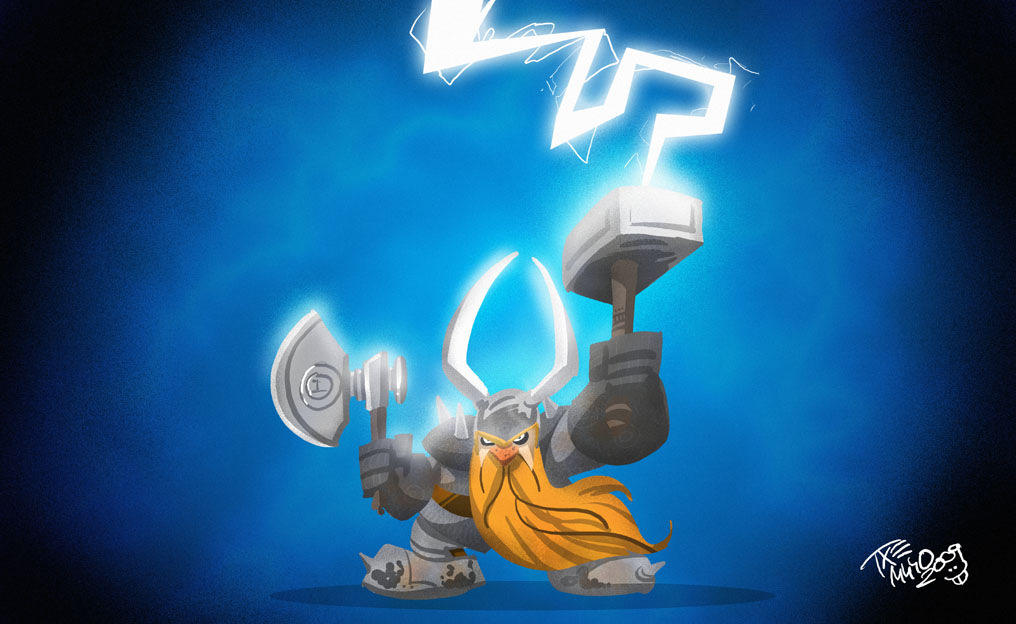 12) If a unit bottles a rune, and still has that rune 1:59 minutes after bottling, and becomes Doomed, Astral-Imprisoned or somehow paused, they will not use the rune and will instead drop it at their current position. 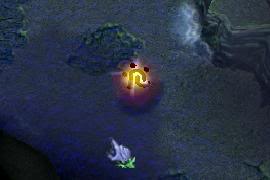 13) When using Mirana’s leap there is a 0.001 second wind walk in the beginning of the animation, therefore it can be used to dodge any oncoming projectile if
the enemy does not have true sight on you.

14) Eye of Skadi, Quelling Blade, Stout Shield, and Poor Man’s Shield do a check to see if the carrying hero is ranged or melee at the moment the item is picked up/bought, and the item will be in either ranged or melee form. If a melee hero changes to ranged, or viceversa, the item will remain with it’s melee stats.This is not true for Cranium Basher thou, since the check is done at the moment of proc.

15) Fog of war updates every .4 seconds. So if you blink into the fog and use echo slam/Qop scream/heat seeking missile too early, it you can miss due to the fact you haven’t seen the enemy yet. 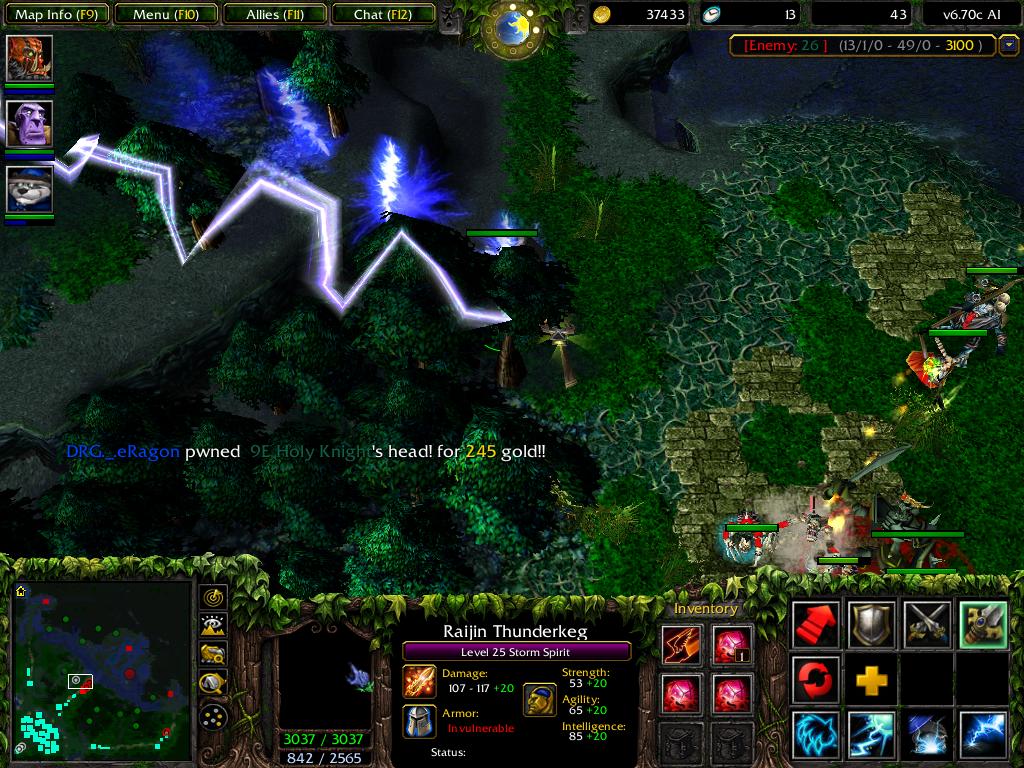 17) Treant Protector is the only hero that can force towers/buildings to regenerate using living armor. It also gives extra armor to the building for the duration.

18) Poison Nova and Poison Sting never kill any units.It is just the lasting dps that kills a unit.

19) Every hero in DotA has natural magical resistance of 25%.

21) Chaos Knight has the highest Movement Speed of 325 without any speed giving items.

23) There is no female hero in DotA game who’s primary attribute is strength.

24) You can evade spells if you blink away just at the right time.It’s all about reflexes baby!!

26) The fountain does not heal images.

27) Tiny has the highest base damage in the game.

28) Roshan can block spells once every 15 seconds.

29) Creeps spawn once every 30 seconds in game.

30) You can use spells when you are captured in Rylai’s Frost Bite. 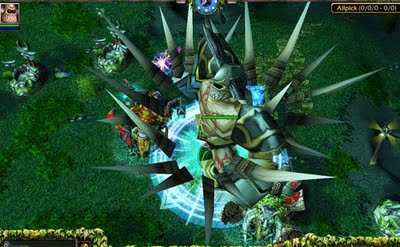 33) Ursa is a ranged hero with small range.

34) A dagon level 5 costs more than a divine rapier.

36) Night stalker and Luna have the highest line of sight during the night.

37) If Prophet teleports and as barathrum casted nether strike on him, barathrum would also be teleported.The same applies to juggernaut’s omni-slash.

38) Bone clinkz’s searing arrow is not considered an orb effect.

40) Medusa has the lowest HP among all heroes.

42) Ogre Magi and Far Seer are the only melee heros whose primary attribute is intelligence.

43) Eul’s Scepter of Divinity was named after the person who started the DotA legacy.

44) You can use Balanar the Nightstalker’s ultimate, Darkness, at night, to extend the duration of night time.

46) You can kill your own teamate when he is poisoned and on red hp.

47) Double Helix can be triggered on Axe’s images.

49) The maximum range of KOTL’s Illuminate is longer than your experience range.

50) Warpath can be triggered by Bristleback’s images. 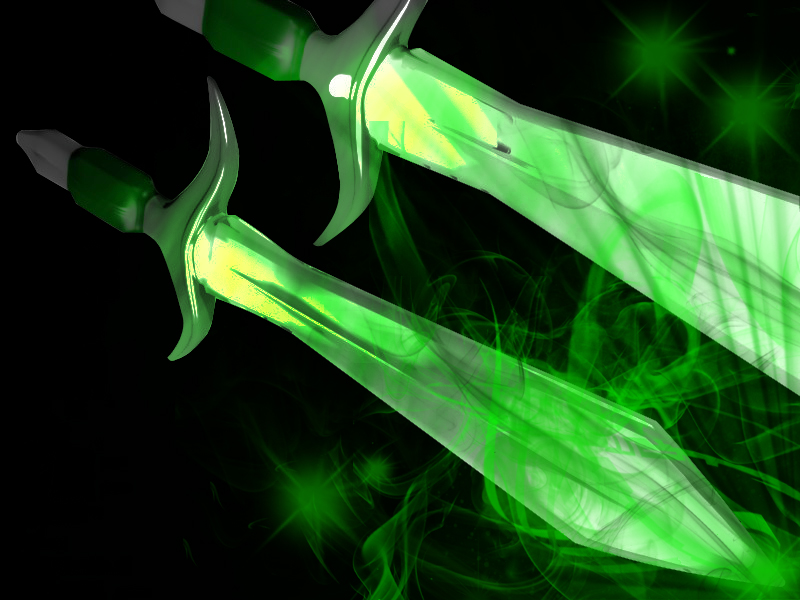 54) A chicken can use the skills on such items as Dagon, Hand of Midas and Mekansm, provided they have items which increase their mana pool enough to use them (for example, an Energy Booster, Point Booster or Soul Booster)

55) Medusa was the name of the Serpent Goddess worshipped by Lybian Amazons, but was later reinvented in Greek mythology, as one of the Gorgons. Her gaze would turn people to stone,also known from the ancient legacy from the movie The Clash Of The Titans. 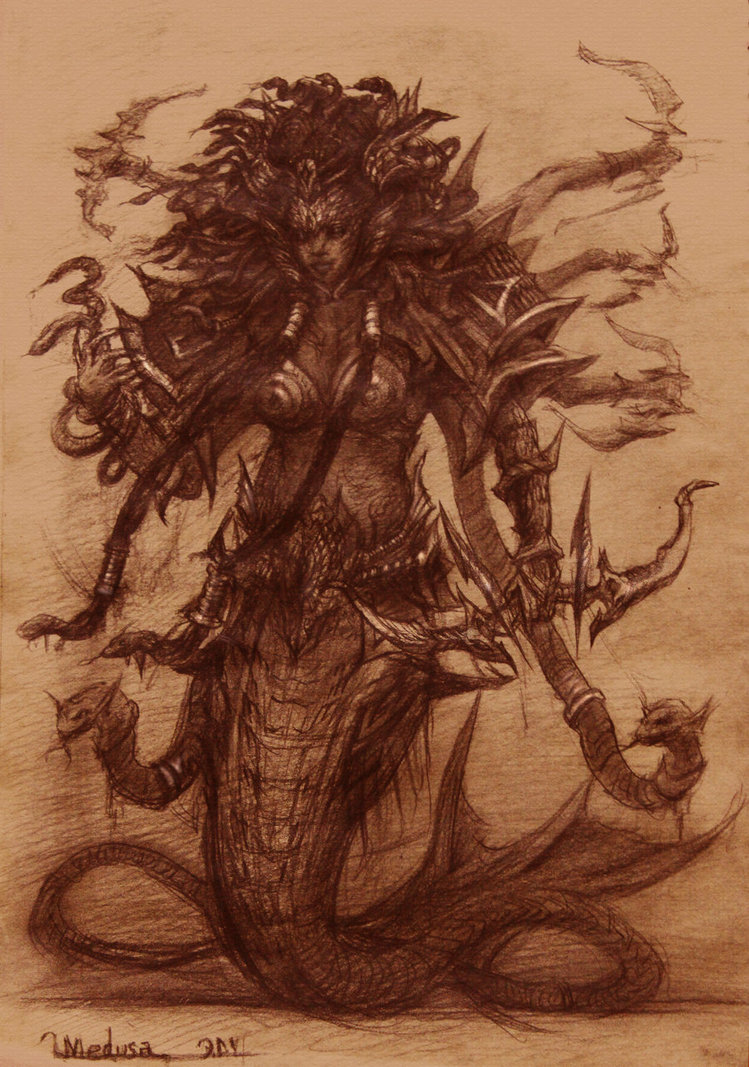 56) If Pudge gets doomed while rotting, he can’t turn it off 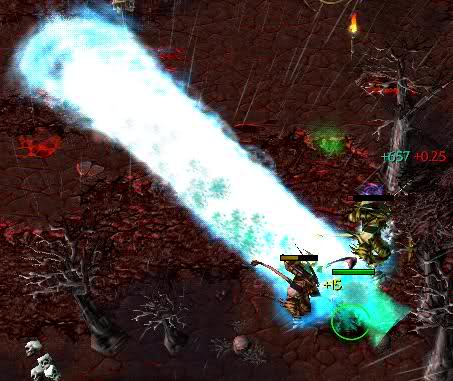 58) Eye of Skadi stacks with Maelstrom. 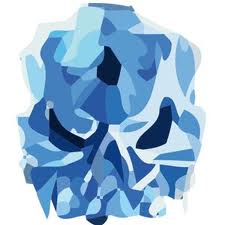 59) Most buffs will be overridden by using Omniknight’s Repel, Purge or Cyclone (there are exceptions, like Troll Warlord’s Rampage).

60) The only heroes that have random names are the Ursa Warrior and the Nerubian Assassin.

61) King Leoric is based on the skeleton king in Diablo. 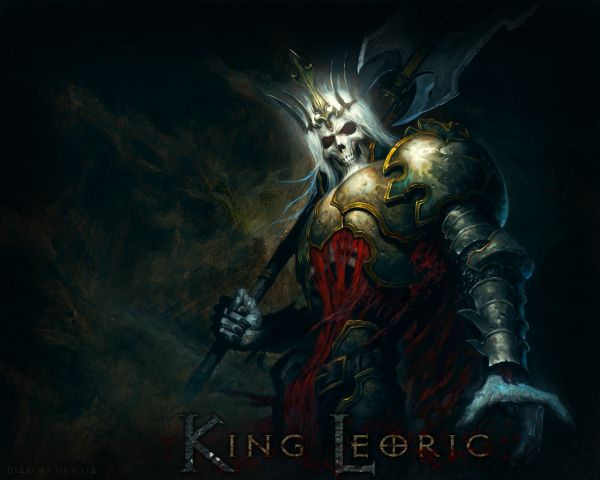 62) Corpses will reflect echos if Earthshaker uses Echo Slam near the corpses. 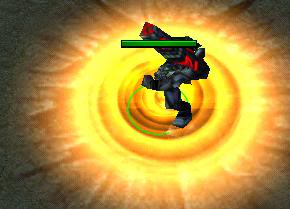 63) Nerubian Weaver can achieve the maximum movespeed (522) in the game by using her skill,Shukuchi (no other items are required)

64) Lucifer is a fallen angel in christian beliefs. 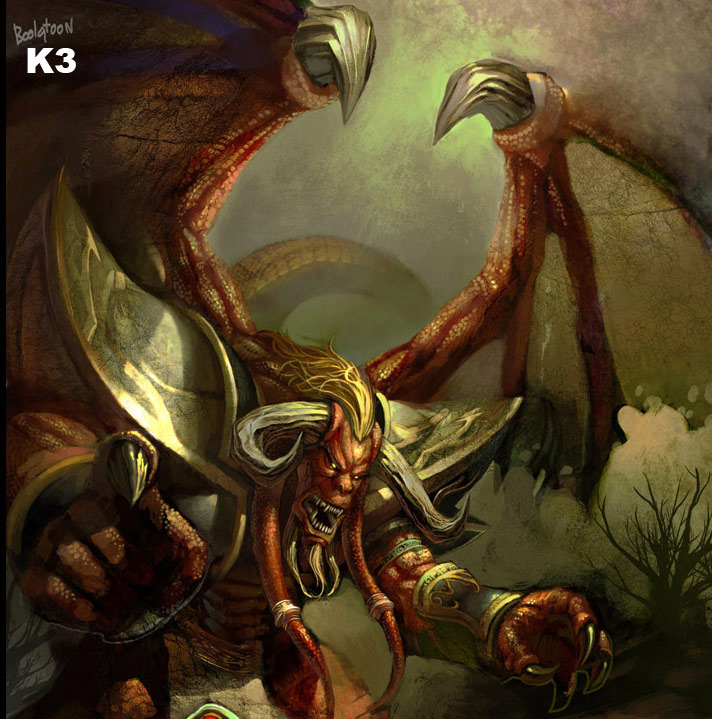 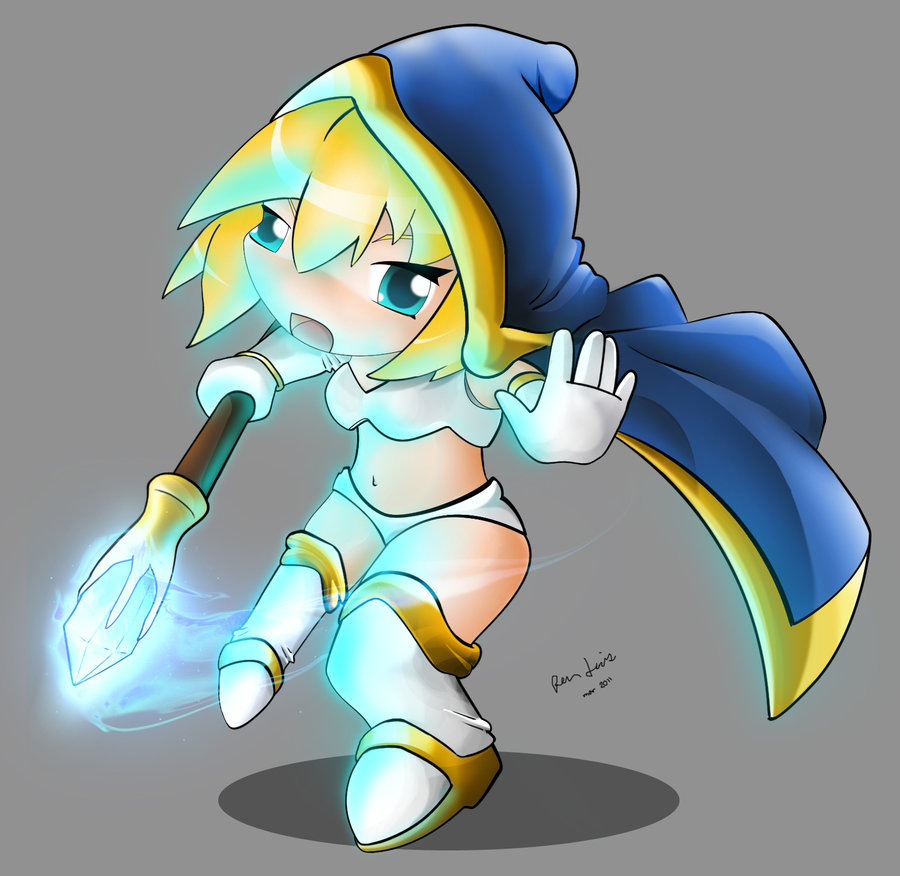 67) If you have two of an item which has an active ability (for example, Dagon or Hand of Midas), by using the ability of one of them, both are put into cooldown, but the ability is used only once

68) Berserker’s Rage gives you bonus hp, armor, and base damage in melee form.

69) The Phantom Lancer’s model is based on a creature from the game Final Fantasy. 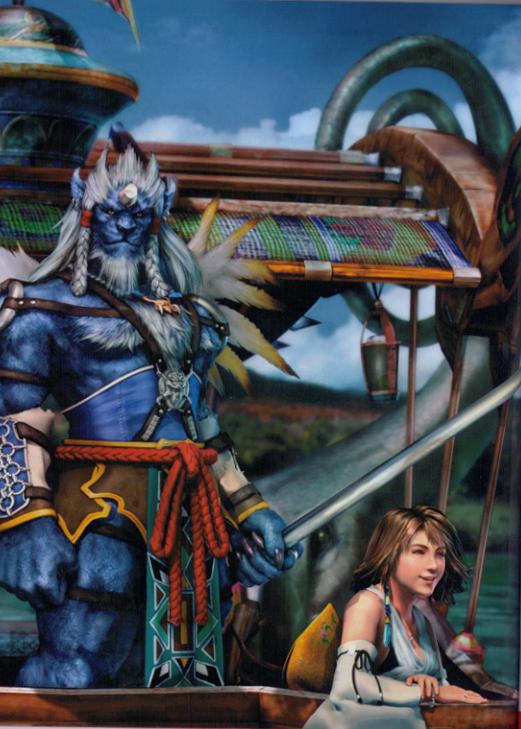 70) The AoE of Naga Siren’s level 3 Song of Siren is Largest than your screen.

1) LOTHAR’S EDGE :- Makes you invisible until the duration ends, or until you attack or use an ability. Adds 20% movement speed. Can move through units. 0.3 second fade time. Attacking to break the invisibility will cause you to deal 125 bonus physical damage on your attack. Lasts 9 seconds. 75 mana cost. 18 seconds cool down.

Uses: You can use lothar’s edge while channeling spells without breaking the channel. For hero’s such as – Witch Doctor 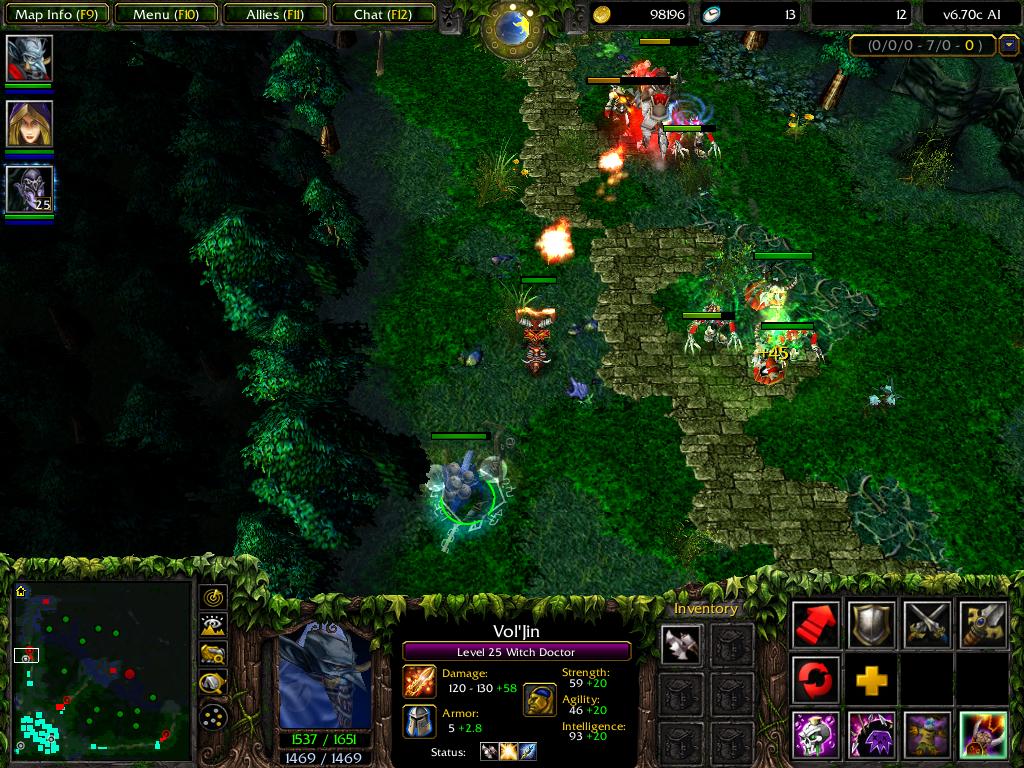 As you can see from the above picture,Vol’Jin casts death ward and later wind walk with the help of  lothar’s edge rendering him invisible to his enemies and making it difficult for the enemies to stun him and stop his channeling. 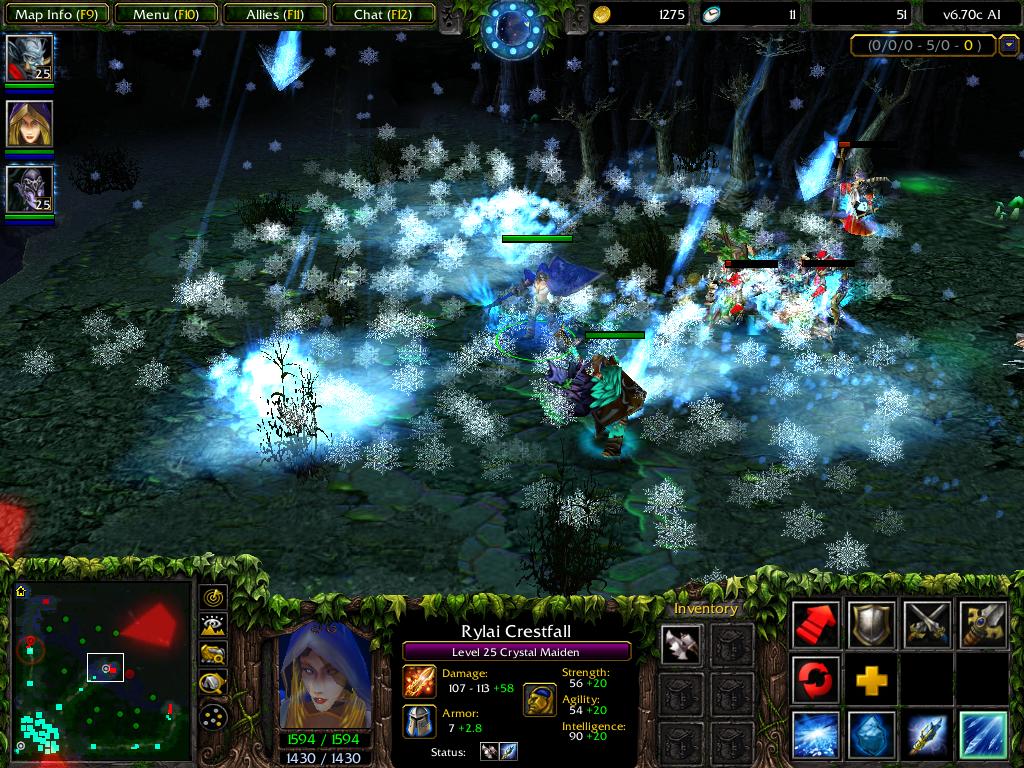 You are able to use Wind Walk while teleporting using Boots of Travel, and will show up at your destination invisible.

Uses : Ghost Scepter, if activated after getting hit by Venomancer’s Poison Nova, removes it completely. If the Scepter was activated before getting hit by Poison
Nova, the damage gets amplified.

I’d like to thank the following Sources for helping me with my post.
Official DotA Website (6.60).
DotA Fans from the Gaming Forum,DotA Secrets and other hardcore gaming bloggers,Deviant art and the DotA fans.
Last but not the least my DotA Buddies Akaash, Anish, Krish, Revanth, Pranav and other Garena friends.Am I forgetting somebody?? Oh yeah,that’s right,the one that’s doing all the work behind the scenes Satish. Thanks for your wonderful support, If you have any queries on DotA please leave a comment below – Pranay Kotapi