Nowadays, every internet user is engaged in downloading, uploading or exchanging files, pictures, movies, etc. over the internet. People have become so busy in all this that they seldom care about the bugs and viruses that get into their computers while downloading stuff. In order to avoid any viruses or bugs, special care needs to be taken. Since, if the user will use the system carelessly, he/she will end up with files behaving abnormally, messages popping up on the screen, operating system getting corrupt or valuable data being lost.

Essentially, malevolent programs are such computer programs that are designed to have undesirable or catastrophic effects on our systems. A computer virus is the most malicious of the computer troubles. Generally, it gets into your computer when you try to run a program to which the virus is attached. These malevolent programs then spread into your PC like a biological virus and infects your files and data. They also have the capability to transport themselves from one PC to another and affect the computer’s performance badly. 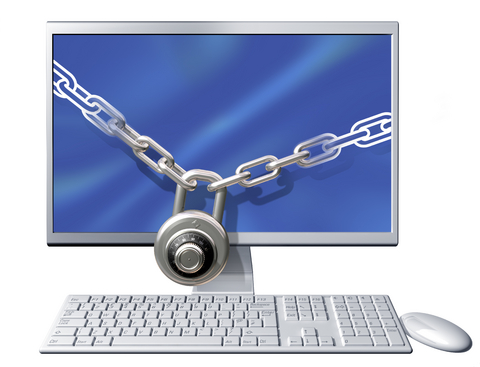 Now in order to protect your computer from such malevolent programs, one needs to take some serious measures, which include installation of a suitable antivirus program on your workstation. This installation should preferably be done soon after the purchase of the computer so as to avoid any damages. If you don’t have any antivirus software installed to your computer, you are placing your PC at severe risks. Therefore, you can also install the software on your computer anytime to prohibit further destruction.

How To Protect Your Computer From Malevolent Programs :

There are a lot of good quality antivirus software’s that are available for purchase or download over the internet like McAfee, Kaspersky, Norton, Bitdefender Antivirus, etc. To facilitate the proper execution of the antivirus software, the user should purchase a registered version of the program from an authorized dealer.

One can buy CD’s of these antivirus software’s from the market or could purchase them online as well. Many people tend to avoid buying these programs because of their lofty price tags but once installed, they can save the user from the harmful viruses that could affect the operations of the system.

Nonetheless, to ease the burden of the users, there are several discount schemes offered for the customers online. People could purchase these vouchers and get a discount on different antivirus software’s that are present in the market. There are various discount coupons like Bitdefender coupons, Kaspersky coupons, MacAfee Coupons and so on, which could be bought to gain some compensation over the price.

The security of the computer is not an easy task. After acquiring desirable and appropriate antivirus software, the user also needs to keep a constant check on the PC. Always make sure that you perform an antivirus scan in normal mode as well as the safe mode. Safe mode is considered to be the best among the two modes because when you run your operating system in safe mode, your system identifies and eradicates the viruses more smoothly as compared to the normal mode. Therefore, users at all times should do an antivirus check in safe mode. 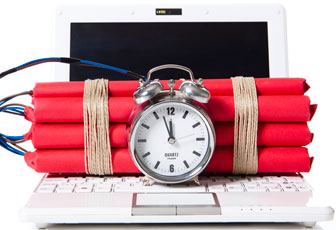 Moreover, the users should try adopting the habit of downloading the frequent updates related to the antivirus software they have installed; as it will keep their software up-to-date, letting it discover latest threats.

Apart from the antivirus programs, the users should also install a firewall in their workstations as it allows them to have authorized communication while blocking unauthorized users’ access. Usually, the computers that come equipped with the Windows operating system have firewall software installed in them already. However, one can also download or buy firewall programs from the internet if needed.

As it is commonly said prevention is better than cure, the same goes for your computer as well. The users at all cost should avoid downloading files or documents from unreliable websites. Even if you are downloading files from a trusted site, run a quick virus check on them prior to the opening or installation so as to avoid any unexpected trouble.

Identifying the viruses that are present in your computer is of utmost significance. In order to keep your system safe from all such harmful and malevolent programs, the user should install the antivirus software and perform system scans regularly. All hard drives, files and folders should be scanned, and viruses should be removed immediately if found to hinder proper system functioning.

Author’s Info: Derek Zhuang is the owner of the website Daily Deals He lives in Silicon Valley in California State, US. His site is basically famous for its product reviews and coupons that it provides for various antivirus software’s like Bitdefender Coupons, Norton Coupons, Kaspersky Coupons.