Benchmarking your computer lets you gauge how well it performs, relative to a whole variety of different configurations. It also gives you an idea of how well it would perform in different situations, by quantifying its performance. For overclockers, it’s an easy way to find out performance gains and figure out if the new configurations are stable enough to be used everyday. Plus, you can always brag about scores if you’re into that sort of thing. Either way, Windows has a whole bunch of tools you can use to benchmark, and we tell you the top 5 benchmark tools you can use to check your PC’s performance!

Recommended: Speed Up Your Computer in 6 Easy Ways

SiSoftware’s Sandra is one of the oldest and most respected benchmark tools out there, and for good reason. It comes with a whole host of features and tests that lets you check performance of pretty much every component in your computer. If you want a well rounded look at the overall performance of your computer or just want to run a few tests, SiSoftware Sandra has got you covered either way. The best part is, you can compare your PC’s performance with reference systems via detailed charts, so you have a really clear idea of how everything is running and where your computer stands. 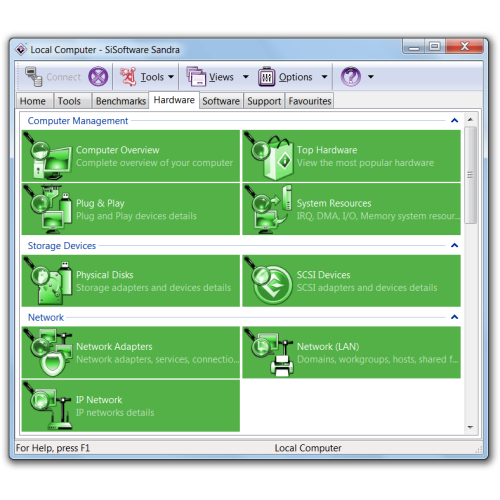 You really can’t talk benchmark tools and forget about Futuremark products, the first of which on our list is PCMark. PCMark is again a complete tool which includes both processing and graphic/multimedia benchmarks. It doesn’t exclusively focus on graphic benchmarks, so if that’s what you’re looking for, the next entry is for you. PCMark’s predefined settings have a certain number of tests depending on usage, so if you’re not looking for results that are too in depth, this is a good bet. Furthermore, it’s more user friendly, so newer users won’t have too many problems in understanding the results. 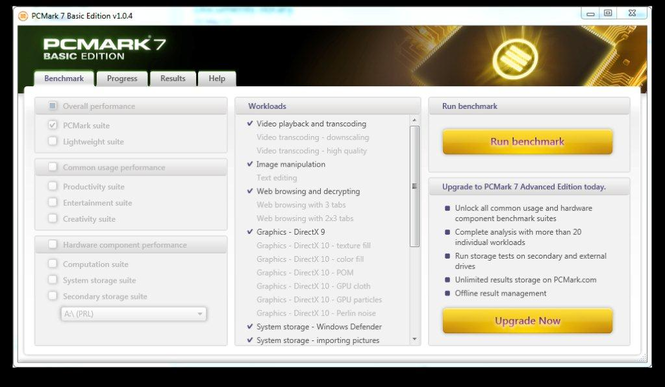 If you’re looking for almost graphic benchmarks, there’s nothing like 3DMark. Featuring both GPU and CPU stress tests along with tests for physics performance, it’s tailor made for gamers. There’s variants for different DirectX versions, so make sure you’re getting the right one for each. For example, 3DMark Vantage is for DirectX 10 testing and 3DMark11 is for DirectX 11 testing. Each version tests the exclusive features of the respective DirectX build, getting the right one is imperative. Did I mention that the tests are incredibly pretty? 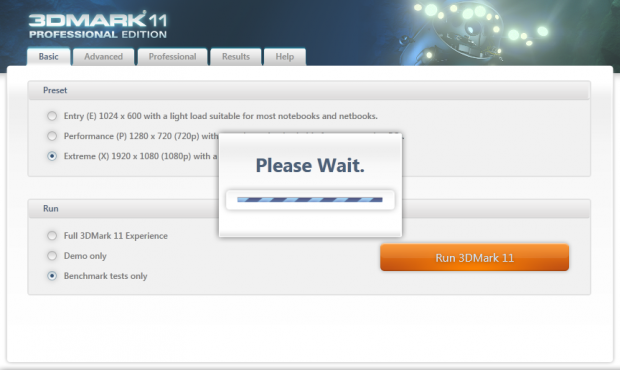 Prime95 is a popular CPU stress testing tool that tests your CPU by trying to find Mersenne Prime Numbers (only 48 are known). It’s actually part of a distributed computing project working towards this goal, so you can either join this initiative or just stress test your CPU. The UI and results are not flashy, so it’s not very widely used by commercial testers or daily users. However, it’s a great tool to check CPU stability, and is a preferred test after processor overclocking. 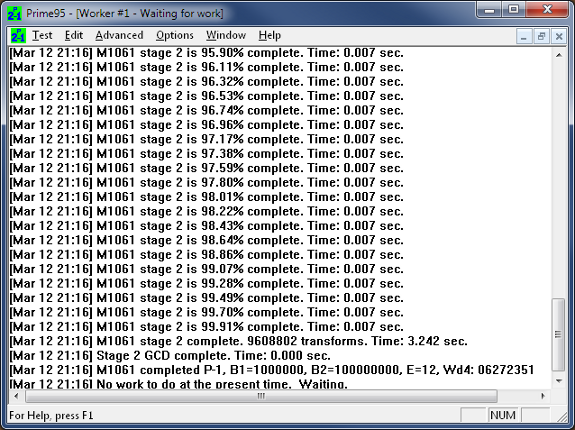 MaxxMEM2 is an entirely memory focused testing tool. It lets you test RAM speed, CAS timings and compare your configuration to others with the same memory sticks. Similar to Prime95, it gives you a good idea of the performance changes from overclocking. The tests themselves hardly take 20 minutes or less, and the tool is really lightweight. A good choice if memory testing is all you require! 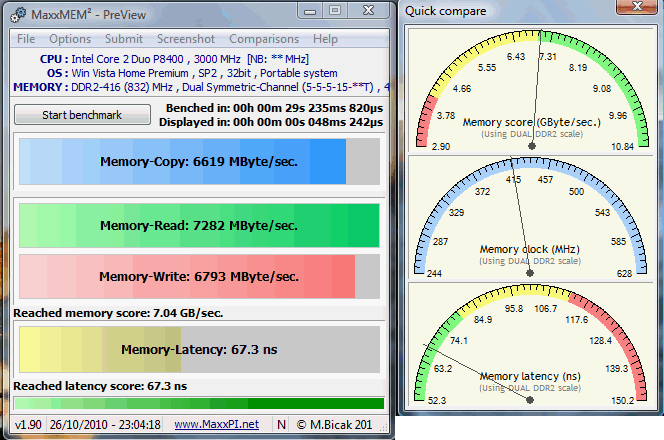 So those were our picks for the top 5 benchmark tools for Windows! If you use any other tools that deserve to be on this list, do let us know via the comments below!