Mobile Wars between top companies are booming the market from past few days. For some time now, the mobile world has waited with bated breath for the iPhone 4S to enter the market; the expectation was somewhat akin to a crowd anticipating the ring walk of a long-idolised heavyweight champion. Indeed, Forbes magazine has been cranking up the expectation, claiming the fifth-gen iPhone could herald the ‘most revolutionary user interface in history’.

Well, if iPhone 4S is the established heavyweight kingpin, two hungry and dogged young challengers are making a play for the championship. While the new iPhone was officially unveiled on October 4, Samsung and OS-partners Google showcased their Google Nexus Prime soon after. With even greater swagger, HTC also launched their sexy Sensation XL within days.

A word or two here on the merits of these respective rivals, starting with the iPhone 4S. Frankly, it is a beast. Running off of the same dual-core A5 processor as the iPad 2, the upgrade should offer vastly improved gaming, performance and graphics. The iPhone also packs a hefty 1GB of RAM, an upgraded camera system and a futuristic ‘Assistant’ feature that will no doubt become fodder for sitcom gimmickry in the next year or two.

‘Assistant’ is a Siri-inspired, system-wide voice navigation system; essentially what KITT was to Michael in Knight Rider. An orbiting purple flare on the interface will signify your Assistant is reporting for duty, and users will be able to issue commands to make calendar appointment or set reminders. You can even ask your cunning Assistant for directions, and it will use GPS to become your personal guide.

The coup de grace feature, meanwhile, is the ability to instruct your Assistant to send texts, useful sometimes for when you neither have the time or ability to type one yourself. Word is, the speech interpretation software means you don’t need to issue your interdiction’s in a robotic voice either. 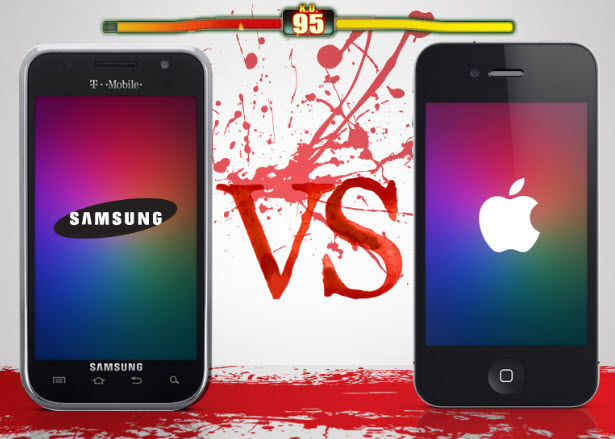 So how does the competition stack-up? Pretty well, it must be said. HTC’s slick Sensation packs 768MB of RAM, while running off a whopping 1.5GHz processor. It also offers some nice user perks, such as allowing you to link Twitter and Facebook accounts into core applications like the contact list. Its Gorilla glass screen means it’s the most armoured phone out there, while the Beats Audio software should deliver the best mobile audio experience to date. Dr. Dre’s bass-beefed Beats headphones, meanwhile, come as standard with the handset. The new Sensation has also renewed its battery life, long a complaint of HTC-users; this one’s up from 1520 mAh to 1730 mAh.

So the Sensation is fighting fit; what about Samsung’s ‘Google Nexus Prime’? Well, it’s Android’s own-branded phone, so what do you think? This behemoth also uses a 1.5GHz processor, and has the latest Android 4.0 (Ice Cream Sandwich) operating system as standard. Packed with 1GB of RAM, and fully touchscreen, there are already rumours circulating that the device contains a type of ‘face-based authentication system’. If this murmur explodes into life, expect that, and not the Assistant feature, to be the mobile talking point of the season.

The choice is yours.