The one and only word that comes to my mind when I think of The Elder Scrolls: Skyrim.-“EPIC”. Then I also think of Massive, Awesome, Stunning, Breathtaking and many other adjectives but I won’t use all of them because I’ll run out of them to put in the rest of this review. It seems like the verdict is clear. The Elder Scrolls: Skyrim is undoubtedly the game of the year and is probably the best role playing game ever made.The story of Skyrim takes place 200 years after the events of Oblivion. Like in every other game of the series, you enter the city as an unnamed prisoner. Moments into the game, a mighty dragon attacks the convoy carrying you. You then escape to find out that the city is in cataclysm.  a sign of apocalypse, as prophesied in the Elder Scrolls. Alduin, the dragon lord is set to rise and send the world into rapture. So you set out on a quest to fulfill your destiny of being a Dragon born Warrior and saving the world from Alduin’s Armageddon. 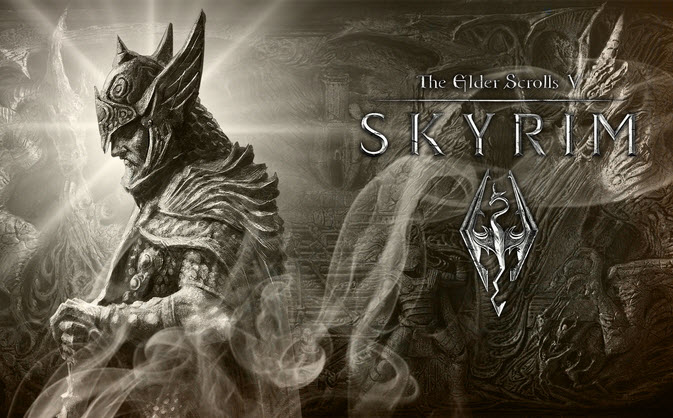 There’s so much to explore and so much to see that you can easily add another hour or 2 to your total game time because every now and then you’ll stop and stare in wonder at the landscape and scenic pulchritude. If you’ve played the previous installment of the series or did some quick research, you’ll find that back when Oblivion was released,  the game’s graphics made some big news. Five years later, Bethesda studios has only raised the bar higher by so much that it’s hard to imagine what would come next. The world is vast with so many diverse landscapes. Snow storm in the mountains, the branches and trunks of trees in the forests, the lighting and background effects of more than 140 catacombs or the grass and flowers on the paths of the city are so intricately designed. The fact that you can actually pluck these flowers is mind boggling. 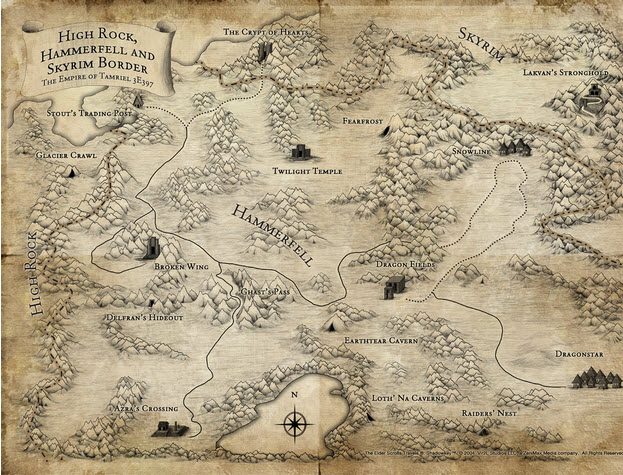 The games graphic engine is all new and delivers some great spectacles. Everything that you see in the horizon, be it the huge mountains in the distance, the overshadowing trees or the magnificent waterfalls are not just hanging scenes but can be reached if you keep walking towards them. The level of detail that was put into each weapon and piece of armor deserves a gold star. Your machine will undoubtedly be working up a sweat trying to run this game. Another aspect of this huge game is its dynamics. As you ascend up a mountain, you’ll be amazed by the change in the weather. The AI engine used for this game is called Radiant Story and lives up to its name. It’s difficult to predict how your surroundings will interact with you. Don’t be surprised if a dragon drops in at random, while you are in an intense battle though the character behavior might seem redundant as you play on and on. At times dragons can come at you in packs,  and it just doesn’t get any better. 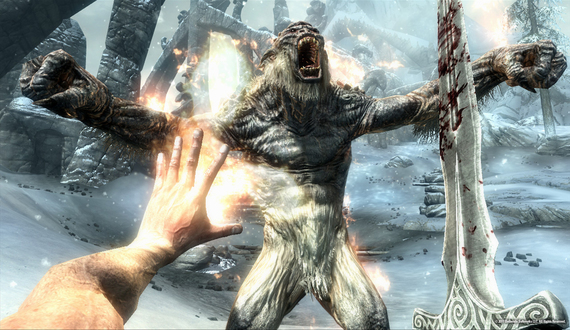 You get to choose the race of your character and can build on a variety of skills. The dual hand combat has now been improved as you get to wield a weapon in each hand or you could choose to supplement your primary weapon with a shield or a spell. The spells in the game are so much fun to use. The game gives you the ability to cast 2 different spells simultaneously using each hand. You can shoot blasts of fire at your enemy while healing yourself but casting a spell with both hands will give you a bigger incentive. As you encounter different dragons and defeat them, you get to absorb their soul and learn dragon words which can be found at specific locations throughout the landscape. Once you’ve done so, they can be used to perform dragon shouts. Activate a shout and it’ll send your enemy swirling into the air. The soundtrack of the game will leave you craving for more. The tunes blend into the game perfectly and its enamoring effect is felt throughout the game. 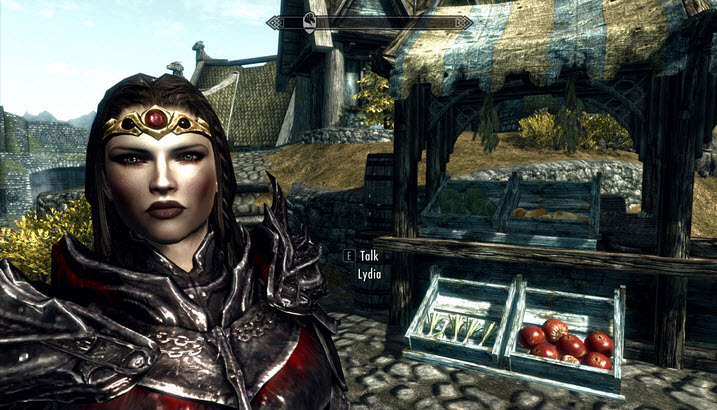 The upgrade and leveling up system has been improved as well. No special trick in there.  The more you do a task, the better you get at it. The conversations between characters in the game are more natural and free flowing compared to Oblivion. The variation in the profiling of character behavior is very vast. You will encounter Nords, Orcs, Angorians, Bretons and the High Elves to name a few races in the game.  Traveling across such a gargantuan landscape might seem a pain but you have to play the game to really decide on that. As a player, you always have a choice to teleport across various locations of Skyrim, which will save a lot of time . During your time in Skyrim, you’re gonna find a lot of treasure, unlock lots of secrets (yes!! you can become a vampire or a were wolf), find some hot females and marry them (not to forget Lidya), settle down in a “Home Sweet Home” and fill it with books to read, talk to villagers and get to know their history, walk beside giant trolls and wooly mammoths and  kick some bad ass bosses.

The reason this game is massive is because of the choice you have. From the race of the character you choose, the weaponry you can wield, the armor you wear, the spells you can cast, the missions you do, the map of skyrim which is as large as the continent of Asia or the size of the dragons you encounter, it’ll feel way too overwhelming. You can rush through the story mode which, even a seasoned Elder Scrolls gamer, will need more than 100 hours to get through. But every now and then you’ll run into village folk and will end up adding side missions to your ever growing quest log.

A game of such pronounced magnitude is bound to have issues. The first person combat might seem a little sloppy and feel like random hacking with no effect of blood while your blade slices through the flesh of your enemy. But once you shift to third person view, the effect is so much better. All the characters in Skyrim seem to share an isomorphic body frame. The variations in their BMI will seem zilch. There is a matter of contention with the faces of people you interact which makes conversation seem very artificial. You are bound to find graphics bugs like swimming across land forms, horses running a straight and smooth path on a rocky slope or random elements disappearing or landing from the sky. Overlapping dialogs can also be a little disturbing but there is so much to enjoy and admire about this game that you’ll be forgiving in those matters.

Skyrim is going to make you feel great because you played it. If you manage to play this game more than twice, the idea of which may sound crazy, you’ll be astounded by the difference in how you can choose to play and strategize a quest. We’re talking full replay value so you have to play this game, even if it means ” taking an arrow to the knee” to do it.