Upgrades for Unused Computer is  some thing which is really interesting and fun to try. Almost everyone will have a unused PC or a Laptop with them nowadays. If you use your creative brain, you can actually make some interesting and funny upgrades to your existing PC from that junk. Taking that in mind, we have tried to add some modifications and upgrades. You might got some unused DVD Player, Old CPU and etc. But what’s the use with those empty docks, aren’t you going use them for something that would fulfill your needs? Well to help you with that, We’ve got some amazing upgrades and some silly ones (If you are that crazy) to fill those bays up for you. I’m gonna assume you’ve built your own computer by purchasing custom CPU dome and other accessories, in most of the cases when you buy a CPU with a cool sleezy dome, you should be able to open those 5.25″ and 3.5 drive bays and stick something right there.

Here are few useful and interesting upgrades which are really useful. Also we have added two funny upgrades at the end of the post. Try them and see yourself different from others.

Fan controller and a CPU Monitor 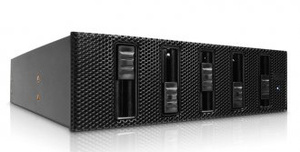 I’ve always had problems with the heat my CPU generates and I’m most certain that most of the others do too, especially when you are a gamer with those 2 GB graphic accelerators which generate enough heat to melt a tungsten metal to liquid and the factory fans aren’t enough. An extra fan with a regulator is like a god’s gift on those hot sunny days to help reduce my CPU temperature by a great deal. You can get something simple and similar to this controller from Scythe. It’s pretty cool because most of the software that deal with controlling CPU fan speeds can’t be that accurate so going manual is always helpful. 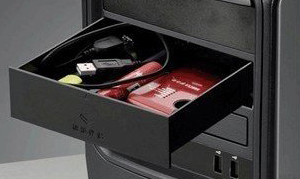 It might be silly and you might think ” Who needs a drawer in their CPUs”. If you really had one, you’d know how handy it is to store the most important stuff like data drives in it for fast access in those demanding times. You could simply use it to store keys, papers, flash drives and other cards safe.You could even use it to store burnt discs in the drawer, its totally up to you how you are gonna use the drawer though. This drawer is from Cosmos, again it might be unusual but its rather practical to have a drawer than leaving it unused since its actually cheap to buy a drawer.

An SD card, USB 3.0 and a Bluetooth extension

Most or almost all the laptops that are manufactured these days come with an SD card reader, but not the desktops unless they’re customized. So this extension is actually a great idea to greatly improve how much your desktop can achieve through input devices.Sometimes if you own a lot of USB devices, the ports aren’t enough then this is a great idea as you could use it for lighting speed data transfers. You even have an audio jack and a microphone jack if your computer is one of those old models wherein you had to sneak in behind the CPU to plug in your headphones time to time.

A temporary bay for swapping those extra Hard drives 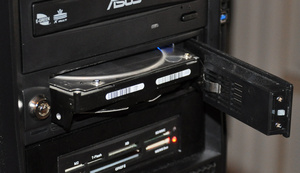 A super hot bay like this one from Silverstone puts a tiny door in front of your computer to insert one of your extra hard drives whenever needed to make those file transfers to a stop and use them when required. It certainly isn’t what everybody needs, but its a healthy option if you are a user who works with a lot of hard drives and file transfers rather than opening your whole computer apart and replacing your current hard drive.

It might be absurd to get a second monitor on your CPU dock, well depending on how crazy you are you could actually get on and use it as a second screen if your PC supports desktop extension and a Dual Core. I’m guessing that the monitor idea was originally customized and designed  for situations where you would manually just place a headless server. I can see that being pretty useful, if it is your primary monitor and can be used only if you need a proper restart and it’s not responding over the network. For the digital artists, who can’t afford to get a big screen for a desktop extension to render extra images and expand your workspace, this could actually prove to be very useful, no kidding. 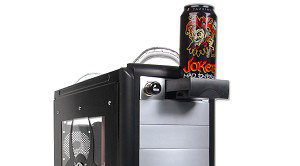 A Cup Holder and a Cigarette Lighter

I certainly would like to meet the person who came up with this idea, I’m imagining him with a bloating tummy with a cigarette in one of his hand and a fizzed drink in another.  Well thank god it isn’t that expensive, its just 5.45% on Amazon.If you are an alcoholic or drink a lot, then this one’s certainly for you. No, seriously.

The final and the most absurd thing you could have in your computer is a easy bake oven or a toaster. Seriously who the hell needs a toaster? Well nobody does because I found out that this was actually an April fools prank from crazyPC.com. Well if you’re really looking forward to get one of those , I suggest you hit the kitchen and bake yourself a little pie and take a nap.

Well, these are the few upgrades we tried to put them in one place. If you have got some creative brain to add more upgrades into this post, you are most welcomed. Please share you thoughts under the post via comments.