A week ago Airtel surprised the 3G world by cutting down 3G charges to 70% . This surprising move is now making other 3G broadband companies to come down too. This Tuesday to everyone’s surprise, Idea has announced to cut down 3G tariffs to 70% down. From now, Idea Prepaid and Postpaid customers will pay only 3paise per 10kb of data used. Additional to this 70% off, Idea has also announced its new pricing in sachet packs, regular packs and unlimited packs. The sachet packs star from Rs:10 which give you 30minutes of high speed internet access and Rs:25 pack gives you 100MB data with 3days validity.

So far 3G has been a biggest disappointment in the country, Same time last year, 3G was booming up like 4G, Because of its high prices, people didn’t find it flexible to their budget, so they keep sticking to the 2G broadband service for much longer. With this revolutionary 70% cut downs, the number of 3G users will tremendously grow. 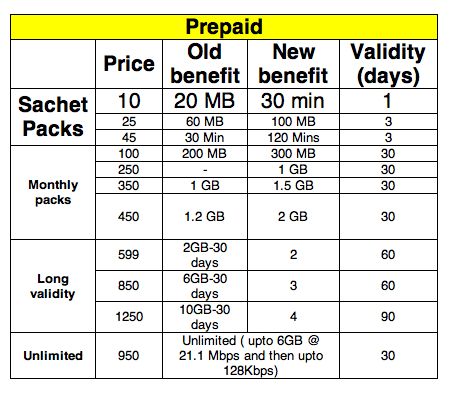 Idea main intention to reduce the 3G charges to 70% is to reach the rural, mid town customers who stay at home. With the sachet packs, Idea is more confident to hit youngsters. Usually youngsters nowadays are more interested to 3G services to access the social media and entertainment. And for the regular home users, Idea is offering 1GB data download for just Rs: 250 and for corporates, they offer a unlimited plan priced at Rs: 950. Idea 3G services are offered in 3,207 towns across India and has already 2.7 million active 3GB users who use an average of 350MB data per month. 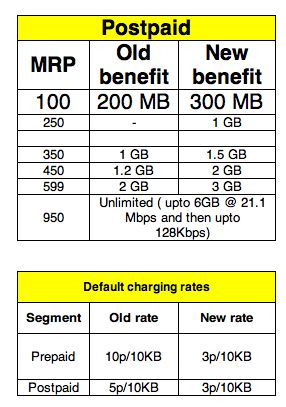 When this 3G war of reducing the charges, customer is getting more beneficial in cheaper ways. Hope the same revolution comes with 4G by next year same time. Infact, so much of 3G war happening, Vodafone seems to be relaxed and not bothered. When compared to other 3G broadband plans and 3G tariff plans, Vodafone has always been expensive. This is the case many of the Vodafone users are now moving to either Airtel or Idea.