One of the biggest features Nokia is banking upon on the Lumia 920 and Lumia 820 is the new augmented reality app called Nokia City Lens. What this app does basically, is list out places of interest right over a normal camera view, distances and all depending on your position and orientation. For example, if you choose food joints, it immediately displays all close by places to eat right over your normal camera interface, so you know exactly what direction you need to go and how far it is. Sound cool? It really is pretty cool, and the best part is, it works everywhere Nokia Maps does, that’s over 190 countries so rest assured, it’s available in your country. Read on for our Nokia City Lens review, does it disappoint or is it really a great app? 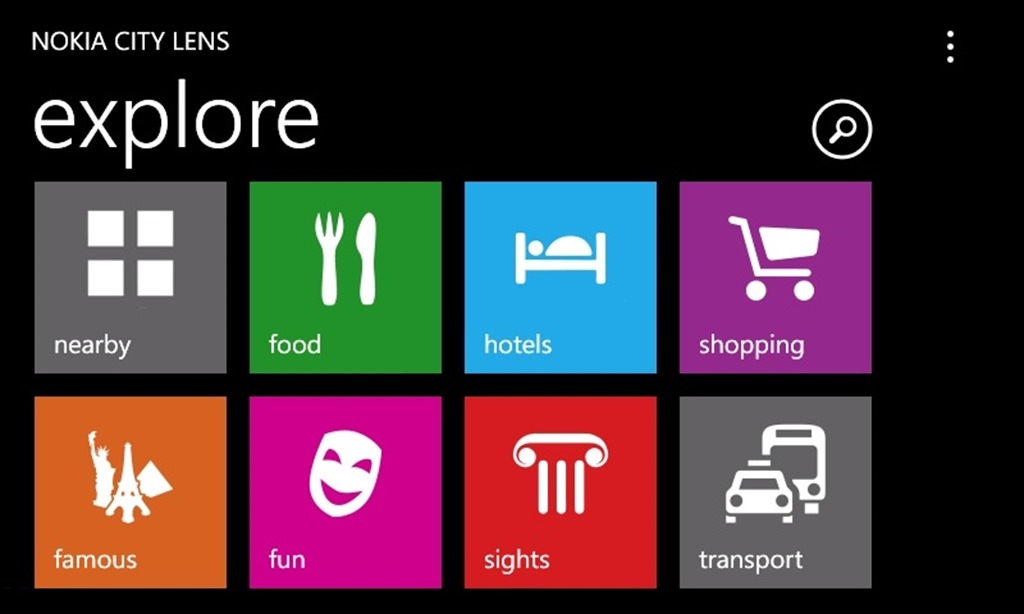 The best part is, even current Lumia owners (900, 800 and 710) can download the app and it’s available right now! Tough luck for Lumia 610 owners though, City Lens cannot run on 256 MB of RAM. It’s good to see Nokia bring a big feature like this to its previous smartphones as Microsoft had announced that none of the current Windows Phone 7.5 devices will get an upgrade to Windows Phone 8. They promised an update called Windows Phone 7.8 which brings a bunch of new features including the new start screen to older devices though. Even Symbian Belle phones like the PureView 808, N8 and such will get a version of City Lens. After being in beta for a couple of months, it is now officially available for these devices as a release version. However, Nokia Lumia 920 and 820 will be getting a different version of City Lens with more features once they release.

Nokia City Lens Review – How does it work? 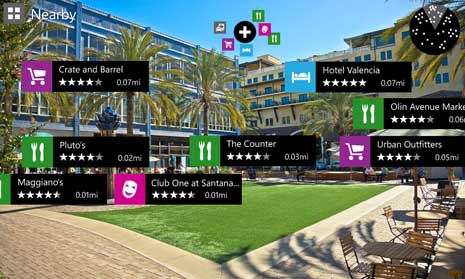 Nokia City Lens uses a combination of Nokia Maps, GPS and the inbuilt compass to determine where you are and then displays nearby places of interest. When you fire it up, there’s a screen from which you can choose one of eight categories: nearby, food, hotels, shopping, famous, fun, sights, and transport. You can select one or more categories, point your phone in any direction as if snapping a photo, and voila! There’s all the information you’ll need in an overlay format, distance, categories, ratings and all. Tapping a specific place reveals more details about it. Everything is color specific and you can easily distinguish the categories of the places. On our test phase, even small restaurants were showing up, which is pretty cool. All this information is pulled from Nokia Maps and TripAdvisor. The information is laid out well and the overall interface is minimalistic and easy to use.

When you pan the phone, you can see that the places update in real time and yes, everything is accurate. The closer ones appear in more detail while the further ones appear as smaller icons. As you move in a direction, everything updates and you know exactly what progress you’re making. There’s basically three ways you can use City Lens. Keeping the phone in a position as if clicking photos activates the augmented reality view. Holding it in the normal position (vertical orientation) shows a list view and then holding it with the screen facing upwards presents a overall map view. In augmented reality view, there’s a little radar like display on the top right (gamers will be at home!) that shows you your line of sight and the density of chosen places of interest as dots so you know exactly in what direction you need to face.

So there you have it, our Nokia City Lens review. In conclusion, we can safely say that the app is working as it should and is really informative rather than just a gimmick or an afterthought. Sure there are still a bit of kinks to be worked out, but there’s nothing game-breaking. For example, clicking on the “Famous” category showed us India Gate, Burj Dubai and the like, complete with how far we were in kilometers instead of nearby attractions. It’s the first iteration of the app, so that’s forgivable. But as long as the stuff you really need, like say a car mechanic or a medical store is accurately depicted, it’s a success. Nokia has got a winner in City Lens, and it’s good to see all countries get these features instead of just being limited to North America and Europe. What do you think about City Lens, is it a really killer app or just a gimmick? Let us know your views and also if you have any queries, shoot!