In the years since the iPhone has launched, it has become something of a global phenomenon. Every successive launch is thronged to by the media and watched by millions via webcasts online. None of Apple’s range of products really fall in the affordable category, yet they sell like hot cakes despite the premium. iPhones are almost singlehandedly taking up around 15-20% of the worldwide mobile phone market share, that’s how insanely popular they are. So what if there’s an iPhone that costs significantly lesser? There’s been rumors of a budget iPhone since a while now, here’s all we know.

Budget iPhone – What We Know 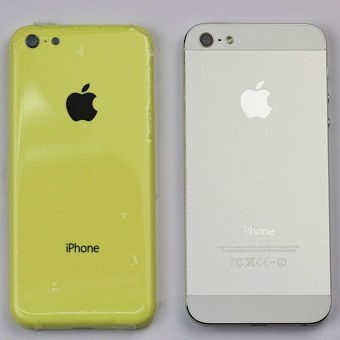 Of course, by “budget” Apple products, we mean affordable and not necessarily cheap. It will cost lesser than an iPhone flagship, but we’re expecting something around the 350-400$ mark, off contract. As per the usual launch cycle, we can expect a new iPhone by this September and all bets are on the fact that we will see the “budget iPhone” launch around that time too. There has been a suspicious amount of leaks of the backpanel of the new budget iPhone, and all of them seem to suggest that it will be a plastic body in different bright colors. Curiously, not a single front view of the device has emerged, but most sources seem to suggest a 4 inch screen.

We’re pretty sure there won’t be a “Retina Display” on the budget iPhone, and it will probably be an LCD screen. Now, most interestingly, the budget iPhone is tipped to launch in two variants. One of them will support FD LTE and the other will come will support TD LTE for Chinese markets. The processor featured on both differ as well, but the RAM remains constant at 1 GB. Variant one codenamed Zenovo comes with a dual core 1.23 GHz processor (H5P) while the other one codenamed Zagato/Bertone packs in a dual core processor of unknown clock speed (H6P). It’s pretty much confirmed that the budget iPhone will run iOS 7 and will feature Bluetooth 4.0 as well. 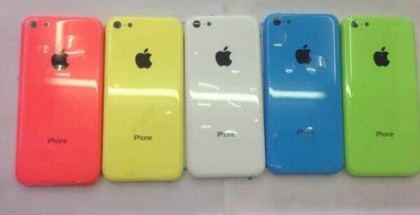 Keep in mind that these could be leaked on purpose just to throw people off the trail, because quite honestly the phones in the leaked pictures don’t look very Apple-esque. They could of course simply be early prototypes, that’s why the crudeness. If these are in fact indicative of the finished product, there’s no doubt that they will sell well. In fact, just because there’s the iPhone name on it, it will fly off the shelves. The question is, will Apple be jeopardizing its status as a premium product manufacturer with this phone?