If you’ve ever bought a HDTV or are looking to buy one, it’s inevitable that you’ve come across the different types available. The main types are LCD and LED, and quite often, one is cheaper than the other but they look quite similar. So what’s the actual difference between them and what should you get? For the most part LED screens are the best, but they also command a premium. Make no mistake, if you’ve got the moolah, LED is the way to go. But then again, that doesn’t mean that LCD is completely useless, so read on to find out more about the differences in our LCD vs LED feature!

LCD vs LED – The technology:

LCD stands for “liquid crystal display”. Liquid crystals are a state that’s in between liquid and solid. This unique blend of properties is used in LCD screen technology to produce images. The screen is traditionally lit by CCFL’s (Cold Cathode Fluorescent Lamps) that produce a white light that is then filtered selectively by LCD filters which result in tiny sub pixels of solid red, green or blue. Multiple sub pixels are collectively arranged appropriately to form a pixel of which multiples form an image. The liquid crystal state polymers align themselves according to a director to form the LCD filters that then produce images. All this alignment happens when a voltage is passed through these elements, and they arrange according to the direction and intensity of current. This is how uniformity is achieved. Again, there are different types like active matrix LCD screens and passive matrix screens. Active matrix screens employ transistors and capacitors to maintain the pixel state while passive does not. Most screens are now active matrix. 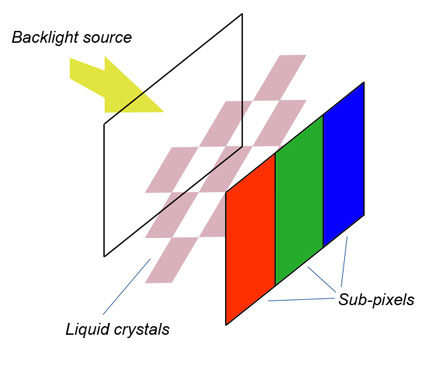 LED (light emitting diode) screens are not actually much different from LCD’s, due to the fact that they’re not true LED screens, but just LED backlit LCD screens. Even though the screen is advertised as LED, it’s actually an LCD screen with LED backlight. The role of CCFL’s in traditional LCD screens is taken up by an array of LED’s instead. The color reproduction is better in this case. Again, there are different types here as well. Full array LED’s are ones in which the entire panel is lit by an array of LED’s, this type is generally more expensive and harder to find. Edge-lit LED’s are the most common technology used and in it, the array of LED’s are arranged only on the edges for illumination. There’s also a feature called local dimming. Screens that use it have the ability to dim or brighten only certain areas of the screen which allows for much more diversity. There are local dimming versions of both full array and edge lite LED screens. However, most of this applies to large TV screens where different techniques produce a difference that can be actually gauged. 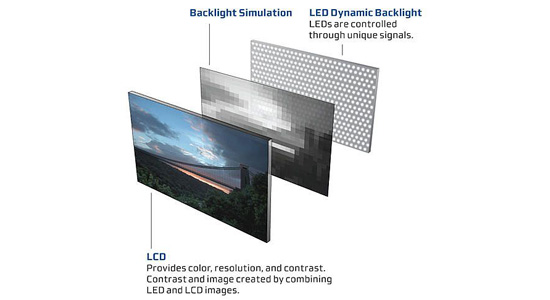 LCD vs LED – Advantages and disadvantages:

Most of the advantages that LCD screens had, were one-upped by LED screens. It improved on some of the problems Plasma screens had and got rid of problems like high power consumption, burnt in images and of course improved on image quality. However, since it’s a completely different technology, Plasma screens still have the slight edge in terms of contrast ratio and black levels. LED backlit LCD screens meanwhile do pretty much everything better, here are the advantages:

But then, LED screens tend to be more expensive, and if you buy a really cheap LED screen that’s edge lit, you’re sure to notice uneven blacks, whites and general non-uniformity. Also, they are less resistant to voltage fluctuations and tend to operate optimally in a lower range of temperatures. In general though, because of constant improvements, LED screens are considered the best.

Plasma screens trump both LCD and LED screens due to their extremely high refresh rate of around 600 Hz. Most LCD and LED screens are capable of 120 Hz while the higher end ones go upto 240 Hz. Due to this, Plasma screens tend to have less image trailing. However, due to the overall advantage of picture quality of LED screens, the 3D is almost as good. Quite a lot depends on the image engine, and even though LCD and LED screens can display 3D content only upto 900P or so instead of full 1080P, there’s not much you can notice. But make sure to actually test out the 3D to see if it suits your tastes. Most screens allow for adjustment of 3D depth too. 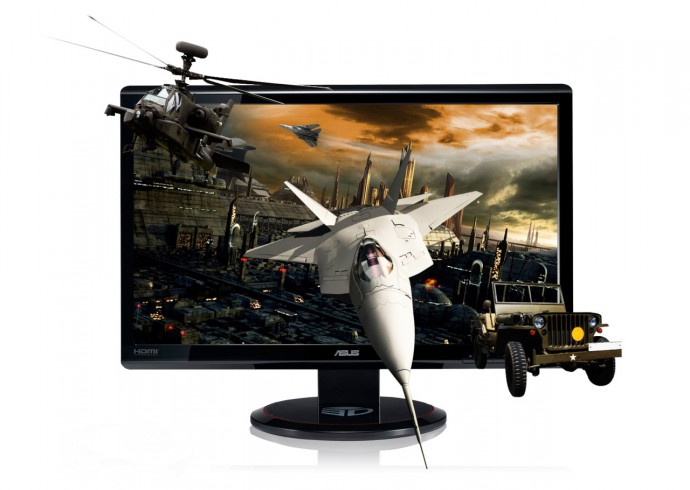 Bottom line is, LED screens get almost everything right. They’re thin, consume very less power and have great picture quality. But that doesn’t mean that LCD screens are bad in any way. Prices have dropped as well, and you should be able to find LED screens that are quite close to LCD ones. But if you’re on a really strict budget, you won’t regret buying an LCD either. For example, you might actually get a top end LCD TV for the price of a mid range LED TV and that’s a good deal on the whole. Finally, everything actually depends on what you like. Before choosing one, make sure to look at the screens side by side, decisions can’t be made without actually seeing for yourself. Do let us know if you have any queries and let us know what you think of the feature on LCD vs LED!