Have you heard about Droid Incredible ? The High Tech Computer Corporation or HTC, as it is popularly known as, has its own parameters to get going in the mobile world. The company it seems is never worried about what others are doing because it knows that it is a class apart. However, it does not mean that the mobile giant just lays back and cools its heels while others are roughing it out in the competition market. From time to time, HTC has come up with phones, which have broken the barriers of mediocrity and set the bars for excellence. One newly launched model from its android lineup has further pushed the boundary. The all-new ‘Droid Incredible’ is here and all set to take the market by storm. 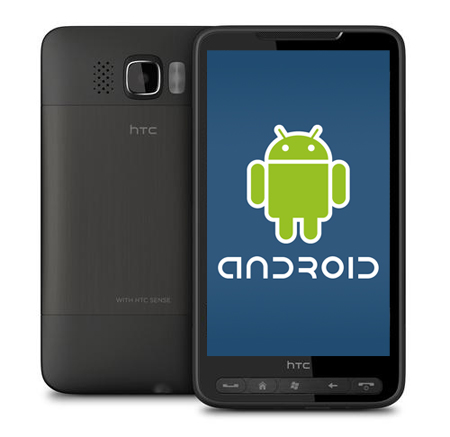 When in 2009, HTC stepped into the market with android as its operating system; experts knew to expect good things. Android is an Operating System, which also consists of middle ware and key applications. It is a powerful system, which supports a large number of applications in smart phones. It has been quite a boon and has enhanced the user experience by making it more advanced and comfortable. The hardware that supports android is mainly based on ARM architecture platform. It is slowly taking over the OS field while giving Microsoft a tough time. HTC has sensed the uprising and amidst this rivalry, launched its quietly brilliant android phone named Droid incredible. The android version, which Droid Incredible supports, is 2.1, Éclair. Some of the features are:

Laden up with loads of amazing features, it is a true masterpiece flashing all the android attributes. Some other features include:

Quietly brilliant, (as the HTC tagline puts it) the Droid Incredible carries on the tradition of excellence and sophisticated technology that have always carved the silhouettes for the HTC phones. If you want to know more about android, you can check Everything You Need To Know About Android which covered all versions of android 2 series.

About the author: Kate is a blogger by profession. She loves cooking and reading. She is fond of gadgets and recently added a sony ericsson android to her gadget collection. Hope you all liked this Android Now In HTC Phones As Well – Droid Incredible post.