Coolpctips tributes to the great legend Steve jobs. Steve jobs was the co-founder and CEO of apple and has revolutionized a lot of apple’s products which exist now in the market. The world has lost another great leader, creative genius, and an amazing human being. Steve jobs who was  the chief for apple from past few decades has past away this morning. He was the mastermind behind apple’s revolutionary products like iPhone, iPad, iPod, iMac and iTunes. His loss will bring a lot of change in apple productions and company growth. The vision and revolutionary ideas of Steve jobs has really changed the world ever since he was the chief of apple. 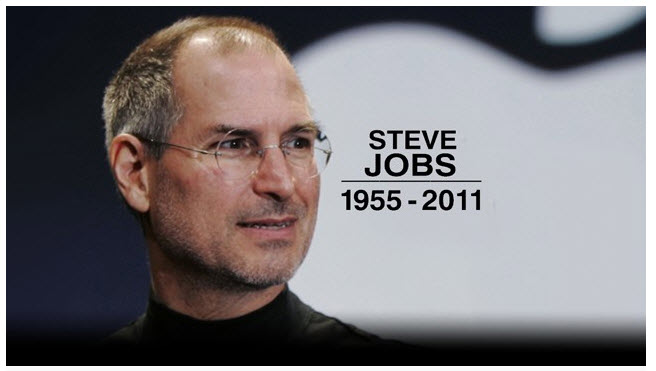 People always around him say that he is great leader, and a great mentor. Apple gives a statement saying “Steve has left the company behind, which he has built, and his spirit will forever be the foundation of apple.”  Today apple board of directors said  that they are deeply saddened to announce that Steve Jobs passed away today. The Apple’s home page website switched to a full-page image of jobs with the text, “Steve Jobs 1955 – 2011” and they have created another page for http://www.apple.com/stevejobs/ where they asked the members to share their thoughts, memories with Steve jobs.

We all pray that may his soul rest in peace. Steve Jobs who is considered to be one among the best CEO’s the world have ever produced. His ideas, thoughts and revolutionary products will be in our memories for ever. Coolpctips is starting a new section from today called as the CoolPCTips News which will be a tribute to the great leader. This category will produce all latest news around the world which has revolutionized the world.