Microsoft is seriously tweaking Windows 8 memory options, and is almost ready to hit the market. Microsoft is finding ways to limit memory usage by Windows 8 for better memory management which can prolong the battery life. Microsoft wants to release Windows 8, with same requirements as Windows 7. Its an open secret that Windows 7 was a huge success because of its minimum system requirements which served many people needs. The roaring success of Windows 7 in market clearly showed that people love operating system’s which uses less memory and load even more  faster when compared to its previous editions. Seeing in the interest in windows 8 OS, we have posted a guest article on windows 8 mobile features as 6 Important Things to Must Know About Windows Phone 8.

Microsoft has been implementing some strategies on windows 8 to limit the memory usage by the OS. They have been trying to reduce the amount of RAM used by the OS tasks. This will benefit in increasing performance of the applications and increase the battery life for laptop and tablet devices. Recently in a build conference, Windows division president Steven Sinofsky showed a screenshot of task manager running on Windows 7 and Windows 8 which was wowed by the crowd. They have used a netbook  which was used 3years ago to demonstrate windows 7 pre-beta. Later on. now again they used the same netbook with windows 8 in it which had a reduction of almost 120 MB of RAM usage, which was really amazing. 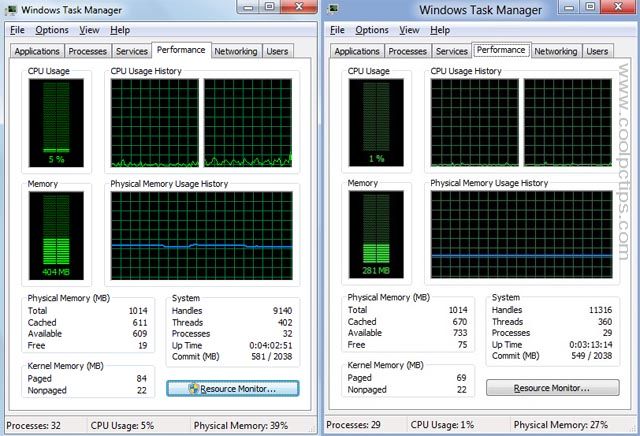 Microsoft main goal is to make Windows 8 memory more faster and use the same system requirements as windows 7. They even tried to remove blocks of system memory that are already duplicated in other running programs. Microsoft has removed around 13 services, and tweaked a different set of services to manual start and make some of the always running services move to a start on demand model. Most of the services now in windows 8 can be set to start the services manually. They introduced a Start on demand model, which will run the services only when we require. Windows 8 memory is being updated with awesome options like, plug and play, windows updates, and a user mode driver framework service.

Microsoft is cutting down all the possible ways to use memory to execute applications. Windows 8 will consolidate hot items in system memory to bring down the overall runtime memory cost. They went through all low level components of windows previous versions and reworked code and data structures. The result was separating portions of memory that are frequently referenced from those that are accessed occasionally, which led to across the board memory usage reduction amongst Microsoft employee workstations.

Source from our partners : Windows 8 Memory