Windows 8, as evident from the name, is the upcoming successor to the Windows 7 operating system. Although a release date hasn’t been announced as of now, a developer preview has been out and a consumer preview is slated for February 29, 2012. Then comes the quintessential question, what’s new? Well, most of it is all new, it’s quite a leap forward from everything Microsoft has ever done. The changes are vast in number, but we will try to cover most which affect the average user, read on for the Windows 8 preview!

When you see it initially, the first thing you’d probably notice the changed UI. The snazzy new minimalistic interface is called “Metro”. This new design language is being applied across Microsoft’s range of products and is currently visible on Windows Phone 7/7.5, Zune and the Xbox 360 dashboard. It’s based on typography and is neat, sophisticated and modern. If you have a basic idea of how Windows Phone 7/7.5 looks, you pretty much know how Windows 8 will look. 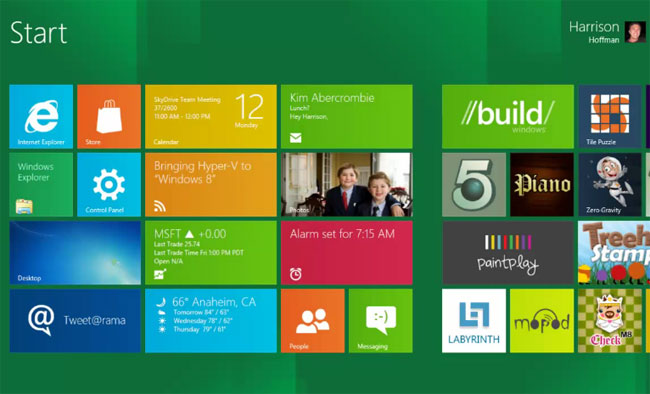 On the technical front, Windows 8 will be the first to support the ARM processor architecture along with previously supported Intel and AMD x86 architectures. ARM processors are mainly used in low power applications such as netbook, tablet PC, mobile phone processors, so you can expect to see Windows 8 variants on netbooks and tablets in the future. Also, Windows 8 will introduce a new file system called ReFS (Resilient File System) that will support almost all previous file system features, but will be more efficient and secure. It will allow for extremely large files with different partitions as well. ReFS aims to counter data corruption and recover as much data as possible in the event of a sector corruption. Furthermore, it can fix disk errors and inconsistencies on the fly. Windows Live ID functionality will be integrated along with access to a Windows Store with apps, similar to mobile phones. Furthermore, Windows 8 will support USB 3.0.

Windows 8 introduces a whole new approach to user interfaces. Gone are the days of a traditional start menu, instead there’s a start screen with tiles containing regular programs, apps, folders, picture of the person logged on and so on. The regular desktop can also be displayed, although it is treated as an app with it’s own tile in the start screen. The login screen is now customizable with date, time and day also mentioned, similar to the lock screen on Windows Phone 7. Login protection now includes gesture recognition so you can unlock your computer using just gestures on the screen or on a picture instead of the regular text based password. But, 5 unsuccessful attempts at gesture unlocking will require a text password to unlock the computer.

The apps and programs displayed in tiles on the screen are fully customizable and can be rearranged, they also show notifications. For example, the e-mail app will show how many messages are unread and such. Another interesting feature is that apps and programs can now be pinned to the screen, so you can play a game and chat at the same time on different apps! A new task manager now does duty in Windows 8. It is completely different from the present one, although the older version can be switched to at will. Instead of showing tabs, the task manager now shows running applications, color coded application loads and also includes startup programs. It is now more streamlined and all the running applications display memory, CPU, network and disk usage. 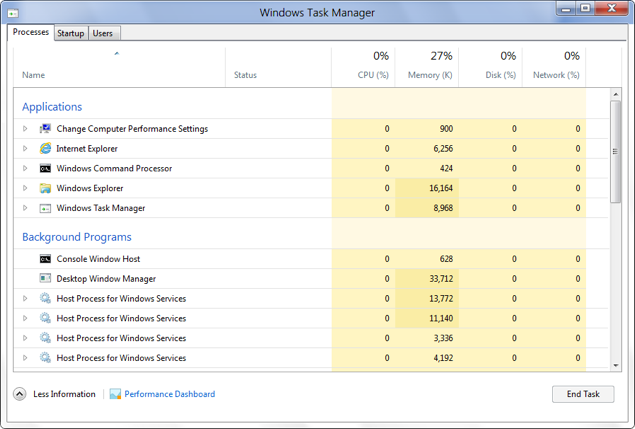 Windows Explorer has also undergone changes and now includes a ribbon menu similar to the Office applications. This menu changes according to the content type of the folder. For example, a folder with pictures will have common functions like crop, saturate, flip and the like. This dynamic menu makes it quite easy to perform actions on specific file types. As promised, Windows 8 is more power efficient than previous versions and this will be apparent on battery powered devices. Windows 8 also promises extremely fast boot times and a few videos show how a laptop cold boots in just 14 seconds! This is done by saving kernel memory to the HDD, similar to the hibernate function. 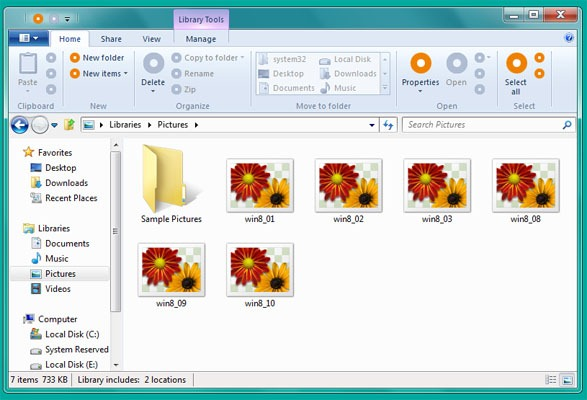 One of the new features is called “Windows to Go”. A copy of the OS, complete with user settings and functions can be saved to an external storage device like a flash drive and can be plugged in to start a personalized version of Windows! The installation process for Windows 8 is also touted to be much more simpler and efficient compared to the previous versions. It will be faster and has options for a quick install which upgrades the OS with minimum user intervention for novice users and an advanced installation for power users that has options for drivers, bootup, network and pretty much anything one could want.

As of now, system requirements are: A modern 1Ghz processor, 1GB RAM for 32-bit OS, 2GB RAM for 64-bit OS and about 15-20GB of disk space. These are identical to Windows 7 and the disk space won’t actually approach those sizes until a lot of updates roll out.

So there you have it, a preview of what’s to come, Windows 8 finally seems like a user friendly and customizable OS, let’s see how the consumer preview and final release works out! Do let us know what you think of the Windows 8 Preview.