Android market is growing day by day with millions of applications and games. People are looking for various applications according to their needs through out the world. Keeping this in mind, we have decided to  post Top android games and apps every month. And now it’s time to reveal the most downloaded free android apps in the month of April 2012. We have collected Top 25 Free Android apps which were downloaded by many people and which released in the month of April. Also we are mentioning few amazing apps which were not reviewed in the previous articles. We hope that this free list of android apps will surely allow you to expand your android usage and knowledge. The apps in the below post are ordered according to the number of downloads.S o here we go,

Top 25 Free Android apps for the month of April:

1) Instagram: Instagram is a awesome application to share your pictures. It’s fast, free and fun !. You can add amazing effects to your pictures to bring them to life. Share those pictures to your friends and family instantly. Whenever you open Instagram, you can see new photos from your friends and other creative people around the world. You can share your pictures to Facebook, Twitter, Tumblr and Foursquare. Instagram will work with all android versions including 2.2 and has a Front and back camera support. This application was downloaded over 531,727 times so far. 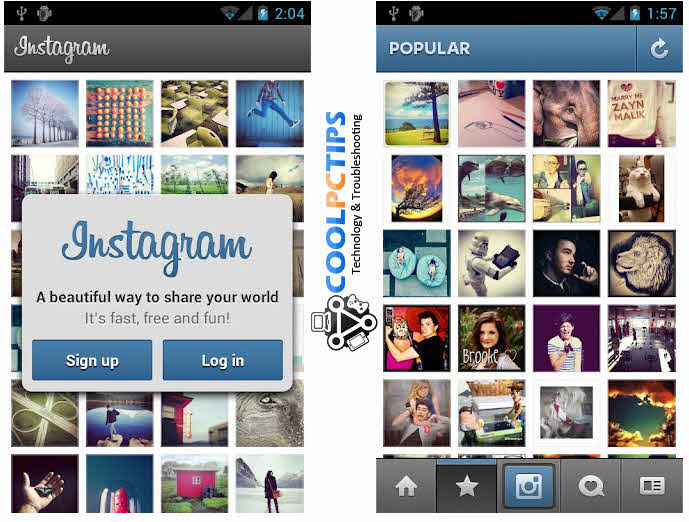 2) IMDb: Almost everyone knows that IMDb is the world’s largest movie database source. You can find over 2 million movie and TV titles and over 4 million celebrities, actors, actresses and other crew members. You can rate movies and TV shows with your IMDb account or Facebook account. You can view the trailers, share them, rate them and leave a comment. Also you can get notifications of further titles and names which you are interested. You can also explore the popular charts and recap previous TV shows. You can download the new IMDb android app which has been released recently. The app has already registered over 85,387 downloads in the month of April alone. 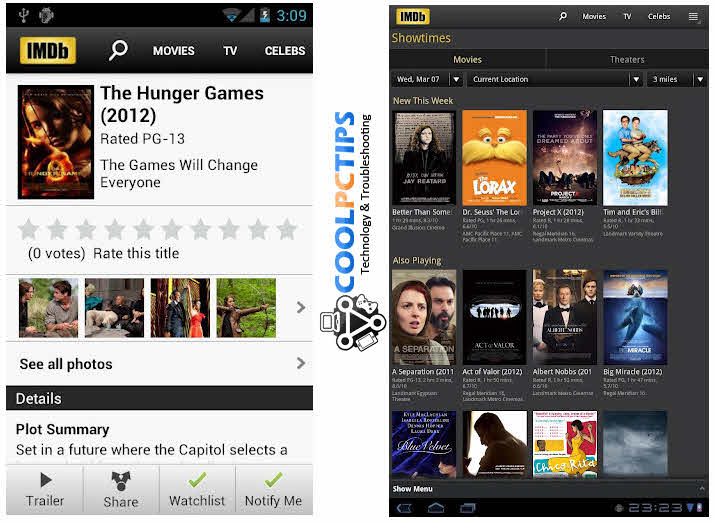 3) Easy Cache Cleaner: Easy Cache Cleaner is very useful system tool which can clean useless android applications cache files. It can save your phone disk space and make your phone speed up. Usually when we use any application in our phone, they generation Application Cache Files which are temporary files created by the applications. Its a good habit to keep cleaning your phone cache to improve the performance of your android phone. You can clean the system cache with just one click with this app and fasten your scan speed. You can sort apps by cache size or name. You can also find a reminder function and two display style. The app was downloaded over 27,500 times so far. 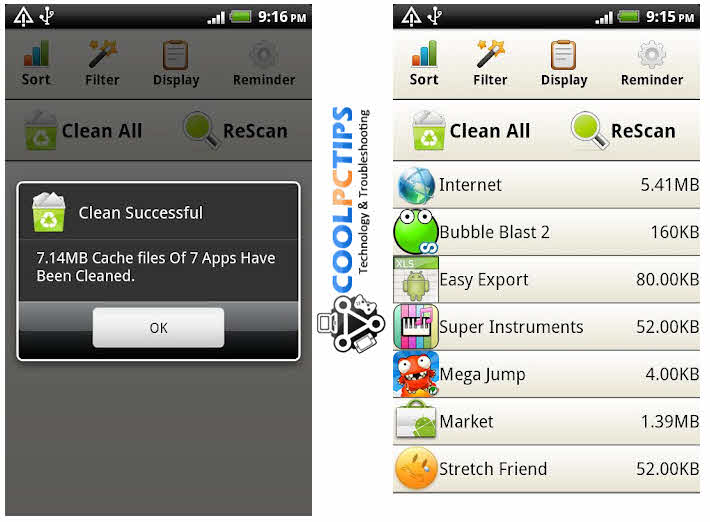 4) n7player: With its Rich music experience, n7player has become very popular player in less time. Its the best way to play music on android. It is an innovative 3D mp3 and music player which visualizes your music as a single plane full of album covers. You can zoom into your albums by multi touch option to view the library. The main application screen is like an interactive tag cloud where you can find your MP3 files very easily. Artist names can transform smoothly to album covers, when pinched to zommed, The amazing design and smooth interface will allow the user to quickly pick their favorite music from the library. The most advanced cover art downloading function will automatically fill the missing album art covers. n7 player was downloaded more than 20,055 times in the month of April. 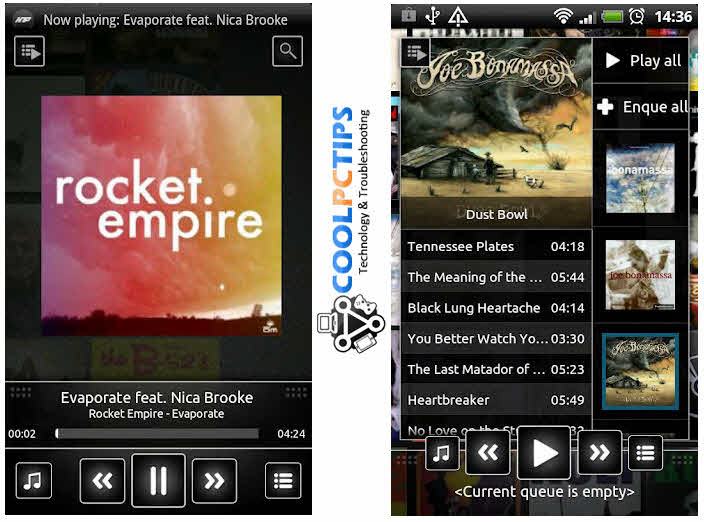 5) WP Clock 2.0: The beautiful live wallpaper from wp clock 2 will make your device look fantastic. After downloading the app, just go to settings -> appearance -> time -> toggle ‘use big font’ YES/NO to make the time fit to your screen. This fancy app will display a lot of useful information directly on your home screen. It will display Time and Date, Telephony and Wifi Provider with signal strength, Battery status in % and current weather. WP Clock is highly customizable and optimized for most tablets and smart phones using android. Ir can support both portrait and landscape orientation. It can also support background images and slide shows on home. The app was downloaded over 11,585 times in April. 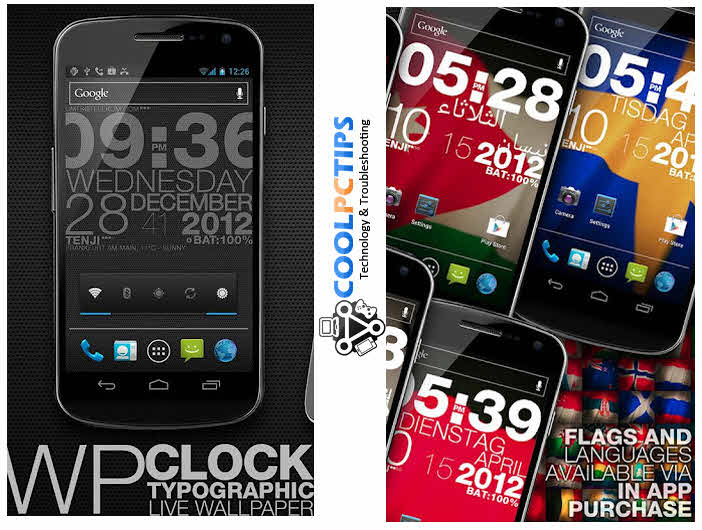 6) Cymera: Cymera is the best camera application for portraits. This free application will help you to take a photo like a professional photographer. It has 7 kinds of great lenses and 4 kinds of shooting modes. It also provides various decorating effects and filters through face recognition. You can make your own unique photo with Cymera. You can also share your photos in social media sites very easily. This application provides, Powerful camera features like DSLR, gives you various photo filters that add sensitivity on the photo, Beauty effects and fun decoration features using face recognition. This application has been downloaded over 7,000 times in the month of April. 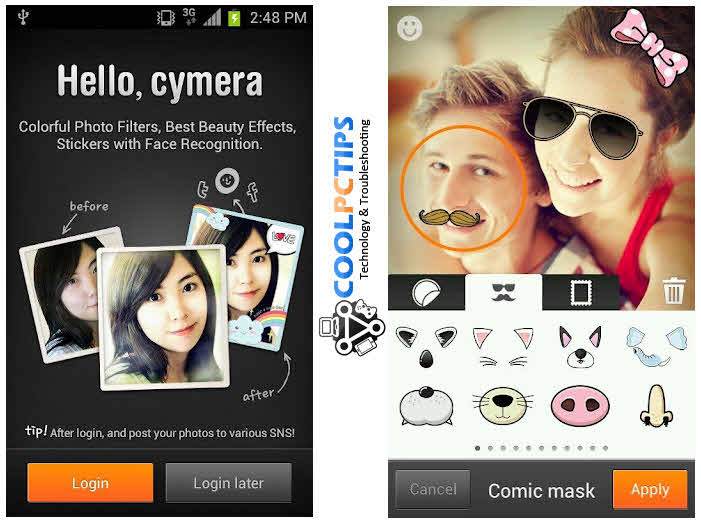 7) Taptu: Taptu is the best news reader app. This app is a social news feed reader that puts all of the stuff you read in one app. Taptu lets you add Facebook, Twitter, Linkedin and content from other websites and blogs. It will transform all the RSS and other content into gorgeous visual streams. You can find news or a stream you like and share with your friends instantly. You can also update your status, like and comment from your Facebook stream. You can add as many Facebook, LinkedIn or Twitter accounts as you want. If you don’t have enough time to read the live feed, just bookmark the articles and read later on the same or a different device. 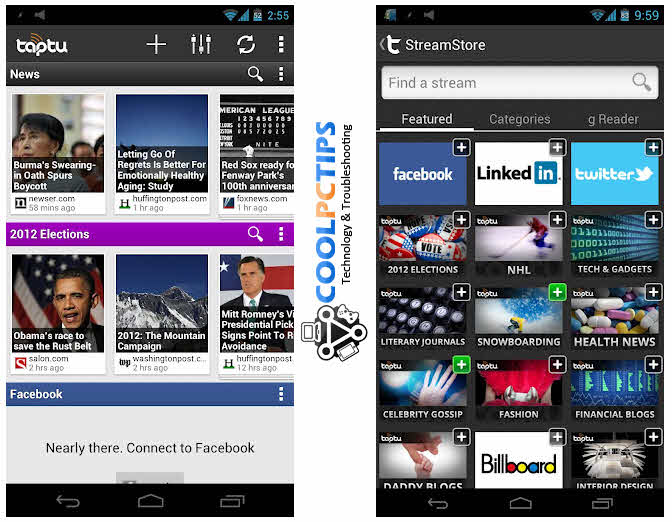 8 ) Pocket: Pocket is the best way to save and view articles, videos and more. If you find something interesting on web and want to view it later, put it in pocket. It automatically syncs to your phone, tablet or computer so that you can view it any time even without a internet connection. Pocket was #1 paid android news app, which is now completely free. Once the article is in pocket its on your phone. You can read it anywhere and anytime you want. This app was downloaded over 6650 times in the month of April. 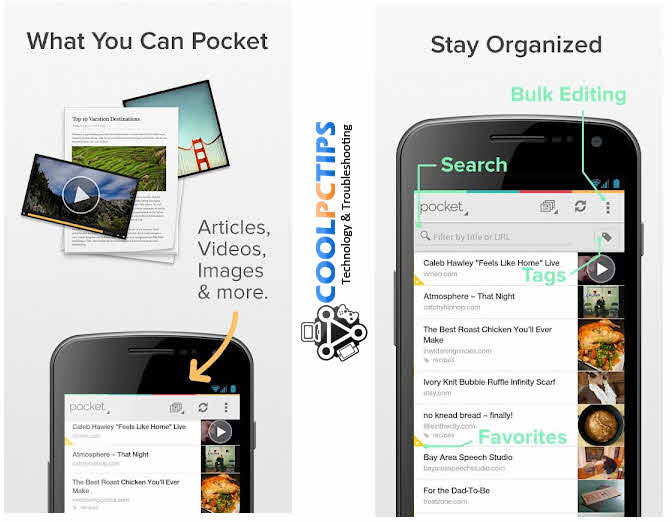 9) TED: TED talks gives you the most remarkable talks by remarkable people through out the world for free. TED’s official Android app presents talks from some of the world’s most fascinating people, education radicals, tech geniuses, medical mavericks, business gurus and music legends. You can find more than 1200 TED Talk videos and audios on the official TED app. This app was made possible with the support of Sony. Downloaded over 6,151 times in the month of April. 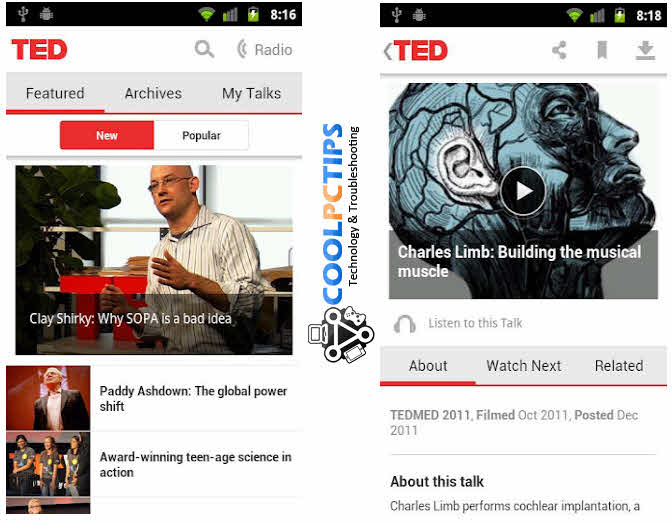 10) Textgram: With Textgram app you can create beautiful graffitis and share them with your friends. You can share your graffiti works on Facebook, Twitter, Whtatsapp, Viber, Skype, SMS, MMS, EMail and many more. This app was downloaded over 6,343 times so far in the month of April. 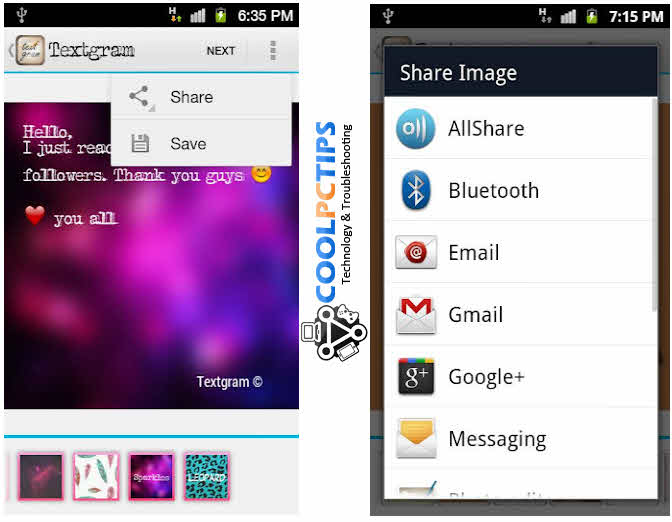 These are the top ten most download android apps for the month of April 2012. We are linking up to 15 more free android as promised. Check them out and download if interesting. Here goes the list.

Please note the number of downloads mentioned beside the app may vary time to time. These download count was taken on May1st 2012. That’s all for the month of April. We will provide you 25 free android apps of May 2012 next in June. You can check out our next post on Top 25 Free Android games for the month of April 2012.

Another recent free app which mobile phone users are able to download is the new motors app. This app is very useful for anyone looking to buy a second hand car at a cheap price. You can search different regions of the UK and also search the type of car which you are looking for.