Pretty much any quad core Android smartphone around Rs. 20000 has one thing in common, the SoC. Whether it’s the new Micromax Canvas 4, or older phones like the Xolo Q1000 and Panasonic P51, all pack in the same MediaTek MTK 6589 chipset with a quad core ARM Cortex A7 processor. It’s not sluggish by any means, but all the phones using it perform very similarly in benchmarks as well as the real world. Xolo has now gone ahead and launched a mid range Android smartphone which is priced similarly to these phones, but packs in a more powerful chipset, the Nvidia Tegra 3 T30. Here’s more about this media based smartphone from Xolo. 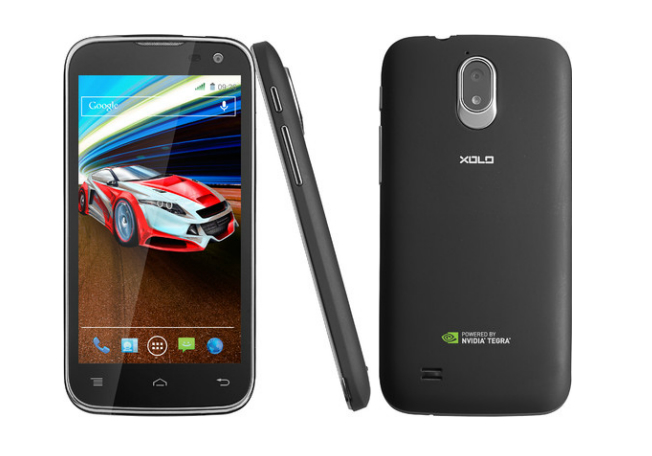 The Nvidia Tegra 3 chipset is the very same used in devices like the Google Nexus 7, Microsoft Surface RT and HTC One X. These were flagship devices from last year and still pack quite a punch. Even though they might not be in the league of the Samsung Galaxy S4 or HTC One, they’re still definitely more powerful than any MediaTek MTK 6589 powered devices. Even though termed a quad core, it’s actually a penta core SoC, in which the 5th core is used in standby mode when a lot of processing power isn’t required. This helps it conserve battery.

If you’re a gamer, this phone is a good buy because there are a couple of great games that are optimized for Nvidia Tegra devices, like Shadowgun and Dead Trigger, which figure in our top 5 Android shooters and action games. Also, the Nvidia TegraZone app is built in, which keeps you updated on such optimized games. Even if you’re not a gamer, it’s a pretty powerful phone and won’t disappoint in any way. Here’s the full specsheet:

All those specs that costed over Rs. 30000 last year are packed into the Xolo Play T1000 which is available for just Rs. 15999. A great deal, if you ask us. Perhaps the only complaint we have is that it doesn’t come with the latest Android version, but otherwise we can’t fault it in any way. Among the umpteen Android smartphones available at this similar price, the Xolo Play T1000 really stands out and should be a success. It’s certainly got a lot going for it!