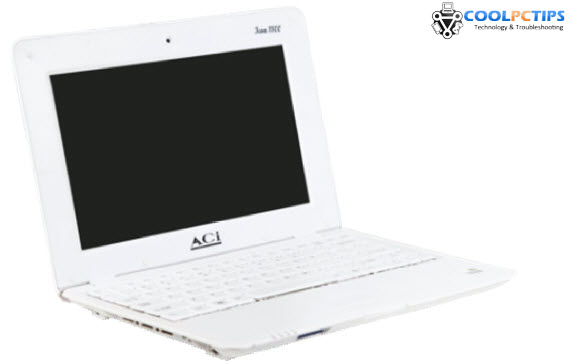 Coming to the technical specifications of this netbook, its has quite decent specs. Its really not surprising to see the low storage and low performance specifications in ACi Icon 1100. This pocket netbook in India can make a great impact on school and college students. As they don’t need much information to store on computers while studying, they can happily buy this low budget laptop. For a average school going student, this low specs netbook is more than enough to store eBooks, play videos, listen to music and browse Internet. ACi Icon 1100 comes with a Windows XP operating system and also supports WiFi to connect to Internet. You can check out the technical specifications of ACi Icon 1100 below.

ACi Icon 1100 has a 10.2″ LED display and sports a maximum resolution of 1024 x 768 pixels. Coming to the memory of ACi Icon 1100, it has a 512 MB RAM and can be expandable to 1GB. But the most annoying drawback of Icon 1100 is its low storage capacity. Its default storage capacity is 4GB, which can be expandable to only 32GB. Has a High Definition Audio sound system and 3 USB 2.0 ports for connecting additional devices. It also has an Ethernet port and supports Wi-Fi. ACi Icon 1100 comes with a one-push memory card reader (MMC/SD) and has a webcam (mostly a VGA camera). You can also connect a USB dongle to browse 3G Internet. While coming to the warranty, ACi Icon 1100 comes with a 12-month warranty.

According to the company, ACi is expected to sell around 200,000 low-cost laptops within the first year of their launch across the country. They even mentioned getting products from china and sell them to India consumers at a very thin profit margin. The company is pretty confident saying, “We will never compromise on quality with price. The range we will be offering are carefully designed and developed, just like the majority of our models launched both in UK and India”.

The Company is pretty confident to establish a good market in India, with their ACi Icon 1100 low priced laptop. And every year, India sells more than 250 million laptops. This is just 10% of sales volume what India makes, when compared to other European countries like UK. But still there is a lot of competition already. If ACi is successful to introduce Icon 1100 (with the help of government) in various states like Tamil Nadu, UP and other states, soon you can see a netbook in each and every students hand.

If you want to order this low cost laptop, ACi Icon 1100, Just go the ACi Official site and place a online order. You can expect a call or a mail asap you register. Please leave any queries and suggestions on Aci Icon 1100, do let us know.