Dark Souls was released back in October 2011 for the Xbox 360 and PlayStation 3. It was met with overwhelming critical success and PC fans were clamoring for a port. After an online petition that was signed by over 92,000 people, From Software, the developers of Dark Souls agreed to port it to the PC. So was it done well? The core game content is actually better than the original release, but the port…not so much. But don’t let that deter you from probably one of the best RPG’s of all time. Dark Souls belong in the era of gaming when games were actually a challenge. This would also explain why it’s not all that popular. Dark Souls is a hardcore dark fantasy RPG, you really have to work for it. Still interested? Read on for the Dark Souls PC Review. 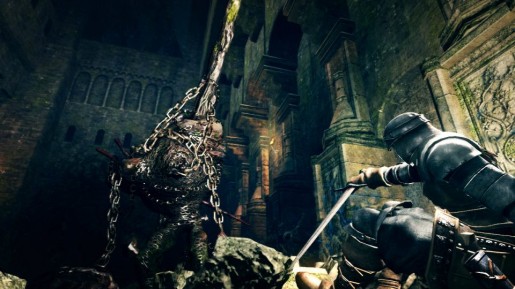 Dark Souls takes place in Lordran, a dark fantasy world filled with dangers at every turn. The prologue video details how the world came to be and the basic conflict of the story. It’s quite vague, in most respects and leaves much to the players imagination. Unlike Skyrim which has particular lore for everything, Dark Souls is more of a “it’s all upto you” sort of game. Some might find that slightly annoying, but hey, fantasy depends on imagination. In fact, most of the areas, creatures, quests and the like don’t have a complete background, so there’s actual emphasis on exploration. Dark Souls has a very unique premise. You start out as an undead, fighting to regain his humanity by absorbing “souls”, the main currency of the game. These souls grant you humanity for some time, and both your undead and human forms have different perks. For example, the human form grants your resistances and the undead form grants you passive combat abilities.

There are bonfires scattered along the world that serve as save points and they refresh your consumables such as potions. The only downside is, it also respawns all monsters except bosses. So better not visit one if you have plans of backtracking. Also, these bonfires can be used only in human form. Speaking of which, death is also an interesting concept in Dark Souls. Everytime you die, you lose “souls” and revert back to undead form. You have one chance to return to the place of death and recollect what you’ve lost. Mind you, you will be dying a lot, I mean a lot. The game is unforgiving and the learning curve is high, it isn’t a casual game. The combat is amazing though, there’s different animations for different types of weapons and you really have to work to get your skills up. One mistake in combat and you could be pushed close to death. However, Dark Souls is all about perseverance, it doesn’t matter if you die, it’s how much you can keep fighting before getting rewarded. There’s a real sense of accomplishment absent from most games here. It’s really rather a love it or hate it thing. Dark Souls doesn’t guide you, doesn’t tell you what to do. Everything is up to you, there’s no hand holding or spoon feeding here, so better buck up! 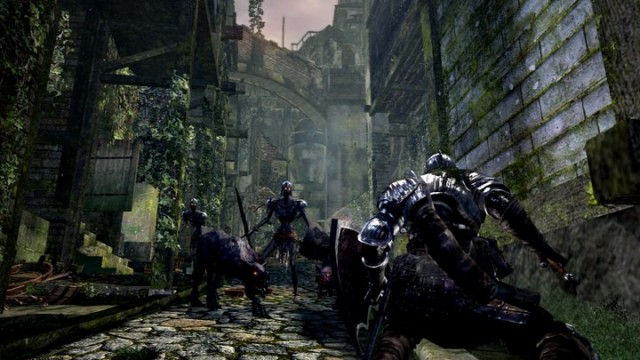 Here’s where you could be turned off. PC gamers are spoilt for choice with regard to customization. It’s one of the plus points, in fact, that PC gamers can choose to tweak the game settings as per they like for the best performance. There’s no such option here, Dark Souls is pretty much a straight port and don’t expect Crysis level graphics. Annoyingly, the PC version is locked at a measly 1024 x 720 resolution and 30 FPS. Fortunately though, a modder from NeoGaf released a tiny fix that lets you bump up the resolution and tweak some other settings too. You can get it here, it’s called DSFix. It’s actually quite something, the lone modder was able to do something the developers weren’t able to in all these months. Granted, From Software hasn’t developed PC games, but they could have put more effort into it. It’s quite unfortunate that a great game is hindered by lazy porting. Sound is quite good though, and there’s a variety of stuff you’ll be hearing in the huge Dark Souls world. 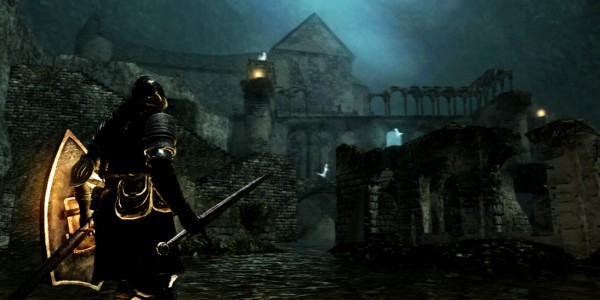 Let’s just put it this way, Dark Souls is amazing. The Prepare to Die Edition for PC adds a lot of new content to the already formidable amount the original had. You’re looking at 100+ hours of gaming, easily. Rarely do games come along that are must plays, and in a genre crowded with big names, Dark Souls manages not only to stand out, but rise above most other games. It’s no small feat either, more than the visuals, Dark Souls lets the content speak for itself. Don’t be turned off by the lackluster presentation of the port, Dark Souls is a truly innovative, immersive and mesmerizing experience that is worth your time. Look past the difficulty and you’ll realize that you actually have a sense of achievement from completing it. It’s a challenge, and you won’t regret diving into this world! Do leave us your views on the Dark Souls PC review below.