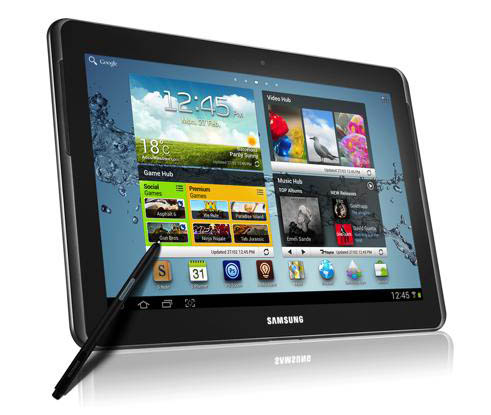 When originally announced at the MWC, the Galaxy Note 10.1 specs were: 1.4 GHz dual core processor, 1 GB of RAM, 3 MP rear facing camera, 2 MP front facing camera and expandable memory upto 32 GB via MicroSD card. The device itself was supposed to come in 16 GB, 32 GB and 64 GB variants. But a recent leak with an unboxed Galaxy Note 10.1 reports that the device has been beefed up and now features hardware similar to Samsung’s flagship Galaxy SIII smartphone. The updated specs are:

Admittedly, these specs look pretty great and we can’t wait to see how well the device performs with all the juicy new hardware. Samsung has been tight lipped as to which Galaxy Note device will be launched on August 29th and most clues point to the Galaxy Note 2 but there could be a double launch of the Galaxy Note 2 and Galaxy Note 10.1 on the cards. Let’s wait and watch!