The battle for the top spot in the world of high end smartphones is on and it’s a fierce battle indeed! On one corner, we have the Samsung Galaxy S3, successor to the mighty Galaxy SIII breaking records globally for highest number of preorders. The HTC One X is on the other corner, crafted from what are said to be the best materials available and is no slouch in the tech department either. While the HTC One X was launched worldwide in April 2012, the Samsung Galaxy S3 is expected to hit stores by early June. Comparisons between these two behemoths are inevitable, so without further ado, we give you a tech spec comparison! 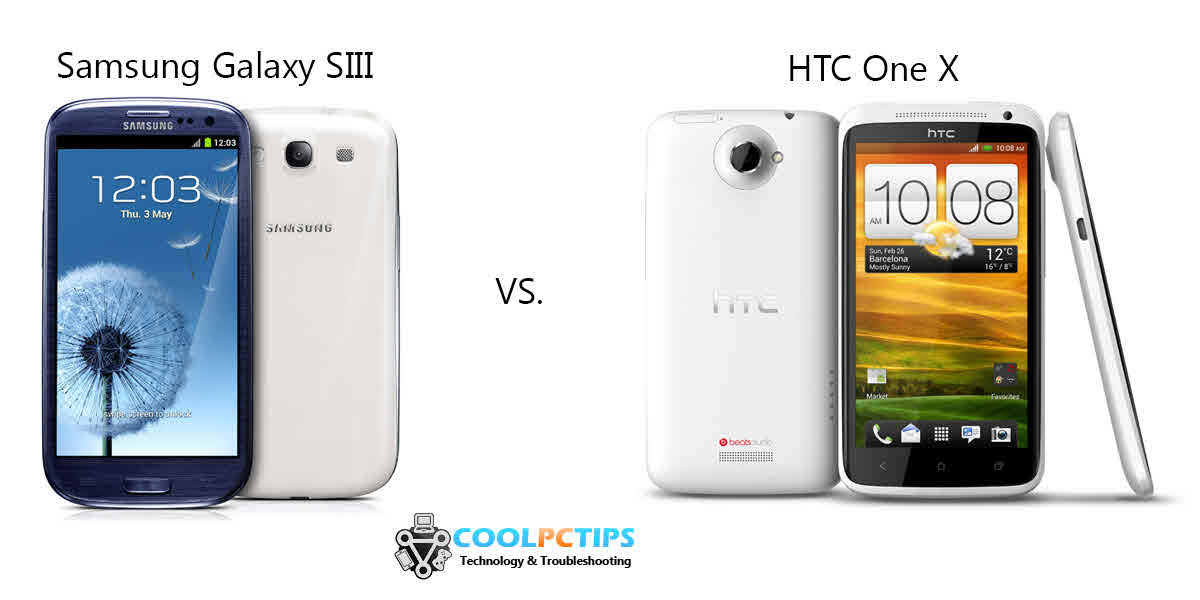 Both the smartphones feature similar dimensions and also weigh around the same at around 130 gm. The HTC One X boasted of being made with some of the best materials available and frankly, it shows. It sports a gorgeous polycarbonate unibody that feels robust and stable. The design is solid and there are no unruly gaps to speak of. The Samsung Galaxy S3 on the other hand, is said to be slightly more “plasticky” in feel but is in no way feels cheap.

These smartphones are amongst the first to sport core processors and even though they feature different SoC’s, they offer similar cutting edge performance. The Samsung Galaxy S3 comes with the Samsung Exynos Quad SoC which features a 1.4GHz ARM Cortex A9 quad core processor, ARM Mali-400 GPU and 1GB of RAM. There are 2GB RAM versions available of the Galaxy S3 as well, but they will be sold only in the US and Canada.

The HTC One X comes with the Nvidia Tegra 3 SoC which features a 1.5 GHz ARM Cortex A9 quad core processor, Nvidia GeForce ULP GPU and 1GB of RAM.  However, the Nvidia Tegra 3 features an additional 5th core clocked at 500MHz which is used when the phone is idle or during simple tasks. It also sports Beats Audio.

Needless to say, these almost full fledged PC-like specs result in blazing fast performance in media applications, gaming and general usage. Even multi-tasking with HD content is a walk in the park for these behemoths.

Highly Suggested Posts: Samsung Galaxy Note Review – Is This a Tablet or a Smartphone?

In terms of display, both smartphones feature extremely large and high resolution screens running at 720P HD resolution (1280 x 720). The HTC One X has a 4.7″ screen and the Samsung Galaxy S3 has a 4.8″ screen. Even though the screens are huge, the pixel density is high, so picture and video quality is top notch. The pixel densities stand at 312ppi (HTC One X) and 306ppi (Samsung Galaxy S3). For the record, the iPhone 4S with Retina Display has a pixel density of 326ppi.

Now for the differences, the HTC One X sports a Super IPS LCD screen and the Samsung Galaxy S3 sports a Super AMOLED screen. Of course both screens look great, but they’re not exactly the same. While the HTC One X has a better color reproduction, the Samsung Galaxy SIII takes the cake in terms of contrast ratio. It’s more of a preference really, but the Galaxy’s AMOLED scores over the One X in terms of outdoor screen visibility.

For some, there is a clear winner here in the Samsung Galaxy S3. It comes in 16, 32 & 64GB variants and also supports upto 64GB of expandable memory. So theoretically, with the 64GB variant you have 128GB of storage space! Unfortunately, the HTC One X comes only in one 32GB variant and cannot be expanded. This might just be the deal breaker for people who like to carry around their entire music collection or a large bunch of HD movies.

Both phones feature a 8MP rear facing camera with LED flash, capable of full 1080P video recording. Again, both cameras fair equally well in most settings but the HTC One X camera edges out the Samsung Galaxy S3 camera on some occasions. The Galaxy S3’s camera has an interesting feature called BestShot, that takes 8 photos in quick succession and then chooses the best amongst them.

All this extreme hardware needs extreme battery backup as well. The Galaxy S3 one ups the One X here as well as it features a larger 2100 mAH battery compared to the 1800 mAH on the HTC. However, since the HTC One X has a low powered 5th core, we’re guessing the standby time will be superior to that of the Galaxy S3. The extra 300 mAH on the Galaxy S3 will come in handy during active usage though.

Android 4.0, Ice Cream Sandwich is used by both the phones. Even though the OS is the same, the UI revisions make them seem different. The HTC One X uses HTC Sense 4.0 and the Samsung Galaxy S3 uses TouchWiz “Nature UX”. A winner can’t be declared as such, it’s again a matter of preference. HTC Sense 4.0 is an overhaul of the long running UI and the visual change is apparent everywhere. The neat little visual flourishes are pleasing to the eye and HTC Sense 4.0 is the looker of the two. TouchWiz “Nature UX”, on the other hand employs function over form, is the easier UI to use and has better accessibility features in comparison. 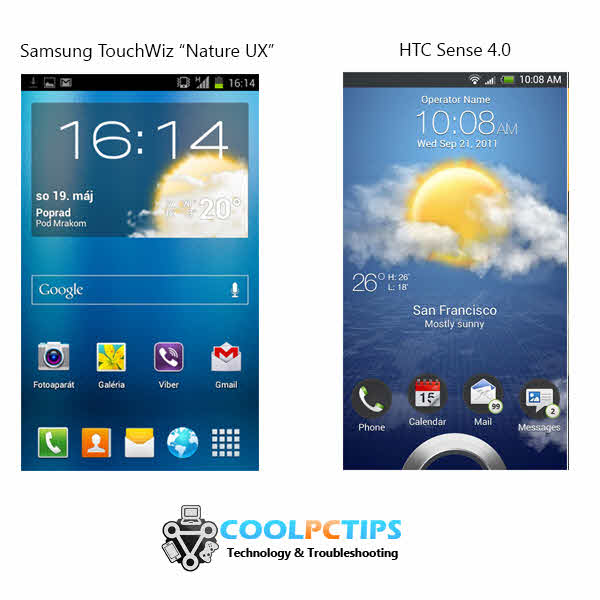 For consumers, price is sometimes the make-all, break-all criteria. Especially in a market like India where everyone looks for the biggest bang for their buck. All these amazing features come at a rather high cost. The HTC One X sells for INR 36,099 and the Samsung Galaxy S3 is priced at a hefty INR 43,180 for the 32GB variant. That’s almost a INR 7000 difference! Although the Galaxy S3 has better specs on paper, the One X is not far behind and offers much better value for money.

The war for the best smartphone in the world is on!