The Samsung Galaxy Note was released back in October 2011 to somewhat mixed reactions. On one hand it was praised for great performance and on the other hand criticized for it’s unconventional size. It could neither be categorized as a smartphone nor as a tablet. Thus was born the category of “phablet”. The Galaxy Note shared most of its internals with the hugely successful Samsung Galaxy S2. Supposedly the Samsung Galaxy Note 2 will see the light of day earlier than predicted.

There have been rumors of a new Galaxy Note floating around since the past few months and sources confirms that the Samsung Galaxy Note 2 will be revealed on August 15th. Although officially Samsung simply stated a “new Galaxy device” would be launched on August 15, most sources seem to suggest it’s going to be the new Galaxy Note. It’s also being said that the projected launch date has been moved up to September so that Samsung gets a headstart on Apple’s iPhone 5 launch. Similar to the previous generation where hardware was shared between Galaxy S2 and Galaxy Note, the Samsung Galaxy Note 2 will also share hardware with the Samsung Galaxy S3. Rumors suggest the processor will be clocked higher at 1.6 GHz compared to the S3’s 1.4 GHz, although the Exynos Quad SoC remains same. Ostensibly, specs and such keep changing with different rumors, but the 5.5 inch screen rumor remains constant. Here are what we’ve heard the specs could be, keep in mind these are just rumors and can turn out to be wrong: 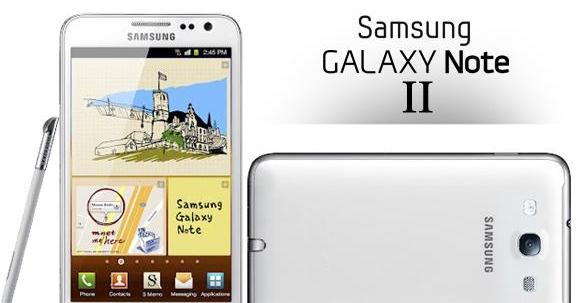 Out of the above specs, the screen size is mostly confirmed. Even though the screen size is supposedly increasing, the device won’t get any larger (phew!). Also, a leaked benchmark seems to suggest the Samsung Galaxy Note 2 outperforms the Galaxy S3 due to the higher clocked processor, which is great news. The Samsung Galaxy Note 2 could also very well come with Android 4.1 Jelly Bean out of the box, but we think it will get Jelly Bean via an upgrade later. Well that’s all we know for now, watch this space for more and please leave us your comments below!