The 2012 edition of IFA at Berlin, Germany promises a lot of big announcements. It’s just begun and great new devices have already been unveiled! Sony has unveiled its new range of Xperia smartphones, the Sony Xperia T, Sony Xperia V and Sony Xperia J. Out of the three, the Sony Xperia T is the flagship model and promises to be a multimedia powerhouse. The specs seem fantastic and it looks like it will live up to the promise. Next up is the similarly powered Sony Xperia V which has a very special characteristic not found on on many smartphones. Last but not least is the affordable Sony Xperia J which will cater to the budget consumer. Check out more about the Sony Xperia T, V and J here. 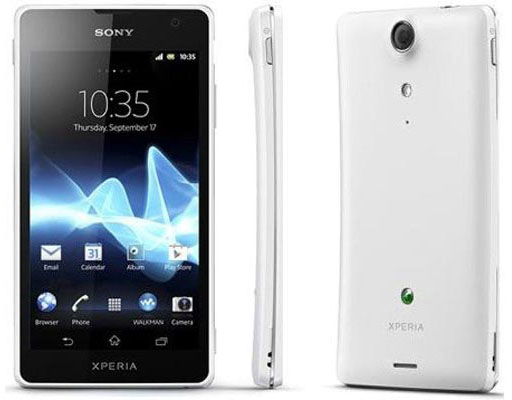 Here it is, the most powerful Sony Xperia smartphone yet. The Sony Xperia T will be Sony’s flagship model for now and it sure looks great. With NFC, a huge HD screen and a high powered camera, Sony is promising a complete media powerhouse. The good news is, unlike the previous flagship Sony Xperia S, the Xperia T will feature expandable memory, come bundled with Android 4.0.4 Ice Cream Sandwich and Sony promises an Android 4.1 Jelly Bean update very soon! Here are the specs: 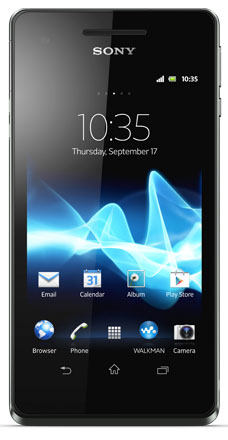 The Sony Xperia V is also similarly powered to the Sony Xperia T save for a smaller screen and less powerful front facing camera. In other words, it’s like a rugged version of the Sony Xperia T. It still comes with the same resolution screen, so the pixel density is higher than that of the Sony Xperia T and in case you’re wondering, even the iPhone 4S. The coolest feature it has that hardly any high end Android smartphones have is that it’s waterproof. That’s right, this powerful device can survive upto 1m under water for 30 minutes, no problems at all. It meets the worldwide IP55 and IP57 protocols for durability and has a very strong shell. Similar to the Xperia T, expect a Jelly Bean update soon. 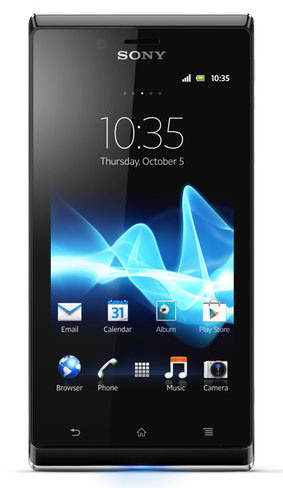 Finally, we have the Sony Xperia J, which will be Sony’s new budget offering. It’s got pretty cut down specs compared to the two above, but they’re still nothing to scoff at. It will come with Android 4.0.4 Ice Cream Sandwich, but unlike the other 2 devices it might not get Android 4.1 Jelly Bean. However, it does come with a front facing camera and expandable memory. Connectivity options are also less compared to the Xperia T and Xperia V. Expect a better battery life though, here are the specs:

So this was just the beginning, lots more announcements are on the way from IFA 2012, stay tuned! Do let us know what you think of the Sony Xperia T, V and J in the comments below.