Google has announced that the next version of it’s hugely popular mobile operating system Android will be called “Jelly Bean”. This is in keeping with the tradition of naming each OS version, Jelly Bean being 4.1, after a dessert in alphabetical order. So the next Android version will probably be named after a dessert starting with K, get the drift? Jelly Bean is the evolution of the Android OS which is now common for both phones and tablets. Google has announced that the first Jelly Bean devices will ship in July. Some of the devices are the Galaxy Nexus phone, the Motorola Xoom tablet and Google’s very own Nexus 7 tablet. So let’s have a look at all the shiny new stuff, shall we? 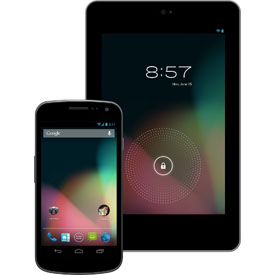 The new Android packs in a host of new features, the most noticeable of which is what Google calls “Project Butter UI”. This rather quirky name refers to Google’s attempt to make the UI on all Android devices “fast, fluid and smooth” by triple buffering graphics. In practice, the Android UI now runs at a brisk 60 fps, and it seems far more fluid than Ice Cream Sandwich, even on the exact same hardware. Check out a comparison here:

Another big new feature is Google Now. It’s basically a predictive app that gathers data from the internet and observes your daily routine to provide relevant information. For example, you can simply say “sports” and Google Now would show you all your favorite team scores, upcoming matches and the like. Or in daily life, you can say “traffic” and it would check for traffic along your daily route and alert about any delays beforehand. Let’s just say Google Now makes Android devices more….sentient, *shudder*. Anyway, it’s a super cool feature that we can’t wait to see. Also included are new voice control features that improve and add more functionality to the existing set of features. Now voice input is possible without connecting to the internet too. The home screen is also changed, expect a better app launcher and more interactive notifications, a la Windows Phone.

The first new device to be running Android 4.1 Jelly Bean will be the Google Nexus 7 tablet. Manufactured by Asus, the Nexus 7 will come with a 1.2 GHz Nvidia Tegra 3 (T30L) quad-core ARM Cortex-A9, 1 GB RAM and will be available in 8 GB and 16 GB storage space variants. The Nexus “7” is named such because unlike most tablets, it has a 7 inch screen running at 1280 x 800 resolution, so it’s a direct competitor to the Amazon Kindle Fire and the BlackBerry PlayBook. There is no expandable memory and it lacks an HDMI slot as well. But then again, the launch price is really very competitive. The 8 GB version is 199$ and the 16 GB version is 250$. Unlike the PlayBook though, the Nexus 7 features a front facing 1.2 MP camera for video conferencing. 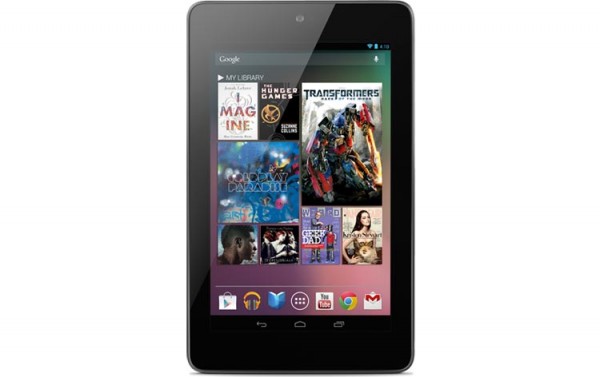 All media content and apps will be delivered through Google Play and it will also feature Google Chrome as the default browser. The Google Nexus 7 looks like a fantastic device and we’d like to see it come to India priced reasonably. It’s not in contention with the iPad, but those features and specs are amazing!

Let us know what you think about the announcements of Android 4.1 Jelly Bean and the Google Nexus 7 tablet.