The Nexus branding is associated with powerful yet affordable devices from various companies but in direct association with Google. Although Google does not manufacture the devices, they are considered first party devices and always get the newest Android version updates first. Case in point, the Galaxy Nexus smartphone was the first smartphone with Android 4.0 Ice Cream Sandwich when it was released back in October 2011. Even after Android 4.1 Jelly Bean was announced, it was one of the first to get the new OS even though it isn’t technically the most powerful, hardware wise. Similarly, even the Google Nexus 7 tablet (manufactured by Asus) was one of the the devices that got the upgrade to Jelly Bean very soon. We’ve compiled most of the Galaxy Nexus 2 rumors floating around, have a look! 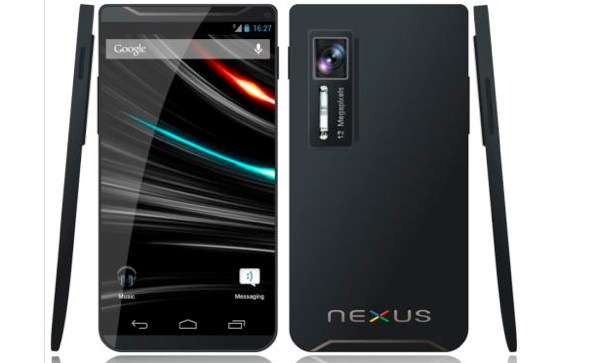 It was inevitable that a new Galaxy Nexus smartphone would be launched and there have been sources that claimed, not only one manufacturer is working on a Nexus smartphone. Apparently, Sony, HTC and Samsung are all separately working on Nexus branded smartphones. The “Galaxy Nexus” name, of course belongs to Samsung and owing to the previous alliance of Google and Samsung, it most probably will be the first device released.  There’s also rumors that suggest the name will be changed to “Galaxy Nexus Premier”. The Galaxy Nexus had about Galaxy S2 specs and most are expecting that the new Galaxy Nexus 2 will be similarly specced to the Galaxy S3. But leaks suggest that it’s not going to feature a quad-core processor but a dual-core. More details below.

A few pictures were leaked onto Picasa and an inspection of their details revealed that they were taken by a Samsung GT-i9260, the rumored model number of the Galaxy Nexus 2. The original Galaxy Nexus’ model number was GT-i9250. Furthermore, they revealed that the camera had a F/2.65 aperture and a 4mm focal length, same as the Galaxy S2 which had a 3.97mm focal length instead. This could suggest it uses the same camera as the Galaxy S2. Even the EXIF information seemed to confirm it was the new Galaxy Nexus 2, with firmwares listed as I9260XXALI5 and I9260XXALI6

Another document leak seemed to suggest that the Galaxy Nexus 2 will come with a dual-core 1.5 GHz “ARM-11” processor, 2 GB RAM and will feature the same size 4.65 inch screen, but a Super AMOLED HD at a resolution of 1280 x 720. The “ARM-11” part is slightly confusing though, as the present range is Cortex-A9 and the upcoming range is Cortex-A15. There’s no Cortex-A11. The only model number with “11” in the name was the old ARM11 range, which is also used in Nokia 808 PureView. We’re pretty sure this old processor won’t be used in the new Galaxy Nexus 2, so it could be just a placeholder name. Most rumors seem to suggest the followings specs:

That was a round up of all the Galaxy Nexus 2 rumors, it’s pretty much all we know. Do drop us a comment telling us what you think!