Now that the flagship models of all 3 major mobile operating systems have been revealed, it’s time for the inevitable comparisons. With the Samsung Galaxy S3 already in the market and the Apple iPhone 5 and Nokia Lumia 920 soon to hit store shelves, we’re going to compare these phones on the basis of a few factors which might just help you decide what phone you should buy. Each of these phones are amazing in their own right, but hey we gotta make one choice right? So here’s our feature on iPhone 5 vs Lumia 920 vs Galaxy S3, the proverbial battle of the Titans! 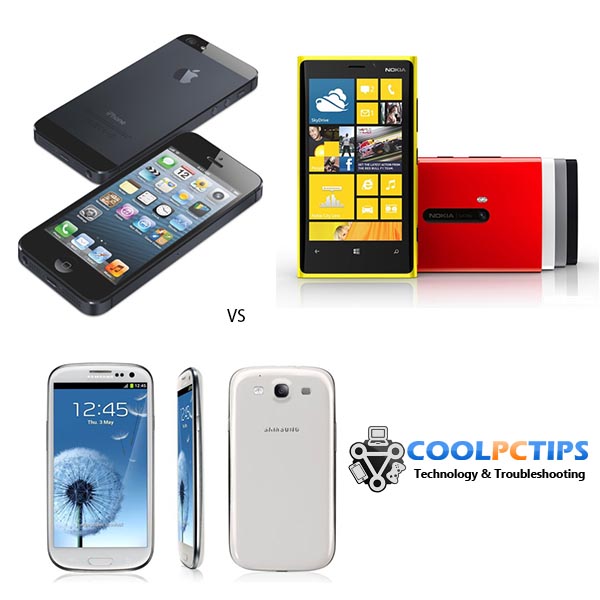 It’s no secret that Apple products have fantastic build quality and the iPhone 5 doesn’t disappoint in this regard. The aluminum and glass casing really gives the phone a premium feel and it’s also the thinnest at 7.6mm and lightest at 112 g, although it has the smallest screen. The Samsung Galaxy S3 is also hardly 8.6mm thin and weighs in at 133 g. This is quite a mean feat considering it has a very large screen and quite a large battery. Build quality on the Galaxy S3 is bit of a downer though, and the polycarbonate chassis feels rather cheap and plasticky in your hand. The Nokia Lumia 920 is the thickest at 10.7mm and tips the scales at 185 g. However, the unibody chassis is great like its predecessors even though it goes for a glossy finish unlike them. Also, the Lumia 920 comes in funkier, brighter colors if you like that sort of thing.

iPhone 5 vs Lumia 920 vs Galaxy S3 – Processor, RAM and other hardware:

On paper, the Samsung Galaxy S3 comes with the beefiest processor, a 1.4 GHz quad-core Samsung Exynos 4412. The Nokia Lumia 920 comes second with a 1.5 GHz dual-core Qualcomm Snapdragon S4 and the iPhone comes with a proprietary Apple A6 which is supposedly a 1.3 GHz dual-core processor based on the ARM Cortex-A15 architecture. But then again, we can’t really judge them on the basis of hardware alone. It matters how the OS they run on uses the hardware. Apple is known to make the most of meagre hardware and so is Nokia since they both have a close hardware/software relationship. The Galaxy S3 is also really fast, but in terms of hardware/software integration, it lags behind. Apparently, both Apple and Nokia think there’s no need for quad-cores yet as hardly any software, if any at all make use of it. Each of the phones get 1 GB of RAM, which is more than enough for their functions. So finally, we can’t really judge them based on their specs, but we can say that every phone packs in a lot of firepower and will get anything done pretty fast. Honestly, in the real world, would a second or so matter while opening a video or doing something similar? We believe that as long as the phone is generally smooth and efficient, it’s done its job well. 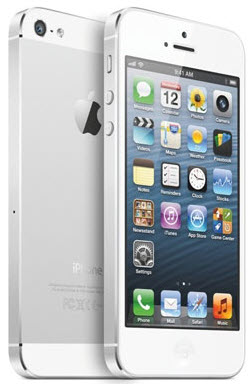 Ah, now here’s a criteria that is sure to be the subject of much discussion, the screen. The iPhone 4 introduced the Retina Display, a highly dense screen that crammed in more pixels so that to the naked eye, there would be no pixels visible. Now, the iPhone 5 comes with a larger 4 inch screen and higher resolution of 640 x 1136 px but retains the same pixel density of 326 ppi. Apple claims that the LCD IPS screen features much better color saturation than its predecessor and the screen does look much better than the already great iPhone 4S screen. The Samsung Galaxy S3 comes with a huge 4.8 inch Super AMOLED HD screen at 720 x 1280 px and has a screen density of 306 ppi. Even though by numbers it has the least pixel density, it’s in no way a bad screen and offers the largest viewing area and great colors. The Nokia Lumia 920 takes the cake here in terms of the screen and features a 4.5 inch PureMotion HD+ ClearBlack LCD screen at 768 x 1280 px and has a screen density of 332 ppi, the highest among the lot. The screen also features auto adjustment for best viewability in sunlight, a touchscreen that can be used through gloves and has a super fast refresh rate of 5ms. Nokia’s ClearBlack technology is improved here and it promises great contrasts in addition to brighter colors.

There is no contention here, the Samsung Galaxy S3 offers the most flexibility in terms of storage space. It comes in 16, 32 and 64 GB variants and supports upto 64 GB expandable storage via MicroSD card. The iPhone 5 also comes in 16, 32 and 64 GB variants, but lacks an expandable memory slot owing to its unibody design. It’s the same case with the Nokia Lumia 920, which gives up the expandable memory slot in favor of a unibody design. But then, it comes only in a 32 GB variant. 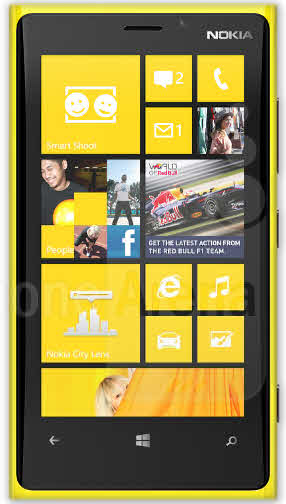 The iPhone 4S set benchmarks in the camera department and was long considered the best. However, the newer Android devices like the HTC One X and Samsung Galaxy S3 feature great cameras as well. All of these cameras come with 8MP sensors. In terms of specs, the iPhone 5 camera is pretty much the same as the iPhone 4S save for a larger aperture and a sapphire crystal lens. In the real world, it results in better low light photography and better colors. Comparisons between the iPhone 5 and 4S cameras reveal slight differences, and it’s not entirely game changing. Furthermore, it plays catch up to the Galaxy S3 with panorama and auto stitching features which the S3 already comes with. The Galaxy S3 also comes with a few more fancy features like multi-shot and the like. The Nokia Lumia 920’s trump card is the 8.7MP PureView camera that promises the best smartphone camera quality and great low light photography. It also comes with image and video stabilization, CinemaGraph and Nokia says it’s able to capture 5 to 10 times more light than other smartphone cameras. CinemaGraph allows you to add motion to a certain area of an image, like a person waving while everything else remains stationary. All these cameras are capable of full HD 1080P video recording and also feature front cameras capable of 720P video recording. The Galaxy S3 has a 1.9MP front facing camera unlike the 1.3MP cameras on the other two though.

Of course, the operating systems on all phones are different and each of them come with their own features. Android offers full integration with Google services, Windows Phone 8 offers integration with Microsoft and Nokia services and the iPhone 5 integrates well with the Apple range of services and has the best voice control application in Siri. However, there are some killer features each phone bring to the table. The Nokia Lumia 920 comes with wireless charging, a great screen, camera and CityLens, an augmented reality app. The Samsung Galaxy S3 comes with a powerful quad core processor, the S-beam NFC feature, S-Voice and a huge screen for the media lovers out there. Finally, the iPhone 5 comes with the best build and a much better integrated Siri, but unfortunately doesn’t have a “killer feature” as such. It goes the safer route and is simply an improvement rather than a revolution. Apple fans are happy as always, but it’s missing a feature that Apple can bank on, like Retina Display for the iPhone 4 and Siri for the iPhone 4S. 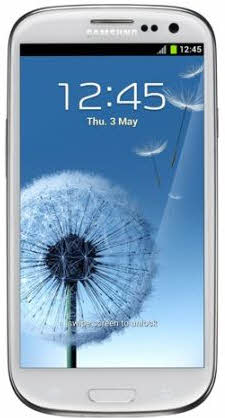 In conclusion, we’d like to say that every single phone is amazing in its own right and it’s only a matter of preference which decides what phone you’d go for. Long time Apple users might get the iPhone 5 with their eyes closed but an Android user might not see what the big deal is. In that regard, Windows Phone 8 is somewhat of a dark horse and only now it’s gaining mainstream popularity and could turn out to be a winner. So what do you think of our feature on iPhone 5 vs Lumia 920 vs Galaxy S3? Which phone do you think is the best and would put your money on? Let us know via comments below!