The Lumia 920 is the flagship Windows Phone 8 device from Finnish manufacturer Nokia. Announced on September 5, 2012, it sure took a long time to hit stores, but there has been a lot of buzz surrounding the device. Unlike the last generation of Lumia devices which were well received but didn’t sell all that well, the Lumia 920 saw a very promising number of preorders and was sold out in many countries. This bodes well for the fallen Titan Nokia, which once ruled the mobile phone world. While it may have lost out the “signature” Windows Phone 8 device name to the HTC 8X, the Nokia Lumia 920 comes chock full of features you won’t find on any other smartphone. We managed to get our hands on an AT&T version of the smartphone, so here’s our full Nokia Lumia 920 review! 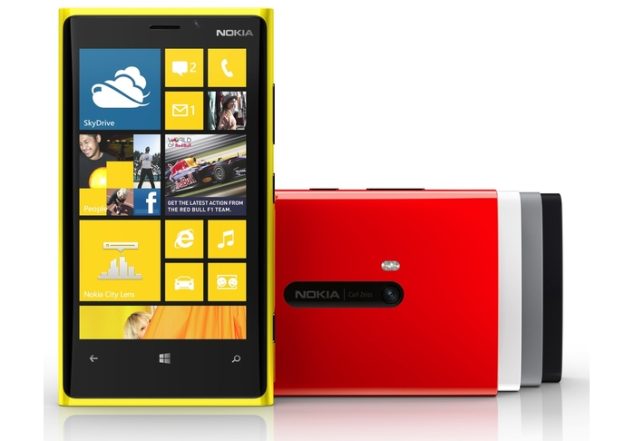 Undoubtedly the biggest feature of the phone is the PureView camera. While it doesn’t pack in a 41 megapixel sensor like the Nokia 808 PureView, the Lumia 920 has a fantastic camera that will not disappoint. The Qualcomm Snapdragon S4 SoC comes with a dual core processor clocked at 1.5 GHz and there’s 1 GB of RAM onboard, so finally Windows Phones are coming up to speed on current hardware. There’s the usual connectivity options like Bluetooth and Wi-Fi, plus there’s NFC built in. The Lumia 920 is also capable of wireless charging through the Qi Wireless standard, but you will have to buy a wireless pad, dock or cushion separately. Unfortunately there’s no expandable storage even though Windows Phone 8 supports it, in view of the unibody design.

The Nokia Lumia 920 is a gorgeous, well built device. No matter the finish, the 920 exudes quality. The polycarbonate unibody is both durable and easy to hold. Sure, if you opt for one of the glossy colors (Red, Yellow or White) you can expect more scratches and fingerprints, but the durability doesn’t take a hit. Seriously, check out one of the torture tests on YouTube and you’ll see how Nokia really does make tough devices. Of course, since it’s a unibody design there’s no MicroSD card slot or removable battery, you can find the SIM slot on the top. On the right, there’s the volume buttons, then the power button and finally the physical camera button near the bottom. It’s a different layout from Android phones, and it’s actually more convenient. The top houses the SIM card slot and a 3.5 mm headphone jack in the center, unlike other phones. Finally, the bottom part of the phone has a MicroUSB 2.0 slot in the center and it’s flanked by micro laser drilled speaker holes on each side. The tiny visible screws on each side give it a nice industrial look. 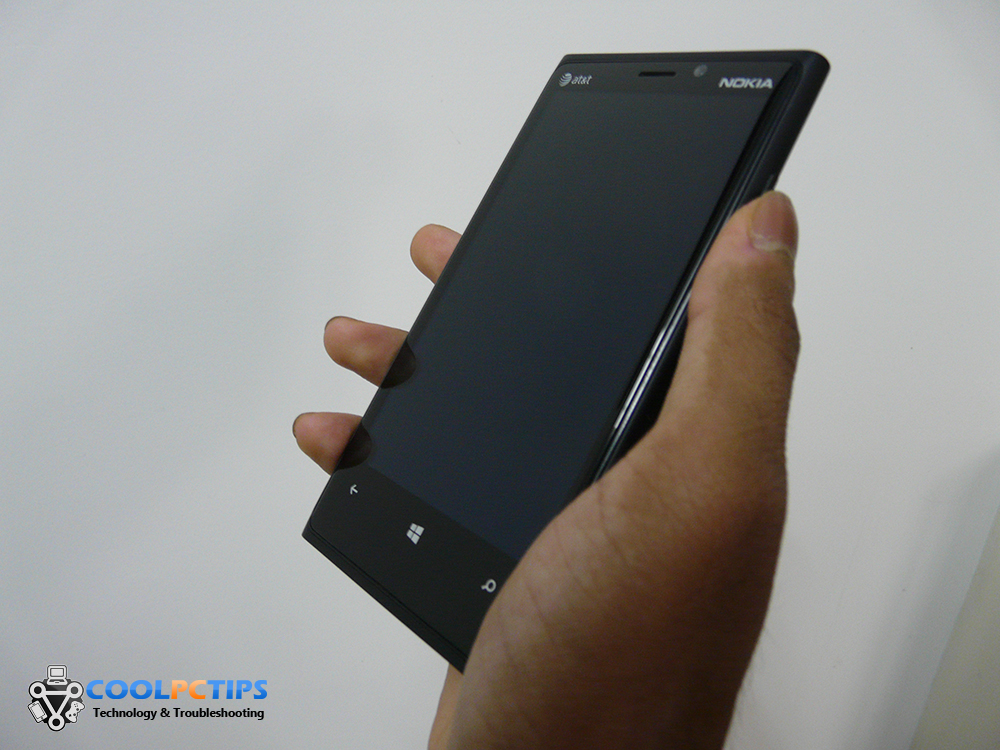 Much has been spoken about the size and weight of the Lumia 920. So much criticism has been directly towards the weight, it’s almost nitpicking. In hand, the Lumia 920 feels absolutely perfect and unless you have really tiny hands you’re not going to have much difficulty in using it, and I can say this with absolute confidence because I don’t have really large hands either and had no problem operating it. As for the weight issue, sure it’s heavier than other devices, but more than seeming ungainly, it gives the Lumia 920 a sense of solidity. The weight is distributed evenly and let’s face it, if you’re complaining about a 185 gm device seeming “heavy” and “difficult to hold”, there’s something seriously wrong with you. Most of the front is dominated by the 4.5 inch screen and there’s the usual 3 Windows function keys at the bottom. I do think that there’s a bit too much space under the 3 keys though. The back is plain save for the camera lens and dual LED flash. Overall, the Lumia 920 is really very well built and gives the impression of a premium device, and even though it’s heavier than the competition, it’s not difficult to use. 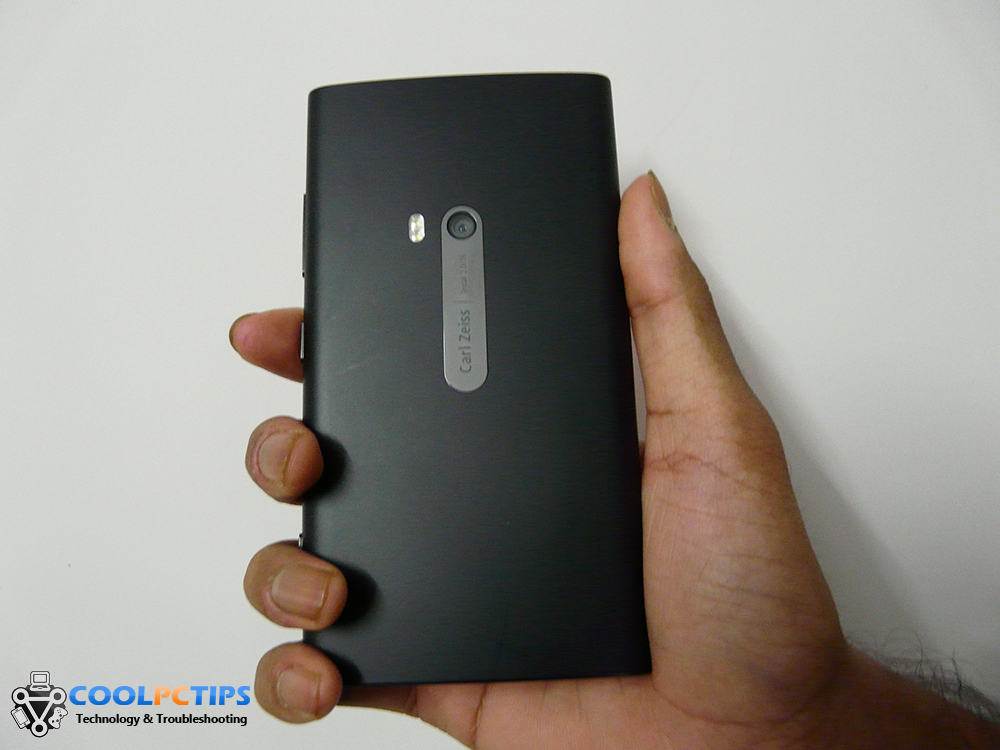 Another big selling point of the Nokia Lumia 920 is the PureMotion HD+ screen. Using a resolution of 1280 x 768, which is higher than 720P, the Lumia 920 screen ends up with a pixel density of 332 ppi, which is higher than the iPhone 5. The PureMotion name is given due to the fact that unlike other mobile phone screens which have a response time of 20 ms, the Lumia 920 has a response time of 5 ms. What this means in the real world, is that the screen updates much faster and you won’t see any ghosting or image lag. For example, while watching a video with a lot of motion of transitions, the changes of scenes are much more fluid and better looking. It really does look very good, the screen is vibrant and sharp. Colors seem to pop out and the Windows Phone live tiles look nice and bright. A video I played back looked fantastic as well.

Thanks to Nokia’s ClearBlack technology, contrast ratio is great too. The screen adjusts brightness and color levels according to external light, so even in sunlight the screen is very visible and clear. Lumia 920 also comes with a super sensitive touchscreen that can be used even through gloves, which is a boon for users in cold countries. In my trial with nails, cloth and the like, I had no problems in using the phone. This sensitivity can also be turned off, since it drains a slightly more amount of battery. Viewing angles suffer a tiny bit due to the polarized glass, but it’s really not something that should turn you off. 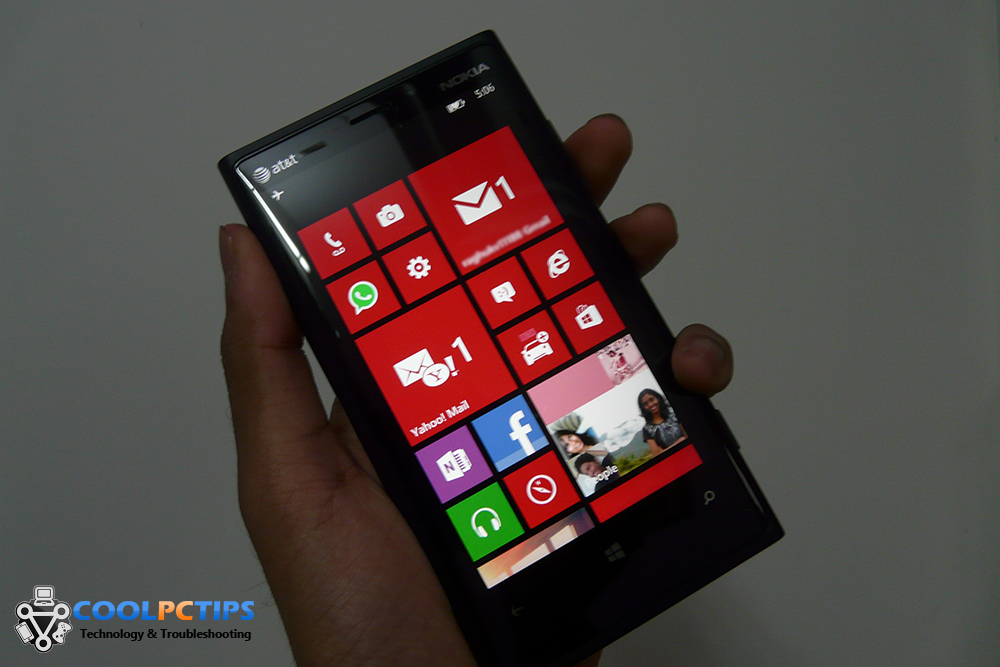 Windows Phone 8 is pretty similar in most parts to Windows Phone 7.5. If you’ve used any device from the previous generation, you’re not going to have any problems here. Most of the changes are actually internal, which include the shift from a Windows CE to Windows NT kernel, the same used on the desktop Windows 8. It’s a different interface from Android and iOS and is very easy to use. Now, live tiles can be customized even more and resized for a custom home screen. You can add widgets and notifications to the lock screen as well, and a new feature is live lock screen, in which you can connect an app like say Facebook, which will display a collage of your uploaded photos, so you’ve got an ever changing lock screen. On the whole everything is super fast and responsive, and thanks to the fast respone time and refresh rate, when viewed side by side with a previous generation Windows Phone device, you really understand how zippy the Lumia 920 is.

Windows Phone was always known to make the most of processing power, and even with inferior internals compared to the quad core Android behemoths, the Lumia 920 doesn’t seem slow at all. Video playback, gaming, internet browsing and everything is really fast which only cements the fact that it’s not how much power you have, it’s how you use it. Benchmarks with SunSpider place the Lumia 920 at faster or equivalent than the iPhone 5, so no complaints with regard to performance.

Like we said earlier, the PureView camera is one of the main selling points of the Lumia 920 and it doesn’t disappoint. The camera excels specially in low light conditions and the optical image stabilization is bar none. Daylight photos are crisp and clear as well, without much noise. Windows Phone 8 comes with something called camera lenses, which lets you edit and customize photos directly from the camera screen. There’s also this feature called CinemaGraph, which lets you capture a picture and decide a small area which can be in motion, so you can actually make pictures with say, only a person’s arm waving while the background remains static. It’s a fun feature and looks pretty cool. On the whole, the camera really does live up to the hype, but if you really want perfect photos, you’ll have to fiddle around with some advanced settings as the auto function often keeps taking different looking photos even if you take them immediately. Do check out the gallery for some photos taken with the Lumia 920. 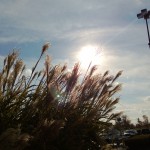 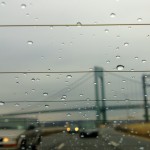 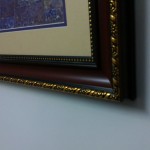 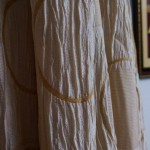 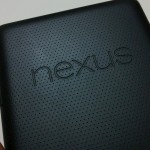 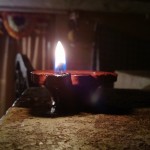 One of the areas where the Lumia 920 and in fact, all Windows Phones lag behind are apps. Even though Joe Belfiore promised that 46 of the top 50 apps will be making their way to Windows Phone 8, compared to the number of apps on Android and iOS, the Windows App Marketplace seems barren. Of course, a lot of the apps in the rival stables are copies, different versions and knock offs, but a few big names like Instagram and Dropbox aren’t available on Windows Phones. However, the Nokia Lumia 920 makes up for it by including exclusive Nokia apps and services. It’s no secret that Nokia Maps is amongst the best mapping services in the world, used by many other companies as well. It covers over 199 countries and allows users to download offline maps as well. Even Nokia’s navigation system is excellent and will get you to where you want accurately.

Nokia Drive+ is a better version of the same app on Windows Phones and coupled with Nokia Maps and Nokia Transit, it pretty much covers all your navigation needs. As reviewed earlier, Nokia City Lens is an augmented reality app that uses the camera to find nearby attractions and the best part is it works wherever Nokia Maps works, which is pretty much everywhere. On the Nokia Lumia 920 you get an advanced version of Nokia City Lens which includes 3D views, turn by turn navigation and a more detailed interface. Finally, there’s an app called Nokia Music exclusive to Nokia Lumia phones that allows you to stream unlimited music for free! Since Pandora Radio is also allowing for free music streaming for 6 months, although not in India, music fans will not be disappointed.

Even with the large screen and great display, the Nokia Lumia 920 does not suffer with regard to battery life. There have been some complaints of battery issues, but apparently a couple of full discharge and recharge cycles fixes it. Even the Lumia 900 suffered from battery issues initially, but it was fixed via a software update. However, most Lumia 920’s will give you a full days worth of normal to moderately heavy use without having to recharge it. Oh also, if you’re going the wireless recharge way, keep in mind that wireless charging is 20% slower than regular charging.

I’ll admit I was hooked onto the Lumia 920 ever since it was announced and have been waiting to get my hands on it. After seeing a couple of reviews that mostly complained about it’s weight and apps, I disagree on one front and agree on another. Apps are lacking on the Windows Phone ecosystem, but props have to be given to Microsoft for trying to create one big ecosystem which included Windows 8 desktop PC’s, laptop PC’s, tablets and mobile phones. For me, if the phone serves all your needs, looks great, is durable and has something different from other phones, it’s a winner. Again, a review is only subjective and I’m sure that not everyone will think this way. So do let us know what you think of our Nokia Lumia 920 Review and what you think of the phone as well!

Special thanks to Raghu Kalyan Vuppuluri for letting us review his phone!