4G LTE is the network standard of the future. It promises over 100 Mbps transfer speeds, but the downside is that not all smartphones support it. To be more precise, most new smartphones comes in different versions for LTE enabled countries and non LTE enabled countries. For example, the Samsung Galaxy S3 that is sold in North America comes with a dual core 1.5 GHz Qualcomm Krait and 2 GB RAM instead and the one sold in countries like India comes with the quad-core 1.4 GHz Exynos and 1 GB RAM. This difference is because the SoC’s that contained quad-core processors didn’t have LTE connectivity. Only recently SoC’s are coming out that support LTE connectivity and house quad-core processors. No more though, the LG Optimus G has been launched and is the world’s first quad-core LTE smartphone!

The LG Optimus G has still more tricks up its sleeve though. In addition to the being quite literally the most powerful smartphone as of now, LG claims it has the best smartphone camera, best multi-tasking and the most vibrant screen of all smartphones. Those sure are tall claims, but with all that power packed in it’s sure to be a beast. Here’s the specs of the LG Optimus G. 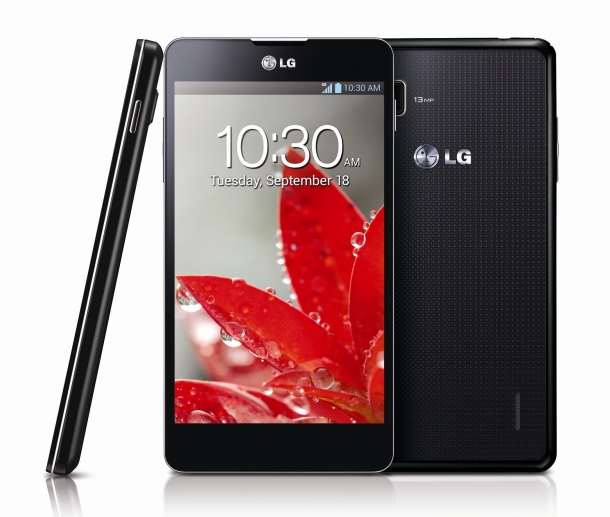 Yep, it sure is a powerful smartphone. The only catch is, it’s going to ship with Ice Cream Sandwich instead of Jelly Bean. Although an upgrade is inevitable, with LG’s track record we’re not sure it will come soon. LG claims that even with these specs it will last for long, and offer upto 12 hours of talktime. Apparently there’s some new battery tech being used in the LG Optimus G that helps in efficiency. LG is really banking on multi-tasking here, and claims that the LG Optimus G won’t slow down even during heavy usage. All of this is packed in a very thin 8.4mm body, which is really quite impressive. So what do you think? Is this the phone that gets LG into the big league? Drop us a comment with your views!