It’s been a month since the latest version of Android was announced. Dubbed “Jelly Bean”  keeping with the tradition of naming successive versions after desserts alphabetically, version 4.1 of the world’s most popular mobile operating system was met with positive reactions. You can read about the new features here. However, the one thing on everyone’s mind is, when is it finally going to be available widely and what are the Android Jelly Bean Devices? Considering the track record of Android 4.0 Ice Cream Sandwich, not everyone is hopeful about a smooth deployment. After all, Ice Cream Sandwich was released way back in October 2011 and it still isn’t available on most devices. 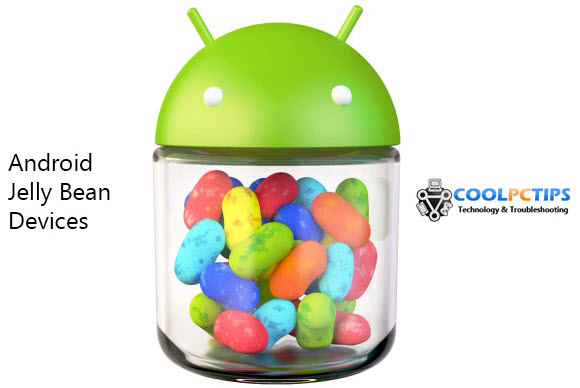 Nevertheless, it doesn’t hurt to be hopeful does it? Google has been rather tight lipped about when and how many devices will get Jelly Bean. So here are the devices we know will get an upgrade to Jelly Bean or come with it out of the box. They are categorized manufacturer wise:

Samsung seems to give the most confirmation about it’s devices getting Jelly Bean, with a device or two still in the pipeline, we’re pretty sure they’ll be upgradeable to Android 4.1.

Update (7/08/2012):Samsung has confirmed that the Galaxy S3 will get the Android 4.1 upgrade by Q3 or early Q4. The ever popular Galaxy S2 and Galaxy Note will follow soon after, as will the new Galaxy Note 2.

The Taiwanese manufacturer has been quite clear about the devices slated to get Jelly Bean, but hasn’t really named previous generation devices.

Sony hasn’t revealed any plans for upgrades to Jelly Bean just yet but a post on the official Facebook page states that no 2011 devices will get the upgrade. Not even the mighty Xperia Arc S will be get an official upgrade, at least that’s what the current announcement says.

Motorola is in a good position right now, after being bought out by Google, we can expect it to get the latest Android updates pretty soon. As of now only one device is confirmed to get the upgrade. Curiously, the Xoom gets the upgrade but the newer Xoom 2 does not.

Update: The new range of Motorola Razr is confirmed to get Jelly Bean, along with most of the high end previous range.

Although not a very popular smartphone brand, LG has announced that all compatible phones from its 2012 range and beyond will get the upgrade to Jelly Bean. However, the updates are slated to roll out in Q4 2012 or Q1 2013.

That’s all we know for now, we’ll be updating this list as and when more information is released, stay tuned to this space for more! You can also check out the official Android website to find out more. Be sure to leave us your comments or queries below.