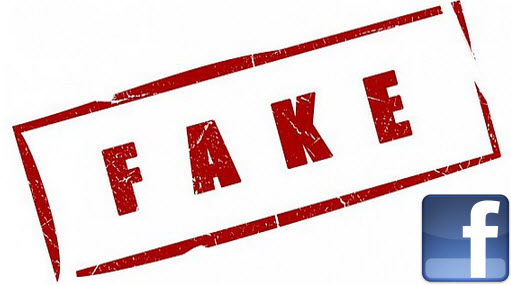 This doubt about the authenticity of a Facebook account, will  rise if any account has generic name instead of a proper name. People cannot use images of celebrities/cartoon characters as display pictures. Even if people who have very less friends are asked to prove their original identity. Facebook might ask any user to prove their identity with a proper authentication. The message might be some what like this,

“Could you help us identify yourself if you don’t have enough friends, because we don’t want fake identities,”

1) Don’t use a universal name or a popular name in your profile name. Just use your real name in your Facebook account.
2) Maintain more friends in Facebook. Because less friends might block you from Facebook, considering you as a fake account.
3) Don’t use a celebrity or a cartoon picture as you Facebook display (profile) picture.
4) Don’t support Spam, Bots or any kind of programmable files in your profile.

Facebook India said they are not worried to protect their brand name, but infact they are worried about the experience which they deliver. Recently, there were a lot of reports regarding the fake accounts being created by computer programs. These computer programmed Facebook accounts are used for inflating certain number of likes on Facebook pages for branding.

Facebook has announced saying, We will take out even the fake likes generated by spammers, malware and black marketers. Pavan Varma said, “How does and advertiser today is treating a Facebook page? It is treated as a place where they just come with a number of people who are seen there. This is not the correct way of doing it” . He said, stressing that the conversations around a brand should assume importance, rather than the number of fans seen there. Mere Likes on a page will not help a brand to grow online. Usually companies pay Facebook for a dedicated page on its platform. This will allow Facebook to connect them to a target audience.