If you buy a new TV or camera, you’re most likely to see a mention about “HD” somewhere. HD stands for “high definition”, this means that the TV is capable of displaying pictures and videos at a resolution of 1920 x 1080 or the camera is capable of capturing videos at that resolution. For a while now, the evolution of this technology was floating around, called 4K HD which is basically 4 times the resolution of 1080P. Another proposed resolution is 8K, which is 8 times the resolution of 1080P! Until recently, there was no official term for these extremely high resolutions, but now it has been christened UHD or Ultra High Definition. Read on to find our what is ultra high definition and how it compares to current HD standards.

As mentioned above, 4K UHD is 4 times the resolution of 1080P, which gives it a resolution of 3840 × 2160 pixels, or 8.3 megapixels. In recent times, a lot of cinema theaters around the world have switched to 4K digital projection systems, but unfortunately there aren’t many in India which have. Currently, most multiplexes employ a 2K digital projection system, which has more pixels horizontally but the same vertically as 1080P (2048 x 1080 px). Come to think of it, if the picture is so clear on a large screen and we’re going to see four times that resolution on home televisions, movies will look amazing indeed! 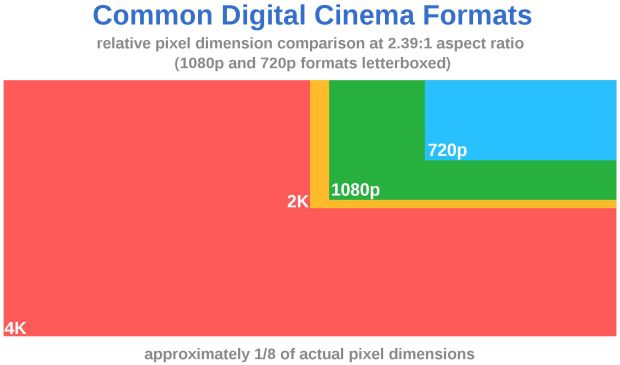 However, we have to understand that until a certain screen size, there is absolutely no need to increase picture/video resolution. 1080P HD looks pretty great on even large televisions of 42 inches and higher. For all practical purposes, unless you actually watch the screen from 10 inches away you won’t be able to make out much of a difference between 4K UHD and 1080P HD on televisions lower than 77 inches in size diagonally. Therefore, 4K UHD is only viable on screens larger than 70 inches or so diagonally.

Even though 4K UHD televisions haven’t made much inroads into people’s homes, there’s already 8K UHD televisions being shown off! Panasonic’s amazing 145 inch 8K UHD Plasma TV is absolutely mind boggling, to say the least. 8K UHD is 8 times the resolution of 1080P HD, or 7680 × 4320 pixels, 22.3 megapixels. The same argument for size versus resolution applies here as well, 4K UHD is more than enough for screens to be used at home.

To put that into perspective, the amazingly huge IMAX screens have a resolution somewhere around 10,000 × 7000 pixels, and 8K UHD is quite close to that. So does it really make sense to put in that sort of extreme resolutions into televisions for home entertainment? 8K UHDTV along with 22.2 channel surround sound is also known as “Super Hi Vision”.

Resolution is basically the number of pixels arranged horizontally and vertically in an image, so the higher the resolution, the larger the picture is. Thus, larger screens need a higher resolution image for it to look clear. A comparison chart between the 3 resolutions can be seen below, courtesy Wikipedia: 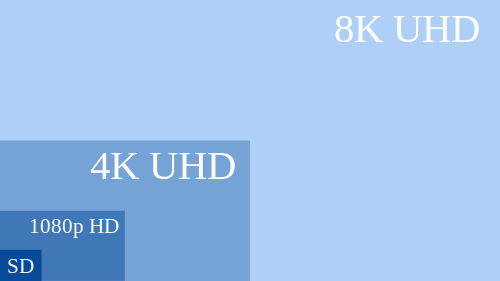 There’s no doubt that higher resolution screens look far better than lower resolution ones, but at certain screen sizes it isn’t really required. So now that it’s clear what is ultra high definition, do let us know what you think about the new technology, is it really awesome or is it just overkill? Drop us a line with your views or queries if you have any!