Ever faced problems with your wireless networks? No matter how fast your connection is and even if you’ve got yourself a new router you won’t be able to get optimum speeds because of incorrect settings or positioning. There’s a lot more interference in the air than is apparent, so we tell you a few simple tweaks, tricks and things to keep in mind to get the most out of your WiFi network. Here’s what you need to do to increase WiFi performance!

One very obvious yet oft ignored way to increase WiFi performance is good positioning of the wireless router. You can’t expect WiFi signals in one corner of the house when the router is kept in another corner, so as much as possible, try to place the router in a central location so that its signals are spread everywhere evenly. Or you can also place it near where all your devices are so that signals aren’t going to places you don’t need them to.

There are a couple of WiFi standards, 802.11 a/g/b/n or the newest, ac. Most new devices are Wireless N compatible, so try to get a router that supports the latest standards. Newer standards support higher speeds and have better range as well. From your router settings, make sure that you set the wireless network to use 802.11 n so that you have the highest speed possible.

If you’re running legacy devices in the same network as modern ones, you might have to set the channel to Wireless g or b, which essentially slows down the network to accommodate these older devices. Instead of compromising on overall speed, we recommend getting separate routers for new and old devices, they aren’t all that expensive.

WiFi uses the 2.4 GHz band, which is also used by devices like baby monitors, microwave ovens and cordless phones. Plus, there’s a pretty good chance that you have neighbors with WiFi networks too. If there’s too many networks in one band, it can cause signal loss and this can result in disconnections and general slowdown. The best way to counter this is by changing the wireless network channel through router settings. You can use a program like InSSIDer to find out what networks are overlapping and what channels are free. Set it to an appropriate channel for maximum performance. If you can get a new Wireless N or AC router which uses the 5 GHz band, that’s even better.

This cannot be stressed enough, keeping all software up to date is also a way to increase WiFi performance. Always make sure that you have the latest drivers for your network adapters because quite often it might fix bugs that cause slowdown. Similarly, router firmware can also fix bugs and may even add new features, so make sure to check for updates regularly.

All routers are designed to be omnidirectional, that is, they send out signals in all directions. If it’s not possible to place your router in a central location and if there are devices only in a particular place that need the WiFi network, you can also replace the router antenna with a high gain antenna. These antennas are designed to concentrate signals in one direction so that there’s no “wastage”, and thus output is maximized where you need it. 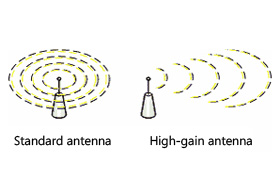 Get a wireless repeater

Another way to increase WiFi performance is by using a wireless repeater. These small devices basically boost the WiFi signals and extend their range, so you can access the wireless network even further. With the boost in signal strength there’s bound to be an increase in performance as well, plus you don’t have to deal with any extra wiring to make it possible. 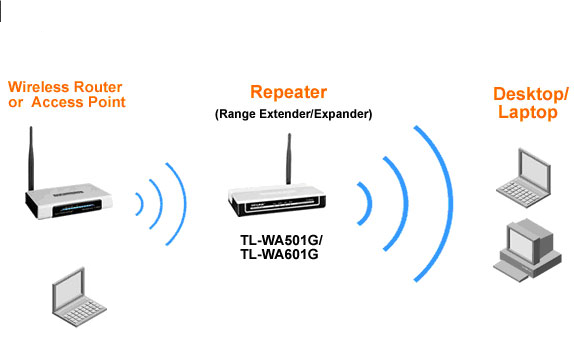 Those were the simple ways to increase WiFi performance, do let us know if you have any questions and if there’s something you’d like to add to this, don’t hesitate to share!