After being leaked so extensively over the past few weeks that there was nothing left to surprise us with, the new Nexus 7 was finally launched by Google. Even though most rumored specs seemed to hope for too much, the confirmed specs aren’t anything to scoff at either. Along with the new Nexus 7, Google also released the new version of Android, version 4.3, which still remains Jelly Bean. It’s more of an incremental update than anything else, so if you were waiting for a completely new version (Key Lime Pie?), you’ll have to play the waiting game longer. Here’s details of the new Nexus 7 and Android 4.3 launch! 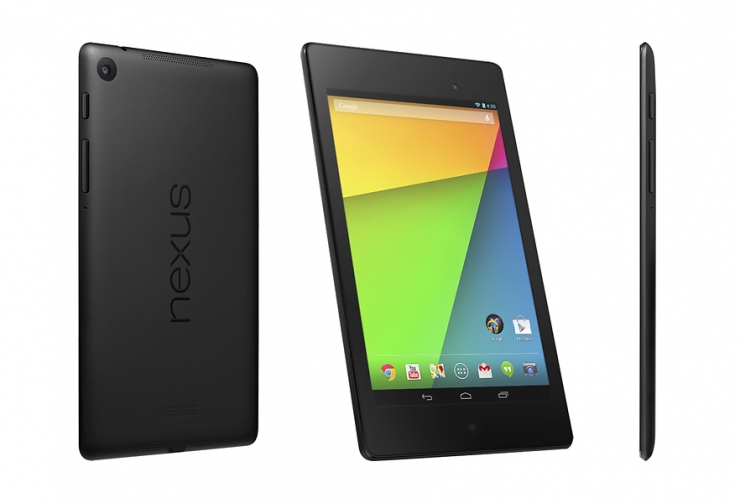 Just like every other Nexus device, the new Nexus 7 does one thing best, that is provide the most vanilla Android experience for a great price. This time, it’s the first device to sport Android 4.3, and improves upon pretty much everything the previous Nexus 7 did. If you’re looking for a powerful yet simple tablet, this is the one for you. The best part is how the tablet doesn’t resort to any gimmicks for sales and lets the specs speak for themselves. Speaking of which, here they are:

Compared to the previous generation Nexus 7, Google claims at least 70-80% increased performance, thanks to the beefier internals. The form factor and size remain almost the same, but the new Nexus 7 weighs almost 10% lighter than its predecessor. Google has finally included a rear facing camera as well, and like other Nexus devices, skipped the expandable storage support. The most interesting part about the new Nexus 7 is the screen. A full HD resolution on the same 7 inches translates into a fantastic pixel density of 323 PPI, far ahead of any tablet in the market. In fact, even smartphones with smaller screens have a lower pixel density, so rest assured, the screen will impress. With a claimed battery life of over 9 hours (the older Nexus 7 was rated for 7 hours) and options for 4G LTE connectivity, the new Nexus 7 is pretty much the best 7 inch tablet out there. It will be available by mid-September in most countries in the following variants:

Even though it isn’t the next major release, there’s still reason to get excited about this new Android build. For households sharing a tablet, Android 4.3 now includes multiple user account support and even adds the ability to have restricted kids profiles. The most well known feature perhaps, is the inclusion of Bluetooth Low Energy support, that lets you keep externals devices connected wirelessly without the usual battery drain and yet not compromise on response time or functions. Another less publicized but nonetheless important feature is the addition of OpenGL ES 3.0 support, which will allow game developers to really push the boundaries of mobile gaming and bring Xbox 360 and PlayStation 3 quality graphics and capabilities to portable devices.

While the Nexus 7 will ship with Android 4.3, the older Nexus 7, the Nexus 4 and the Nexus 10 will receive the update OTA in a couple of days. Other devices will get it depending on manufacturer decisions, but we’re pretty sure that devices like the Samsung Galaxy S4 and HTC One will get it soon. If you’ve been holding out to buy a tablet, this is a great time to buy one, because the Nexus 7 ticks all the right boxes. Do let us know what you think of this double launch of the new Nexus 7 and Android 4.3 Jelly Bean!