The oft leaked and much awaited HTC One is finally here. Once known as one of the world’s biggest mobile phone manufacturers, HTC has seen a decline of late. Even though the HTC One X and One S were well received, they didn’t quite taste success like the Samsung Galaxy S3. But HTC is back with a bang and now packs in some serious firepower along with a couple of new innovative features too! Read on for the HTC One preview with final specs, features and the interesting new camera technology. 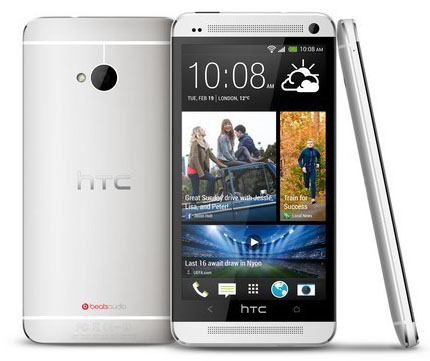 HTC One Preview – The specs and hardware:

Though oft leaked specs like even we documented earlier mentioned a current generation Snapdragon S4 Pro SoC, it turns out that the HTC One in fact packs in a much more powerful next generation Snapdragon 600 with a ARM Cortex A15 processor which should comfortably outdo the other two 1080P smartphones currently out, the Sony Xperia Z/ZL and HTC’s own J Butterfly. And rumors about an “UltraPixel” camera are true as well, we’ll elaborate on that below. So here’s the official HTC One specs:

Them are some mighty fine specs, and benchmarks already suggest that performance is almost double that of the powerful HTC One X. This could very well turn out to be the first phone to hit stores with the new SoC, even though the LG Optimus G Pro was announced earlier. The HTC One comes encased in a premium aluminum and polycarbonate chassis with a new design. It now has 2 front facing speakers and a different 2 capacitive button layout at the bottom. All in all it’s a snazzy looking device that’s both gorgeous and tough. The attention to detail is apparent with the excellent finish.

The first thing noticeable is the new reworked HTC Sense UI, which admittedly has a little Windows Phone flair to it. There’s a new homescreen with BlinkFeed which is basically a Flipboard like service. Most of the other features like a new sync manager, keyboard and TV manager are just apps. For new users there’s also a getting started app and the whole UI has been designed to be more minimalistic and less resource intensive, not that the HTC One lacks it though. 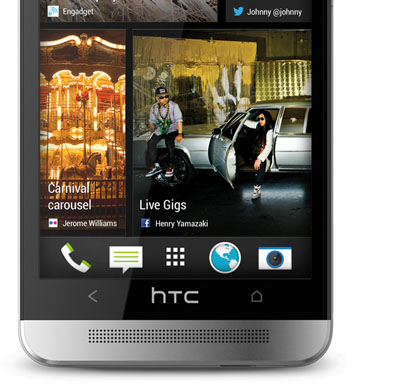 But the main attraction here is undoubtedly the “UltraPixel” camera. For spec fans it might be a disappointment to know that the sensor is “only” 4 megapixels, but in reality, the camera is more than capable. UltraPixel basically is a large sensor that is capable of taking in more than 300% of light than any modern camera sensors. The megapixels captured on the HTC One are in fact bigger than those captured by any other smartphone camera. In essence, the photo quality is absolutely top notch, only that the maximum resolution will be 2688 x 1520 which should be enough for pretty much anyone. Bottom line, size wise you’re going to get lower resolution images but those images will be of great quality. You’re not going to need a full 8 MP resolution picture unless you’re printing a billboard anyway. So instead of cramming in smaller pixels that capture less light, HTC has gone the way of putting in larger pixels which capture more light, so the usual convention of more megapixels is better doesn’t really apply other than the actual image size.

All of this new camera tech is named “Zoe” and it includes a couple more features too. The HTC One is capable of capturing full 1080P video while taking photos or vice versa, which lets you save that perfect moment as well as use the combined footage to create a montage. Zoe Share allows users to also quickly share the created media with a unique link and is great for social animals.

We’re really interested to see how the HTC One camera will stack up against some of the better smartphone cameras like the Nokia 808 PureView, Nokia Lumia 920 or iPhone 5. It will be difficult to explain to the average consumer how UltraPixels work, since a lot go by just numbers. Nevertheless, HTC looks like it’s got a sureshot winner on its hands and come April it should launch in most countries. No word yet on price though. Do drop us a line with what you think of the HTC One preview, comments and queries are welcome!