The Radio City Music Hall, one of the most historic venues in the world located at Times Square in New York was abuzz with excitement usually seen only for products from a certain fruit based company. Samsung’s Galaxy line of smartphones has quickly become one of the most innovative and acclaimed range of smartphones and the somewhat over the top launch was testament to this fact, with live skits, tap dancing kids and a live orchestra. So, here’s the Samsung Galaxy S4 specs and features plus launch details! 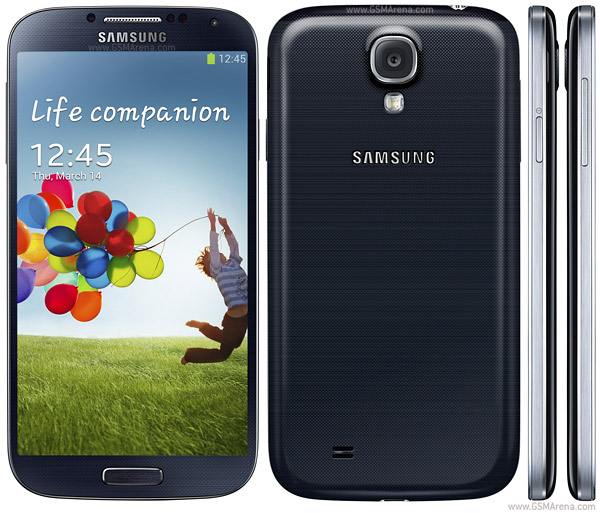 In line with previous rumors, the Samsung Galaxy S4 comes with a lot of horespower under the hood, with an octa core processor which is actually just a combination of 2 quad core processors and a full HD screen in a thin and light polycarbonate shell that disappointingly looks almost the same as the Samsung Galaxy S3. While it doesn’t look that great, there’s some pretty great features which we will detail below, here’s the specsheet:

So, octa core processor sounds fantastic, but it’s not really what you think. It’s based off of ARM’s big.LITTLE technology which switches between the set of powerful A15 cores and energy efficient A7 cores. The Cortex-A7 is a less power hungry line of processors that will be used for low power applications and the A15 cores will kick in when there’s real power required. This way, Samsung aims for both power and efficiency.

Rest of the specs are similar to the LG Optimus G Pro, HTC One and Sony Xperia Z, there’s 2 GB of RAM, expandable storage and a full HD screen. Samsung’s AMOLED screens were always praised for their quality and this screen looks to live up to the promise as well. The large 4.99 inch screen covers most of the phone, which really doesn’t look that different from the Galaxy S3 overall but manages to pack in more tech in a slim and light profile. It weighs in at 130 gm and is just 7.9 mm thick but sticks with the plastic look.

Samsung is really banking on its innovative features added by the TouchWiz interface and the focus is clearly function over form. The great part is that unlike a lot of flagships, the Galaxy S4 still features a removable battery and expandable storage, so no compromises there. The Galaxy S4 will be capable of hexa band LTE and supports both FD-LTE and TD-LTE, which makes it truly a world phone.

While the basic interface looks very similar to previous phones, there’s a lot more hidden under there, some of which are evolutions of existing features. Just like the Samsung Galaxy Note 2 there’s Air View, or floating touch using fingers that lets you preview photos, videos or highlight things without actually touching the screen. This also works with the lock screen, hovering over it results in a nifty animation. Air Gestures let you scroll through an album or webpage by just swiping your finger across the screen as well, which is not of much use actually.

The oft rumored eye scrolling didn’t make the cut, instead there’s Smart Pause which pauses a video when you look away from the screen and Smart Scroll which scrolls webpages when you tilt the phone up or down. Included also, like the HTC One, is a IR blaster which lets you control you home entertainment system, powered by Peel. Sharing is also a large focus here and a new Group Play function lets you simultaneously connect upto 8 Galaxy S4’s at once to play a song or share media, as well as play games, as of now which there are two.

S Health is an app that uses all the sensors packed in plus a new temperature and humidity sensor to monitor your health and fitness, including workout regimen, diet, blood sugar and more plus also has basic medical information. The S Translator app provides speech to text and text to speech translation of 9 languages as of now and will be a boon for travelers. For businesses and enterprises, there’s Samsung Knox, which adds an extra layer of security and isolation for files and data and doesn’t allow intermixing, something like BlackBerry balance on the BlackBerry Z10. 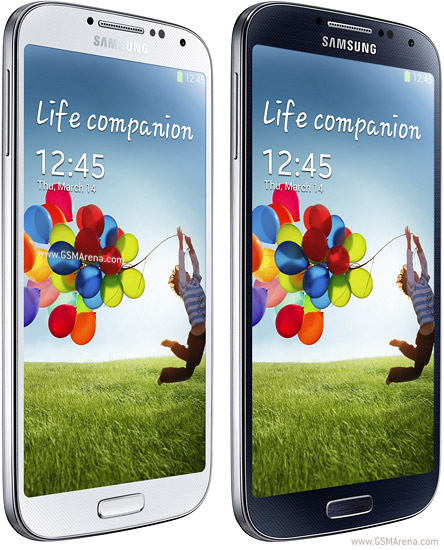 Most of the innovations come with the new 13 MP camera which incorporates a lot of the Galaxy Camera features and interface. A new Dual Camera mode lets you take photos with both cameras at once so that even the person taking the photo can be added to the picture with a customizable and movable frame. This dual camera features extends to ChatON and video chat, so that you can show the other person both yourself as well as your surroundings. Then there’s Drama Shot, which captures upto a 100 shots at once and creates one overlapping shot with all of them together. Samsung’s Eraser feature works like Nokia’s SmartShoot and lets you get the best picture by  deleting unwanted elements.  The CinemaGram features lets you selectively animate a picture, again just like Nokia’s CinemaGraph. Finally, the story album feature lets you create an album from one set of photos taken in a day or at a particular place.

All in all the Samsung Galaxy S4 looks like a fantastic device, although it isn’t the revolution is was made out to be. With a global launch by the end of April, there’s no doubt that it’s going to sell and it’s going to sell well. Although pricing hasn’t been announced, the Galaxy S4 could be priced at $725 off contract and we know for a fact that no matter the higher price, it’s going to fly off the shelves. Do let us know what you think of the Samsung Galaxy S4 specs and features via the comments below!