We almost always knew it was coming, it was inevitable that Nokia would put their best camera unit on their flagship smartphone series, and we finally saw that happen today. Although leaked extensively over the last couple of weeks and lacking a surprise element, the Nokia Lumia 1020 is nevertheless a big launch for the Finnish manufacturer. Nokia has carved a niche for themselves with great cameraphones and the Lumia 1020 is the device which finally addresses the issue with the Nokia 808 PureView, a great camera, but in an old phone. While the Lumia 1020 isn’t a spec monster either, it’s definitely with the times. Here’s more about the Nokia Lumia 1020 launch! 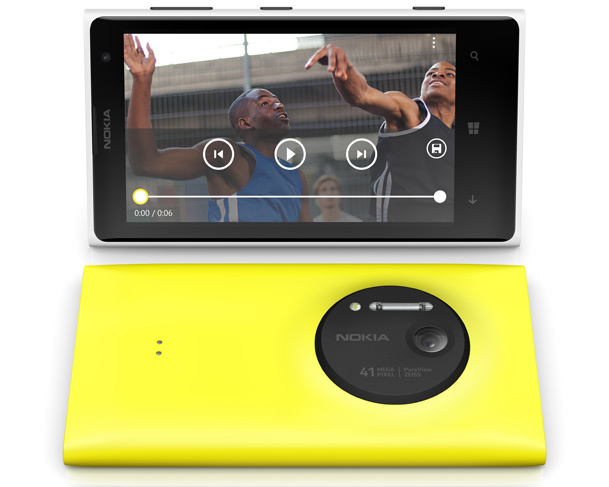 Needless to say, the Lumia 1020 packs in the best camera tech Nokia has to offer. We’re talking 2nd generation optical image stabilization, 6 element lens, wide angle lens, the works. Similar to the 808 PureView, the Lumia 1020 also uses the same oversampling technique, and takes a second smaller 5 MP shot to be shared. To make use of all the fancy hardware, Nokia as bundled a new app called Nokia Pro Camera, which allows far more customization than the built in app. It allows users to set exposure time, white balance, ISO, shutter speed and more. This app will probably make its way to the older Lumias as well. Here’s the full Lumia 1020 specsheet:

A lot of the specs are shared with the Lumia 920/925/928, but a definite plus point is the extra 1 GB of RAM. Considering the huge image sizes and postprocessing, it will be a boon. The screen is of the AMOLED variety, which will help with battery life, and is sheathed with the newest Gorilla Glass 3. The star of the show is of course the 41 MP camera unit, which is paired with an interesting combination of both Xenon and LED flashes. Depending on the amount of light required, either one will be used. The front camera is a 1.3 MP unit of the wide angle type, so frequent video callers will be happy. Finally, Nokia has managed to keep the phone quite thin at just 10.4 mm excluding the camera hump and it tips the scales at 157 gm. 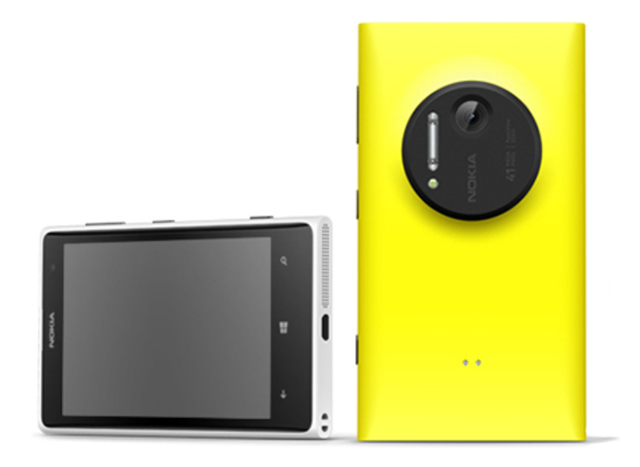 There is a tradeoff however, in keeping with the unibody polycarbonate design, there’s no MicroSD slot and wireless charging isn’t built in, but can be added via an attachable cover. On the software side of things, it should come with both the Nokia Amber firmware update and Windows Phone 8 GDR2 update built in. There’s a couple of new features including an always on clock, peek at screen and Bluetooth Low Energy support that will also make their way to older Lumias soon.

There’s a special camera grip also being launched for the Lumia 1020 that not only makes it more comfortable to use as a camera, but also adds extra battery life. The camera grip will be sold separately, but out of the box you will get an attachable wrist strap. Most other accessories like headphones and the wireless charging plate should be compatible with it as well.

Apart from the phone launch, Nokia also announced that some long awaited apps will finally come to Windows Phone. No, there’s no mention of Instagram yet, but apps like Path, Flipboard and Vine will launch on Redmond’s mobile OS “soon”. A special Lumia 1020 imaging SDK was also released, but first to companies like CNN, Yelp, Flipboard etc. No word yet on when us common folks can get our hands on it though. The HERE Maps suite also got an update, and will now feature augmented reality as well as sight recognition. This will also be available on all Windows Phones in the near future.

So when can you get it and for how much? The Lumia 1020 will be first launched in the US with AT&T for 299$ and will be available July 26th. An international release hasn’t been detailed yet, but it should hit most markets by the third quarter of 2013. Off contract price should be around 700$. The Lumia 1020 will be available in black, white and of course, yellow. Any chances you will be picking this up? Let us know in the comments below!