Ever fancied fighting against Superman as Batman? Or perhaps as Green Lantern against Doomsday? That’s exactly what you can do in the brawler from NetherRealm studios, Injustice: Gods Among Us. Originally released for current generation consoles in April 2013, Injustice was highly praised for a great story, fighting mechanics and its graphics. In a surprise announcement just over a month ago, an Ultimate Edition was announced, that combined the game along with all DLC for current generation consoles as well as PlayStation 4 and PC. Here’s how the new brawler set in the DC Universe fares! 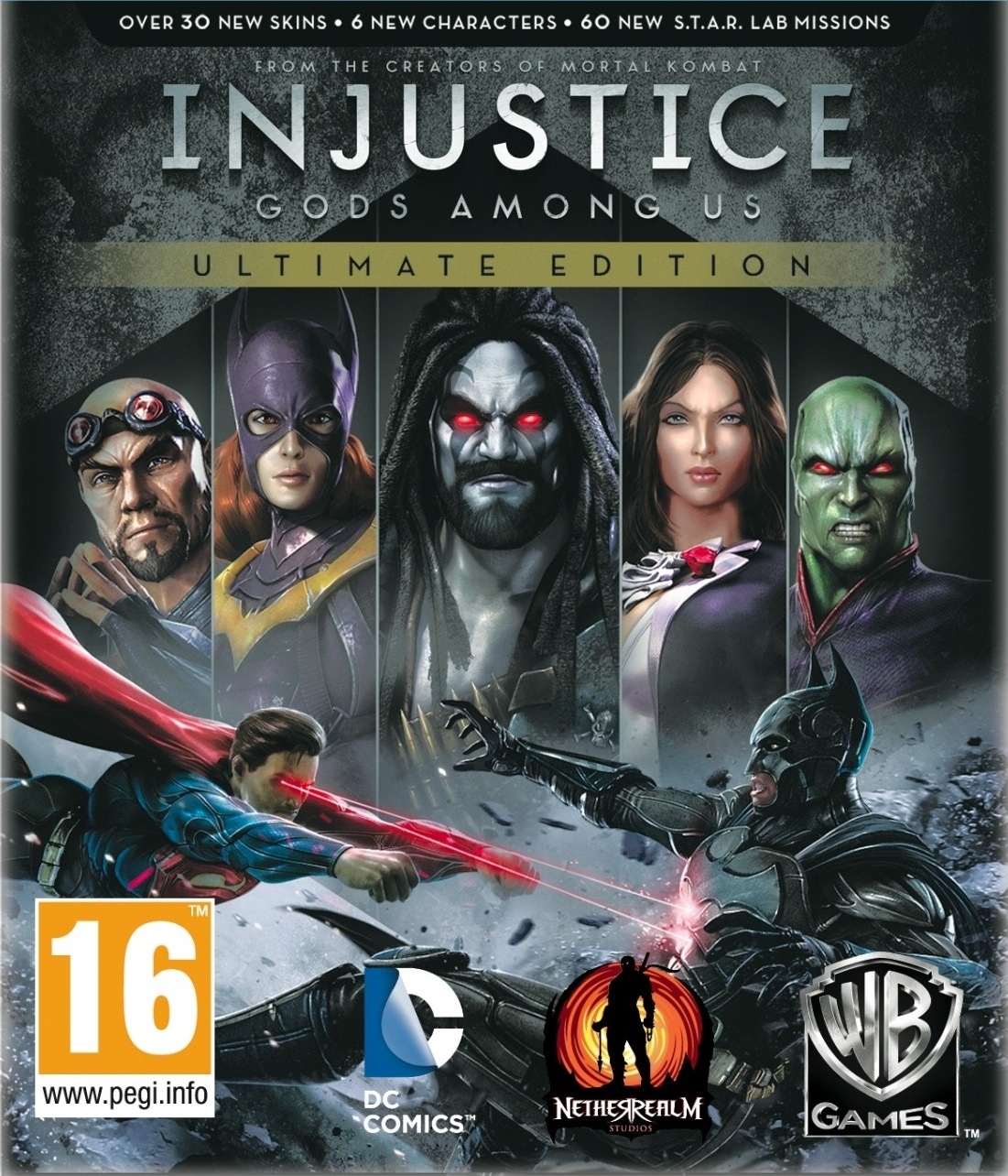 Think of a beat ’em up game, any game. Chances are there’s just a wafer thin plot lying underneath all the ass kicking. Injustice: Gods Among Us is different in that way. It deals with an alternate reality where Joker tricks Superman into killing Lois Lane and their unborn child, and destroying Metropolis. Superman loses his mind and establishes a new world order as “High Councilor” five years later, where he reigns supreme and silences or kills anyone who goes against him. In this reality, the rebel faction led by Batman discovers a universe where Superman still hasn’t gone mad, and summons heroes from that reality to help him overthrow Superman’s autocracy. 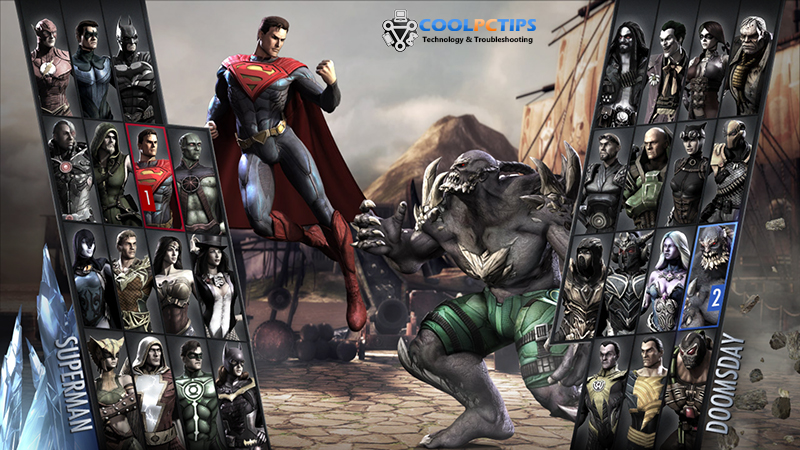 The story and background is really quite interesting and if you want some more information, there’s actually an ongoing comic book series exclusively dealing with the events prior to the future where Superman is supreme ruler. In game, this translates into a coherent narrative, so all the times you fight there’s actually a plot there. It’s not overly complex or anything, but is sure to please geeks who get to fight as and with their favorite heroes/villains. Over the course of the single player campaign, you play as both heroes and villains, working to overthrow Supes. There’s also a rather convenient plot device that explains how mere mortals can stand toe to toe with someone like Superman or Martian Manhunter.

Injustice: Gods Among Us is first and foremost, a brawler. So what better studio to handle it than the one that created the Mortal Kombat reboot? NetherRealm Studios has done a great job in keeping the DC Universe vibe alive, while using mechanics from the Mortal Kombat series. As a result, fights are not only gritty and fun, but also really entertaining to watch. The visual flourishes and ass kicking is all there, although in some situations gets a bit over the top. Of course you’re not expecting much restraint from the developer of a game in which you can literally pull the opponent’s heart out, but in the DC Universe you don’t really expect Joker to be able to stand after being thrown into buildings and stuff. Nevertheless, on the whole you also can’t argue that it looks super cool, unless you’re a true comic book purist. 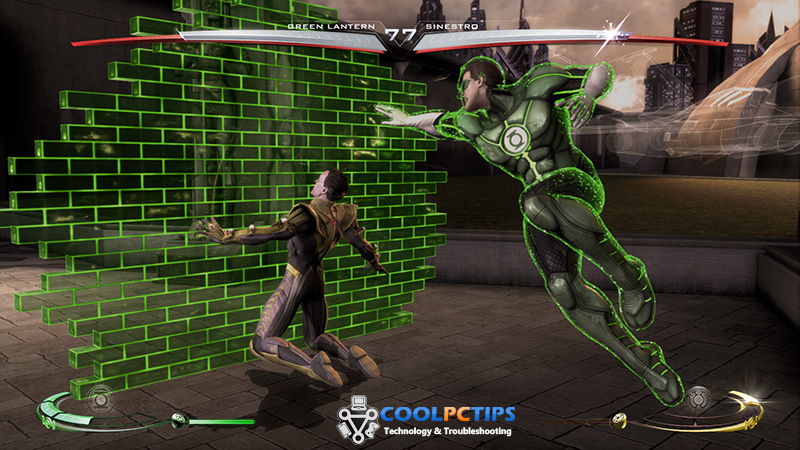 If you’ve played beat ’em up games in the past you should feel right at home, there’s the standard light, medium and heavy attacks, with a fourth character specific button that activates unique abilities. For example, Batman summons a swarm of robotic bats, Superman gets a stat boost and so on, so forth. It’s a nice twist that gives personality to each character. There’s only one round of fighting though, and 2 layers of the health bar. A lot of the fighting also involves the environment, so if you’re near a usable object or part of the environment, pressing Spacebar unleashes an attack using it. Injustice is big on destructible environments and such, so fights don’t get stagnant. A word of caution though, environmental attacks can’t be blocked or dodged. Another big new addition are “clashes”, basically big combo breakers with a twist. They can be only used once in a match, so you have to use them wisely. Proper clashes can win you back some health, which can be crucial at the last moment. And finally, once your meter at the bottom fills up, you can use a “Super Move”, elaborate and unique combos that can devastate your opponent. However, they can be dodged, so if you’re saving it for the last moment, it better land.

Apart from the story mode, there’s multiplayer portions and S.T.A.R. Labs mode, where you are pitted against increasingly difficult character specific tasks to unlock costumes, concept art, music and more. Speaking of which, for collectors, there’s a huge amount of content to unlock, so you can deck out your favorite characters in alternate storyline costumes.

Injustice: Gods Among Us looks pretty much the same on PlayStation 4 and PC compared to the older consoles, save for the usual crisper textures and higher resolution. It’s a really good looking game, with sound to match. Punches, kicks and combos actually feel heavy and sound the part too. Environments are well designed too, although are slightly less detailed than the characters themselves, which is quite common, since you’re spending more time looking at your fighter. Basically, there’s nothing to complain about. In games such as this, as long as it’s good looking and runs fast, the job is done. Framerates remain solid almost all the time, and it’s very stable. 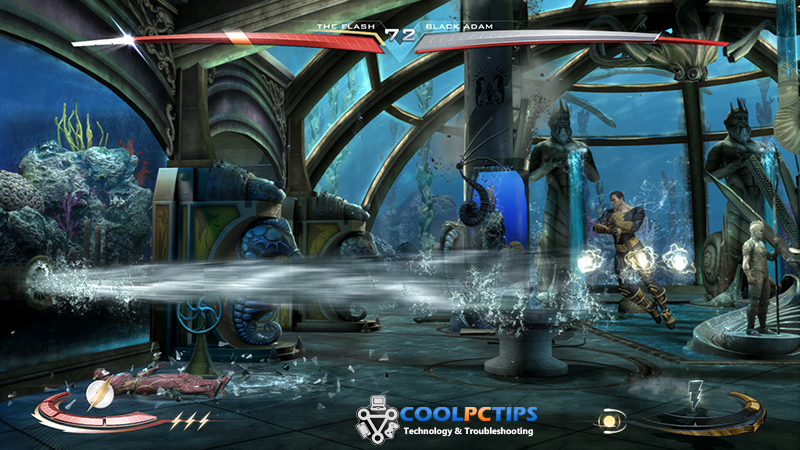 The only real complaint we have is with the cutscenes. Now, it’s great that NetherRealm Studios has actually gone the distance and included a storyline, but it has chosen to show cutscenes as videos pre-rendered with the in game engine. Basically, even if you’re running full 1080P with all effects on, you’re still going to see cutscenes of lower quality, which unfortunately aren’t that great looking. So it’s one of the few situations where the game actually looks better than the cutscenes. Since it’s using the ingame engine, animations and lip sync also tend to be clunky, and after fighting in great looking environments with equally good looking characters, the transition is sort of jarring.

So should you get this game? Definitely. If you’re a PC or PlayStation 4 user and a comic book fan, this is a must have. However, if you already own the game on older consoles, there’s not much incentive to get it. NetherRealm Studios has done a fantastic job in bringing the DC Universe to life with a unique story, that too as a brawler, and its greatest achievement is the fact that each and every character actually looks, sounds and feels unique, plus captures the personality described in the comic books. Brawlers like this aren’t usually particularly deep, but Injustice offers a great amount of content and replay value for the price. The Ultimate Edition is the best version of the game right now, and if you’re considering buying it, this is the edition you should get. Oh and by the way, play as Aquaman, he isn’t a pansy at all!