Quad-core processor based smartphones were said to be the most powerful devices in the market. Now few devices are sporting quad-core chips, but can only use four cores at one time. A solution to use all the eight cores has been found. Mediatek used them in MT6592, first true octa-core solution in the world for smart devices. The Indian smartphone manufacturers are celebrating their amazing success without leaving anything to monopolise by the global rivals. Multi-core chipsets are opted by various companies including US based QualComm, Broadcom and Nvidia.

Intex Technologies will soon launch a phone with the ultimate MediaTek’s Octa-core chipset.  Octacore means eight processing cores which are built in together. This launch will make it the first Indian company to offer this type of technology which grabbed the attention of the fancy of tech fans after the launch of Galaxy S4 with a 1.6 GHz octa-core version. 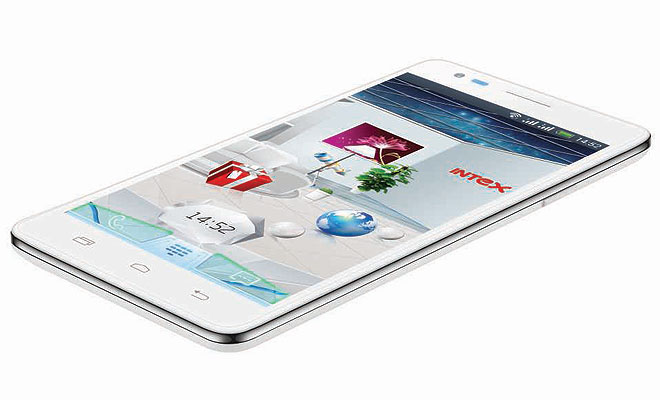 With the MediaTek chip inbuilt the Intex prices will be much affordable than the S4. The Android 4.2.2 phone has dual SIM capacity, along with the 1.7 Ghz Octa-core MediaTek processor. It will be available in 16 and 32 GB versions with 2GB RAM and 13 Megapixel rear camera.

Aiming to become the top smart phone player in the industry, Intex Technologies brought out this extraordinary product to the consumers. Octa-core does not have enough capable apps to process. Multi-tasking will increase and Octa-core is said to speed up interfaces and web browsing. It will offer a much better video and gaming experience. Several smartphones sporting this new processor are to be released soon. The phone will not heat up or come to a standstill with heavy usage.

The device is going to be named Grand View 4 and has a 6 inch display, according to the reports. Similar in design with the Note 3, looks almost like a clone. The thickness is 7 mm and the estimated cost is around 20,000 rupees. The first phones would be coming out on November 21st this year. Now you have more reasons to try a new phone. The prices of high-end handsets may come down substantially with Indian handset makers entering the business. The competition for octa-core smartphones is increasing gradually.

Octacore is small but rapidly growing segment within smartphones after the launch of S4 by Samsung with the Exynos 5 octa-core processor in the beginning of this year.  Huawei a rival handset maker with has little presence in India, also plans to come out with ultra-fast processor smartphones very soon. According to Xu Xin Quan (president of Huawei) the recent version of Ascend P6 and P6S are coming out with a new octa-core processor.