Say what you will about World of Warcraft, old as it may be, it’s probably the single most significant massively multiplayer online RPG in gaming history. Several games have come and gone, been termed as “WoW killers” and just faded into oblivion. It might not have as many subscribers as it used to, but even with these numbers, it’s far ahead of anything else on the market. 7.6 million subscribers, according to the latest data, confirm that even though World of Warcraft is getting long in the tooth, it’s still leagues ahead in terms of userbase compared to any other MMORPG. Following the tradition of expansion packs being announced every 2 years at Blizzcon, this year we saw the fifth such expansion announced, called Warlords of Draenor. Here’s everything you need to know about what’s next in the World of Warcraft universe!

World of Warcraft: Warlords of Draenor Story, Features and Details

As the title suggests, the fifth expansion takes place in Draenor, homeworld of the Orcs in the Warcraft universe, and the last refuge of the Draenei. Garrosh Hellscream, persecuted for his deeds on Pandaria, escapes before a trial and goes back in time to Draenor, where he aims to create the “Iron Horde” by uniting Orcs before they were corrupted by Mannoroth’s blood and by using current technology. He wants to create a new portal and bring this army back to the present to conquer the world. This means that players get to interact with some of the greatest Orc heroes of the past like Grommash Hellscream, Kargath Bladefist, Ner’zhul, Gul’dan and many more. Our goal is to stop the Iron Horde from forming and taking over Azeroth. It’s sounds tricky lore-wise and seems to rely heavily on time travel, but according to Blizzard, this isn’t a time travel expansion and it’s being used just to explain the ongoing story. Apparently, the past and present won’t be massively affected. Furthermore, Garrosh isn’t the main villain of the expansion, he’s just a part of it.

It’s an interesting premise that has to be handled very, very carefully so that nothing is retconned in the lore. Blizzard has yet to reveal more details about how exactly the expansion will pan out and has been sort of ambiguous about the time travel part as well, perhaps the Blizzcon panels will tell us more about the story and how everything fits into the lore. It seems to be something like a parallel universe and bridging past events with the present.

Before Outland became well….Outland, it was Draenor. This means that the world players will be exploring this time around is the pre-Dark Portal era Draenor. There’s 7 new zones, with some being the past versions of zones we’ve already been to in The Burning Crusade, like Nagrand, Shadowmoon Valley, Shattrath and more. In fact, the Alliance gets Karabor as their main city, which we know as Black Temple. The Horde’s new city in Draenor is Bladespire Citadel in Frostfire Ride, home of the Frostwolf Clan of Orcs. However, unlike Cataclysm where Azeroth was modified, Draenor has been completely rebuilt from scratch. The Draenei are here as well, and their history before coming to Azeroth will be explored, which is a good thing, considering not a lot of their lore has made it to the games. 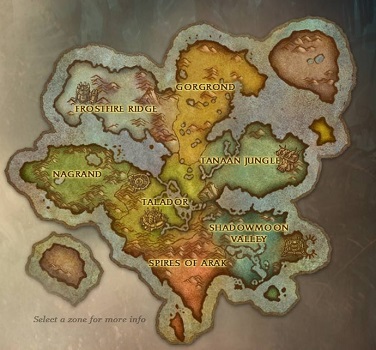 Mechanics wise, a lot of Timeless Isle like events will be taking place around you, so it seems like more of a persistent world. Being at the right place in the right time can bring untold rewards!

Unlike Cataclysm and Mists of Pandaria, Warlords of Draenor will raise the level cap 10 levels to level 100. Players will get 3 new potent abilities at level 100. Previously rumored to be the final level, it seems that Blizzard has more plans of extending the World of Warcraft series. Blizzard has also said that this expansion’s story will carry over to the “many more” expansions to follow, which is great news for World of Warcraft fans.

An interesting new addition to Warlord of Draenor is the level boost. Upon release, you can boost one character on your account, old or newly created to level 90 and jump into the new content directly. Then there will be an introductory sequence that brings you up to speed on the storyline and gives you a little hands on with your class. This is great news for both old and new players, since old players who want to get to the endgame without going through the long leveling process can do so easily, and new players who want to catch up with their high level friends can do so faster as well. Although, we must say that the leveling process is a big chunk of the game since you explore the world, interact with characters and learn how to play your class, so it is definitely a matter of concern whether new players will be competent enough to be useful in the endgame. Blizzard has said that there are proving grounds where players can practice their class before they start on PvE or PvP content at max level. 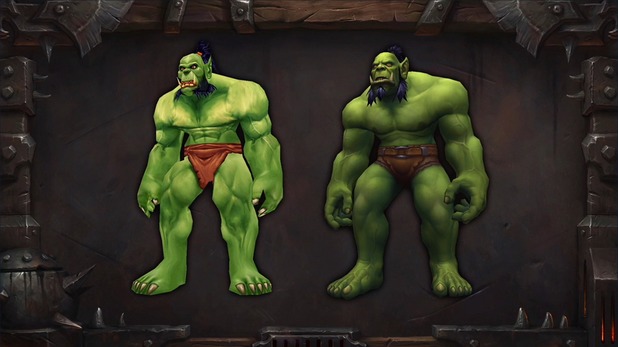 It’s been 9 years since World of Warcraft was released, and even though it’s got some graphical improvements, the engine is pretty much the same. The art is basically what keeps it fresh, and even now it’s a fairly attractive game. However, the main player character models of the original races look very inferior compared to  the newer models and this has been one of the chief complaints of WoW players for years. Blizzard had promised new models a while ago and has finally come good on that promise. All races excluding Worgen, Goblin and Pandaren will get new character models, with the Orc, Dwarf and Gnome models available to preview now. They look very nice, and will bring them up to date with the new graphical improvements and general tone of the expansion. 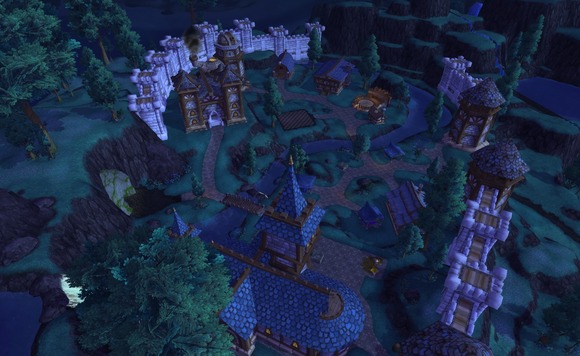 Another demand from players since a very long time has been some form of player housing. In Warlords of Draenor, players get to build a garrison, basically a base of operations on Draenor with everything you’d need including vendors, followers, limited access to professions you don’t have and much more. It will be integrated into the world and your friends can visit it anytime. The garrison can be moved as well, and will feature 3 levels, with higher levels bringing more bonuses. Different buildings will give players different bonuses, to both the player and their followers. Speaking of which, followers are NPCs that you can recruit in many different ways to complete quests, dungeons and even raids to bring back epic loot. The garrison will be customizable and feature different art for both the Alliance and the Horde. It’s a fantastic new addition that will no doubt entice both players new and old.

Of course, there are new dungeons and raids to complete for awesome loot this time around too! At launch there will be 7 dungeons, of which 4 are for leveling and 3 are for max level players. One of the leveling and heroic dungeons is a reworked version of the classic Upper Blackrock Spire. As for raids, there will be two available at launch, called Highmaul and Blackrock Foundry. There’s also a couple of new world bosses.

Flexible raid mechanics will be applied to both Normal and Heroics, and more importantly, for Raid Finder, where losing players mid raid is a common occurence. For hardcore raiders, there’s another new difficulty of raids called Mythic, which will be more difficult than Heroic and has a fixed size of 20 players.

World PvP is making a comeback in Warlords or Draenor, with a new zone called Ashran. It will be a sandboxed area with faction bosses, quest hubs and much more, but always active. Similar to Wintergrasp, but without a start and end time. Players will be able to build and use siege vehicles against the enemy and capture important areas in the zone. The best part is that Ashran will be cross realm, to create faction balance.

Battlegrounds are being tidied up as well, with players getting a chance to not only gain honor, but also bonus items, gear and more at the end of a battleground. A new battleground score will indicate how effective players have been in that particular skirmish, and will include all stats like damage, healing, completion of objectives, capturing bases etc.

The new arena ladder is called Trial of the Gladiator, a weekly event that players can queue for at fixed times so that you know you’re playing with high level players if you choose to. It will use tournament rules, so gear has to be bought from a vendor, and not grinded like usual PvP sets. Trial of the Gladiator will offer exclusive rewards not found anywhere else.

Warlords of Draenor marks World of Warcraft’s return to a more war focused expansion after what people considered to be a “light hearted” expansion and looks very interesting. A lot of the new features were demanded by the community and have finally made their way ingame, so that’s another good thing. Stay tuned for more updates and do let us know what you think of the new expansion!