Microsoft’s Xbox One is sort of a mixed bag. When it was revealed around last year, it received a lukewarm response initially because of the apparent focus on everything else but games, restrictive DRM and mandatory Kinect. Over the next few months, despite all the criticism, Microsoft listened to feedback and changed a lot of things, including releasing a console without Kinect, most recently. E3 2013 and 2014 were very game focused, however, and introduced some great games like Halo: Guardians, Sunset Overdrive, Quantum Break and more. The Gamescom 2014 conference was interesting in a lot of ways, debuting gameplay from a couple of games as well as hardware and included some pretty surprising developments. Here’s a roundup of the Microsoft Xbox Gamescom 2014 press conference!

Must read: Xbox One vs. PlayStation 4

Microsoft at Gamescom 2014 – The Essentials

One of the two Assassin’s Creed games set to release this year, Assassin’s Creed Unity is the ‘next gen’ of the pair, and is set to release on the Xbox One, PlayStation 4 and PC on October 28th. Microsoft kicked off their press conference with a new trailer that showed off the great visuals and some gameplay as well. Unity definitely looks fantastic and will probably be one of the must have games of this year. It’s set in Paris during the French Revolution, following a new character called Arno Dorian, who’s working to expose the secrets behind the revolution.

It would be blasphemy if nothing related to football was revealed at the home of the FIFA World Cup 2014 winners, and Microsoft didn’t disappoint. Europeans get an exclusive bundle with FIFA 15, in addition to the fact that both of Microsoft’s consoles get an exclusive ‘Ultimate Team Legends’, which lets you play as stars from yesteryear. If you’re looking for the definitive FIFA 15 experience, looks like Xbox is the way to go!

The new Call of Duty looks radically different from its predecessors, runs on a new engine (thankfully) and features exosuits, a la Titanfall. Debuting fresh single player footage from the campaign, Activision seems to be mighty friendly with the folks at Redmond, because there’s also an exclusive Call of Duty bundle coming this November. What does it include, you ask? An Xbox One console with a 1 TB hard disk and some nifty decals, a custom controller and headset, as well as a copy for the game. All this for $499!

The E3 Game of Year 2014 had a gameplay demo at Microsoft’s conference today, but was rather underwhelming, with a random map being played. It’s been pushed to 2015, so there’s still time for polish, and hey, it looks pretty fun. Here’s to hoping that it won’t turn out to be a dud.

Rise of the Tomb Raider – Exclusive to Xbox!

Perhaps the biggest surprise this time around was the announcement that the next installment in the much loved Tomb Raider series, sequel to the amazing reboot (Read our review here), will be an Xbox exclusive. This isn’t timed exclusivity either, you can play it only on either one of the Xbox consoles, ever! There’s word on the street that it might hit PCs as well, but PlayStation 4 owners are sadly, out of luck. Considering the fact that it debuted on the PlayStation, this is quite the snag, and after the success of the last game, could turn out to be one of the best games of 2015. 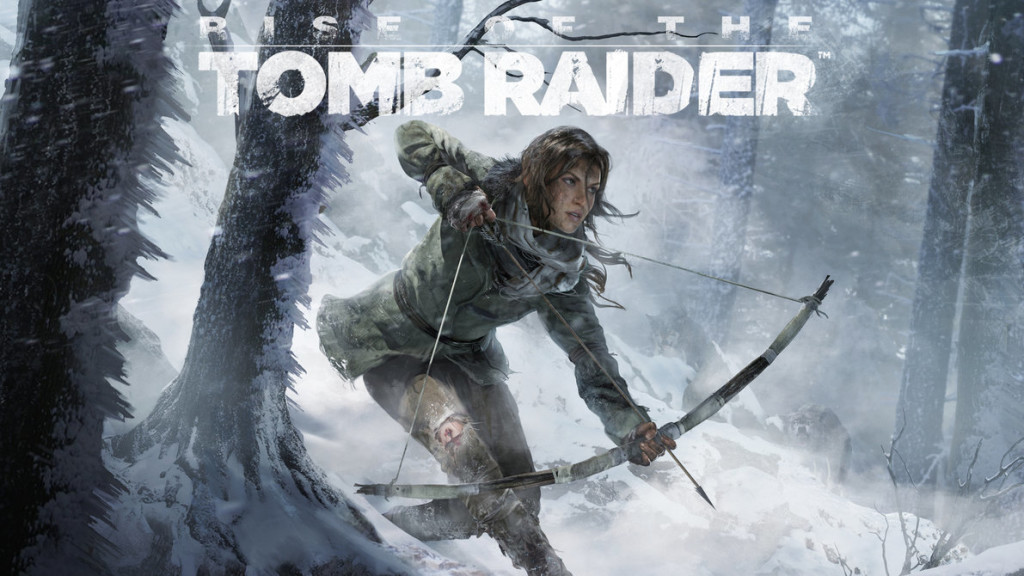 Remedy Entertainment’s new game, revealed last year, looked intriguing in the trailers, but we couldn’t really say anything about it unless and until we actually saw it in action. And today, we did. The makers of Max Payne and Alan Wake have outdone themselves with this slick looking and fun third person action game with a time travel twist. Footage shown today showed off some of the the time control powers, action sequences and cover mechanics, which looked pretty rad in that atmospheric setting. A definite must have, from what we’ve seen today!

This generation has been a lot about indies, and Microsoft’s got some pretty great ones coming to the Xbox this year and the next. There’s real doozies like Smite, Below and the absolutely stunning Ori and the Blind Forest among others, which should really shake up the catalog usually dominated by shooters.

Then there’s Screamride, an absolutely nuts rollercoaster game that encourages players to build the craziest rollercoasters they can think of, and defy the laws of gravity. You get to put innocent people through some crazy death defying (or not so defying sometimes) rides while building your themepark. If that doesn’t pique your interest, we don’t know what will!

Forza Horizon 2, sequel to Forza Horizon on the Xbox 360, something of a more accessible spin off of the original series, is all set to hit stores by the end of September. A true open world mode, along with new AI and shiny cars were shown off in the short demo.

The wacky looking third person action game from Insomniac Games was shown off as well, in addition to a new bundle. Remember that nifty looking white Xbox One that was given out to developers? You can now get your hands on one of those, with Sunset Overdrive included for $399 this November! 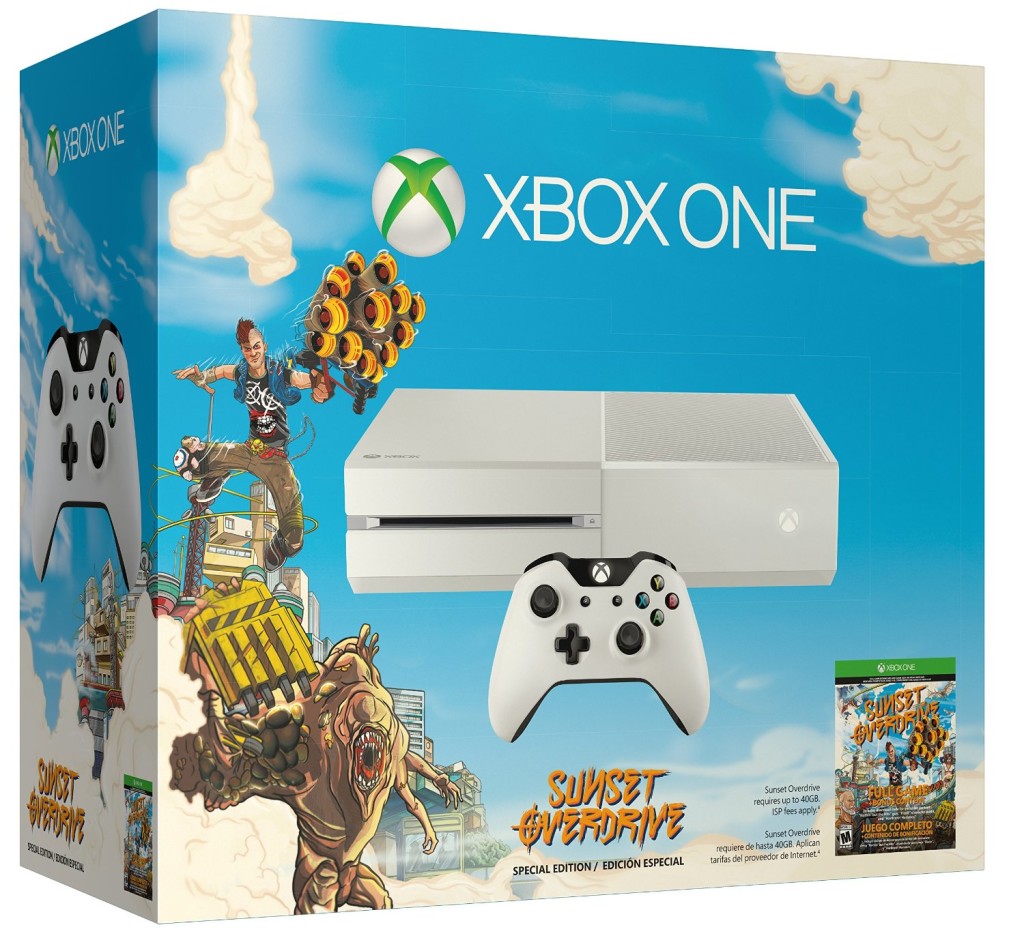 Last, but by absolutely no means the least, was the Halo showcase. The most recognizable franchise on Xbox had a great showing this Gamescom, with a preview of the classic Halo 2 map Sanctuary, announcement of the Halo 5: Guardians beta, and the Halo Channel reveal. The Halo 5: Guardians beta is all set to roll out by the end of this year to those who’ve bought the Halo: Master Chief Collection, and will run from 29 December 2014 to 18 January 2015. The lucky folks will get to sample 3 modes, 7 maps and 11 weapons, with exclusive rewards that will carry over to the full release. And finally, we were shown the Halo Channel, a new hub for all things Halo, including videos, exclusive content and rewards. It will come to Windows 8.1, Windows Phone 8.1 and of course, the Xbox One. 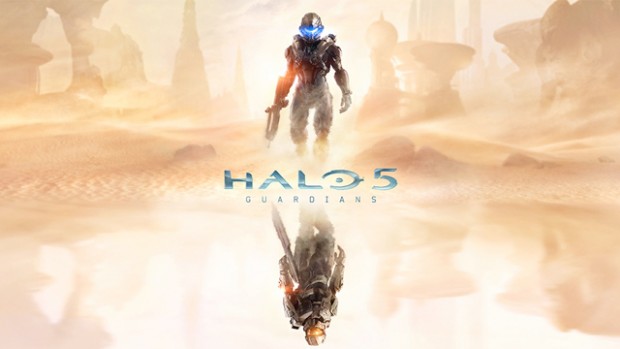 So what did you think of Microsoft’s Gamescom this year? Did it convince you to get an Xbox One or is it another dud? Let us know what you think!