All the smartphone users who are music fans can now take a look at the BlackBerry Q5. BlackBerry has made an attempt to get back on track with its cool new phone. Streaming music is the new love for users now-a-days and BlackBerry 10 gives a ton of options. The easy to handle user interface of the Rock Radio in BlackBerry is awesome. If you favor apps with a dark theme, then you would certainly love the Rock Radio with white and yellow writing on the dark background. With 35 different channels, the Radio consists of music from 60’s rock to the latest hits. With one click you can listen to anything of your choice.

The cool new app can be downloaded for free onto any of the BlackBerry 10 phones. The app is at its best on the ultra modern phone. The name of the band and the song are displayed on your phone. If you have a Wi-Fi connection it would be a great combination. The most affordable BlackBerry 10 device is priced at Rs 19,990. The BlackBerry Q5 has been slashed down by Rs 5000 to increase its sales in India. Be aware that this is just the New Year offer and the phone will sell at the normal price after January 26th. 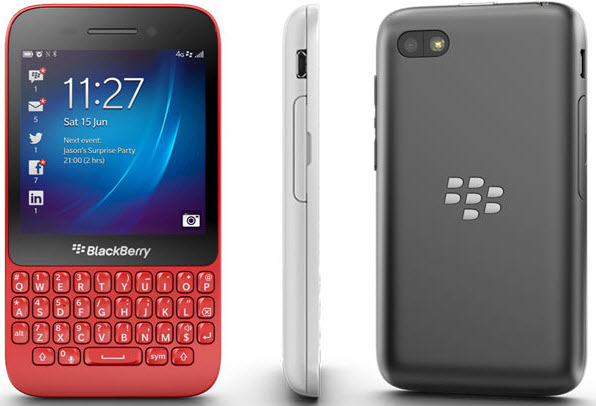 The Canadian company that was extremely popular in India a few years ago, was defeated vehemently by Android and iOS. However, the price cut downs are working well for the company and are expected to make a fair sale before the month end. BlackBerry also hopes to give competition to both iOS and Android. The BlackBerry Q5 is equipped with a super AMOLED touchscreen. The 3.1 inch smartphone has a 5MP primary camera and a 2 MP secondary one. Powered by 1.2GHz dual core Qualcomm Snapdragon S4, the phone offers 8Gb built-in memory and another 32GB expandable memory.

The device that was launched for Rs 24,990, has announced a 20% cut to bag new customers. With some major losses in the last quarter BlackBerry is striving to make its mark again in the smartphone industry. The discounts will be a way to boost the sales, so get your hands on Q5 (before the offer ends) to enjoy Rock Music and cool new features at reasonable prices.