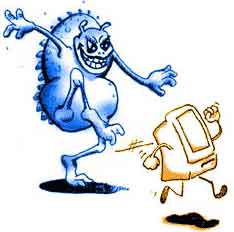 Usually we think that big hacking attack happens only in the U.S. or China. But, the actual targets are far away from these two countries. The users’ computers are targeted in varied regions. According to one of the top makers of the antivirus software, Moscow-based Kaspersky Lab revealed that the developing nations in Eastern Europe, Asia and others are most vulnerable to online assaults. 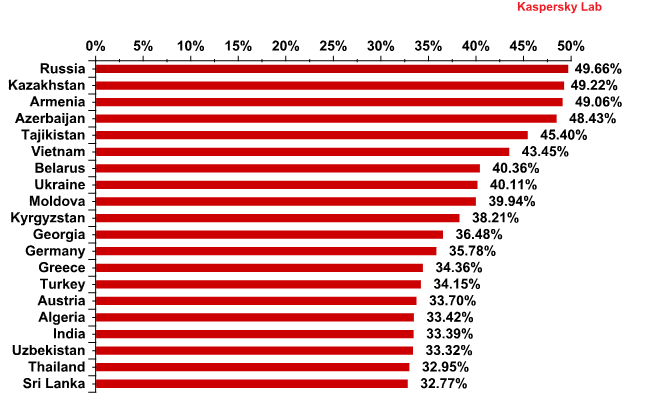 The number one risk-prone country for internet assaults is Russia. The country already has a reputation for housing the world’s most sophisticated hackers. The country ranked number one in both 2011 and 2012 as well. Kaspersky detected around 59 percent attacks of its users in 2012 from Russia. Other countries like Tajikistan, Azerbaijan, Armenia, Kazakhstan, Belarus, Bangladesh, Sri Lanka, India and Sudan follow Russia.

With fewer defenses criminals have a larger scope to attack consumers. That is exactly what the hackers are doing! They are targeting the countries which are less protected and getting all sorts of benefits from them. Developing markets provide this opportunity with millions of new Internet users every year and extremely less security. 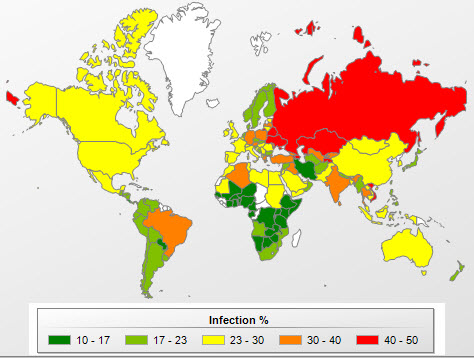 America ranked number 2 in 2011 but due to the security measures and efforts put in by law enforcements, it almost disappeared from the list. Russia is still at a great risk due to online banking and intensive criminal activity going on.

The data was gathered by Kapersky Lab products which were installed on user’s systems. The most vulnerable countries for computer infections are:

Countries with highest risk of local infection are:

Beware and stay smart by updating your software time to time. You never know when you can be hacked!